This is Not a “Recession” – This is a Total Collapse of the Financial System to Bail Out the Globalists Who Want to Enslave Us Sun Jun 19, 2022 10:06 am 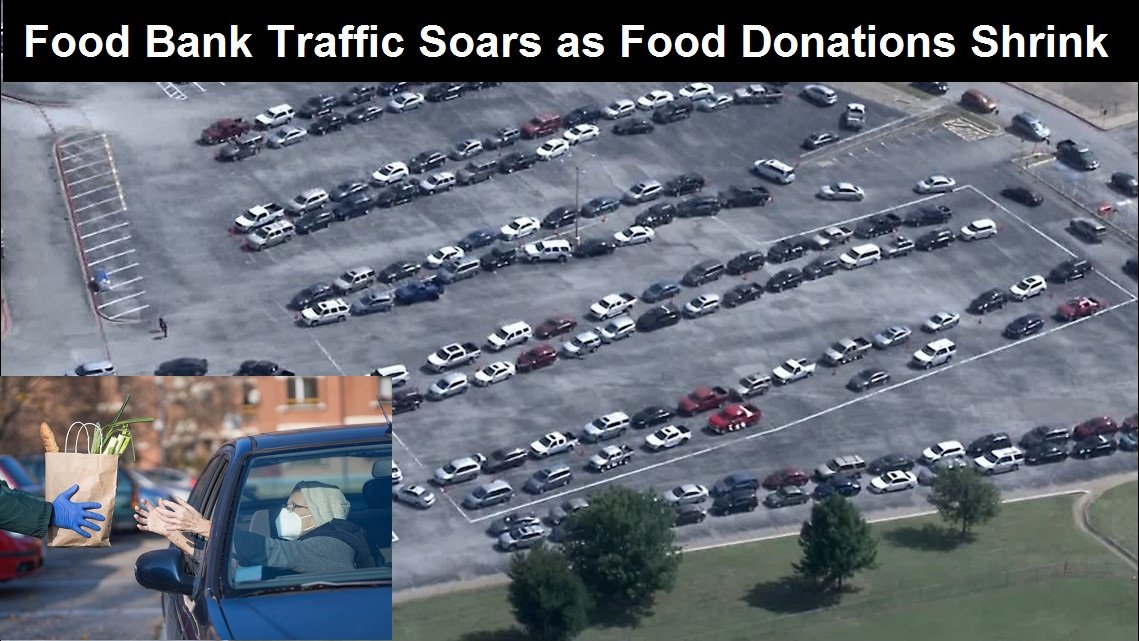 Original image source.
by Brian Shilhavy
Editor, Health Impact News
The severity of the economic disaster facing the United States continues to be minimized if not altogether ignored by the corporate media, as they use very tame words such as “recession” and “bear market” to describe the current financial conditions we are all facing.
I have confirmed this week that people are already starting to suffer from high prices on gasoline and rising prices on food, as many food banks across the country are seeing dramatic increases in traffic, while the supply of donated food to many of these food pantries is diminishing.
And things are just going to get worse, not better, so there is little time left to prepare for what is going to be the total collapse of the financial system, and the implementation of the Great Reset, which will bail out the Globalist bankers and Wall Street Billionaires and place the rest of society into a slave market, where cash will disappear, and new Central Bank Digital Currencies will be implemented for those who comply with this new system.
China is currently further ahead in implementing this new Great Reset than most other countries, as most of its residents cannot travel or participate in the economy without their digital IDs which the government controls.
For the rest of this article I am going to include perspectives on the current financial situation and what lies ahead from the alternative media, which is where you need to go now to truly understand what is happening and to combat the propaganda from the corporate media, which is controlled by the same Globalists who are implementing this “Great Reset.” 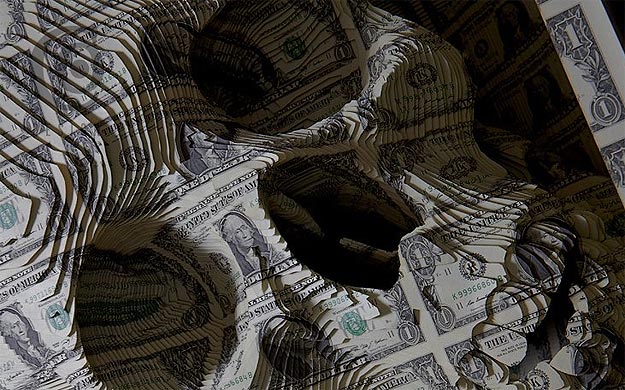 The Engineered Stagflationary Collapse Has Arrived – Here’s What Happens Next

by Brandon Smith
Alt-Market.us
In my 16 years as an alternative economist and political writer I have spent around half that time warning that the ultimate outcome of the Federal Reserve’s stimulus model would be a stagflationary collapse. Not a deflationary collapse, or an inflationary collapse, but a stagflationary collapse. The reasons for this were very specific – Mass debt creation was being countered with MORE debt creation while many central banks have been simultaneously devaluing their currencies through QE measures. On top of that, the US is in the unique position of relying on the world reserve status of the dollar and that status is diminishing.
It was only a matter of time before the to forces of deflation and inflation met in the middle to create stagflation. In my article ‘Infrastructure Bills Do Not Lead To Recovery, Only Increased Federal Control’, published in April of 2021, I stated that:

“Production of fiat money is not the same as real production within the economy… Trillions of dollars in public works programs might create more jobs, but it will also inflate prices as the dollar goes into decline. So, unless wages are adjusted constantly according to price increases, people will have jobs, but still won’t be able to afford a comfortable standard of living. This leads to stagflation, in which prices continue to rise while wages and consumption stagnate.
Another Catch-22 to consider is that if inflation becomes rampant, the Federal Reserve may be compelled (or claim they are compelled) to raise interest rates significantly in a short span of time. This means an immediate slowdown in the flow of overnight loans to major banks, an immediate slowdown in loans to large and small businesses, an immediate crash in credit options for consumers, and an overall crash in consumer spending. You might recognize this as the recipe that created the 1981-1982 recession, the third-worst in the 20th century.
In other words, the choice is stagflation, or deflationary depression.”

It’s clear today what the Fed has chosen. It’s important to remember that throughout 2020 and 2021 the mainstream media, the central bank and most government officials were telling the public that inflation was “transitory.” Suddenly in the past few months this has changed and now even Janet Yellen has admitted that she was “wrong” on inflation. This is a misdirection, however, because the Fed knows exactly what it is doing and always has. Yellen denied reality, but she knew she was denying reality. In other words, she was not mistaken about the economic crisis, she lied about it.
As I outlined last December in my article ‘The Fed’s Catch-22 Taper Is A Weapon, Not A Policy Error’:

‘First and foremost, no, the Fed is not motivated by profits, at least not primarily. The Fed is able to print wealth at will, they don’t care about profits – They care about power and centralization. Would they sacrifice “the golden goose” of US markets in order to gain more power and full bore globalism? Absolutely. Would central bankers sacrifice the dollar and blow up the Fed as an institution in order to force a global currency system on the masses? There is no doubt; they’ve put the US economy at risk in the past in order to get more centralization.’

The Fed has known for years that the current path would lead to inflation and then market destruction, and here’s the proof – Fed Chairman Jerome Powell actually warned about this exact outcome in October of 2012:

“I have concerns about more purchases. As others have pointed out, the dealer community is now assuming close to a $4 trillion balance sheet and purchases through the first quarter of 2014. I admit that is a much stronger reaction than I anticipated, and I am uncomfortable with it for a couple of reasons.First, the question, why stop at $4 trillion? The market in most cases will cheer us for doing more. It will never be enough for the market. Our models will always tell us that we are helping the economy, and I will probably always feel that those benefits are overestimated. And we will be able to tell ourselves that market function is not impaired and that inflation expectations are under control. What is to stop us, other than much faster economic growth, which it is probably not in our power to produce?

When it is time for us to sell, or even to stop buying, the response could be quite strong; there is every reason to expect a strong response. So there are a couple of ways to look at it. It is about $1.2 trillion in sales; you take 60 months, you get about $20 billion a month. That is a very doable thing, it sounds like, in a market where the norm by the middle of next year is $80 billion a month. Another way to look at it, though, is that it’s not so much the sale, the duration; it’s also unloading our short volatility position.”

Our Economy In a Nutshell

» The Bail-in: Financial Collapse To Steal Your Money - The David Icke Videocast
» Collapse Of The Central Banking System: The Jig Is Up. Cracks In The System Are Starting To Appear All Over The Place.
» Ken's Blog: The Globalists are accelerating the rollout of their new financial system
» Former US Treasury Official – U.S. To Experience Total Collapse
» URGENT: 3 NEW SIGNS TOTAL ECONOMIC COLLAPSE IS IN PROGRESS