Caleb Swanigan: How can a 25-year-old die from natural causes?


The term means someone didn't kill him and it wasn't an accident. It is common since the jabs rolled out for young people to die unexpectedly like this. It is only happening to the vaccinated...

Doctors remained puzzled as to why all these healthy young people like Caleb Swanigan are dying of natural causes. In every case, there is no foul play or drugs involved. Their body just suddenly “stops working.”
And all these weird deaths only started happening after the COVID vaccines rolled out. And they are only happening to vaccinated people.
These deaths have something in common that is causing them, but none of the mainstream doctors, coroners, or medical examiners can figure out the pattern. It’s puzzling. A real medical mystery!
Even the people on Twitter are absolutely baffled. As you can see from reading these tweets, they don’t have a clue either as to what might be causing these deaths:

I got a text today from my friend Paul Romero (he runs a great gym in Maui called Makena Crossfit) who alerted me to the death of 25-year-old Caleb Swanigan from “natural causes.”

Paul pointed out that Caleb went from being homeless to about to be an NBA top pick. And now he’s dead, right before the big payoff that he worked so hard to achieve.

So I call Paul on the phone and we talked about how we never used to see stories like this in the past, but now they seem to be happening at least once a week with a prominent person all with the same pattern: Sudden death. Unexpected. Vaccinated. Cause of death covered up.

Ravens' Jaylon Ferguson dies at 26: Linebacker was a third-round pick in 2019 NFL Draft 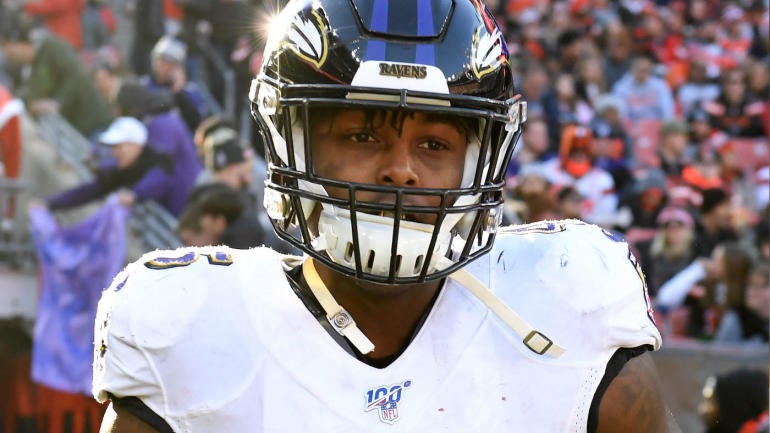 USATSI
Baltimore Ravens linebacker Jaylon Ferguson has died at the age of 26, the team announced on Wednesday. Ferguson was a third-round pick of the Ravens in 2019 who earned his way into the NFL by becoming a star player for Louisiana Tech. In three seasons with the Ravens, Ferguson totaled 67 tackles and 4.5 sacks.
Ferguson was the C-USA Defensive Player of the Year in 2018 and earned first-team All-C-USA honors on two separate occasions -- while setting school and NCAA sack records in the process.
After earning MVP honors in the 2018 Hawaii Bowl, the Louisiana native was selected by the Ravens in the 2019 NFL Draft as the 85th overall pick, spending three seasons in Baltimore and ingratiating himself with the city. The Ravens organization issued the following statement after Ferguson's death:

"We profoundly saddened by the tragic passing of Jaylon Ferguson. He was a kind, respectful young man with a big smile and infectious personality. We express our heartfelt condolences to Jaylon's family and friends as we mourn a life lost much too soon."

The cause of death is currently unknown.

Posted BY: Wyatt | NwoReport
Tony Siragusa, a longtime NFL player and fan favorite, has died at age 55.
The massive 6-foot-4, 360-pound defensive tackle and New Jersey native was a beloved member of a Baltimore Ravens team that beat the New York Giants in Super Bowl XXXV at the end of the 2000 NFL season. Siragusa went on to act in several episodes of HBO‘s Sopranos and became a sideline reporter for Fox’s NFL broadcasts.
Details surrounding Siragusa’s death have not been revealed, but multiple reports state he died in his sleep on Monday. He was vaccinated in 2021.
‘He was the leader, he was our captain,’ Siragusa’s former Ravens teammate Brad Jackson told NFL reporter Aaron Wilson. ‘He meant everything to everyone. It’s a sad day. I just talked to him on Sunday. It’s terrible.’
Siragusa’s death marked an already tragic day for the Ravens, who lost 26-year-old linebacker Jaylon Ferguson on Tuesday. Baltimore police have yet to reveal a cause, but said Wednesday they found him at a local residence at 11:26pm on Tuesday while responding to a report of a ‘questionable death.’

Police are not ruling out the possibility of an overdose death in Ferguson’s case.

As for Siragusa, the gregarious former University of Pittsburgh star told Howard Stern in 2012 that heart disease runs in his family, adding that his father died of a heart attack at 48.
‘If I die tomorrow, I told my wife, just put a smile on my face,’ Siragusa told Stern. ‘Put a little [Frank] Sinatra on.’
Siragusa’s former teammate Jamal Lewis told TMZ that it is ‘a sad day to be a Raven.’
Undrafted out of college, Siragusa caught on with the Indianapolis Colts in 1990 and quickly gained a reputation for eating up blockers to allow other defenders to attack ball carriers.
The man known as ‘Goose’ later signed with the Ravens in 1997, joining what would become one of the most feared defenses in NFL history.
Siragusa is survived by his wife Kathy and three children, Samantha, Ava, and Anthony Jr.

» Mind-Blowing: There is a 2 BILLION-Year-Old natural Nuclear Reactor in Africa!
» Doctors in India Rediscover Coconut Oil’s 4000 Year History in Natural Medicine – Including Destroying Viruses
» 300 Million Year Old Machinery Found In Russia, Experts Say Aluminum Gear Not The Result Of Natural Forces, May Be Extraterrestrial | Beyond Science
» Up to 65% Increase in Deaths Among 18-49 Year Olds in the U.S. During 2021, the Year of the Experimental COVID “Vaccines”
» Pfizer Admits Myocarditis Risk for 5-12 Year-Olds Requires 5-Year Study