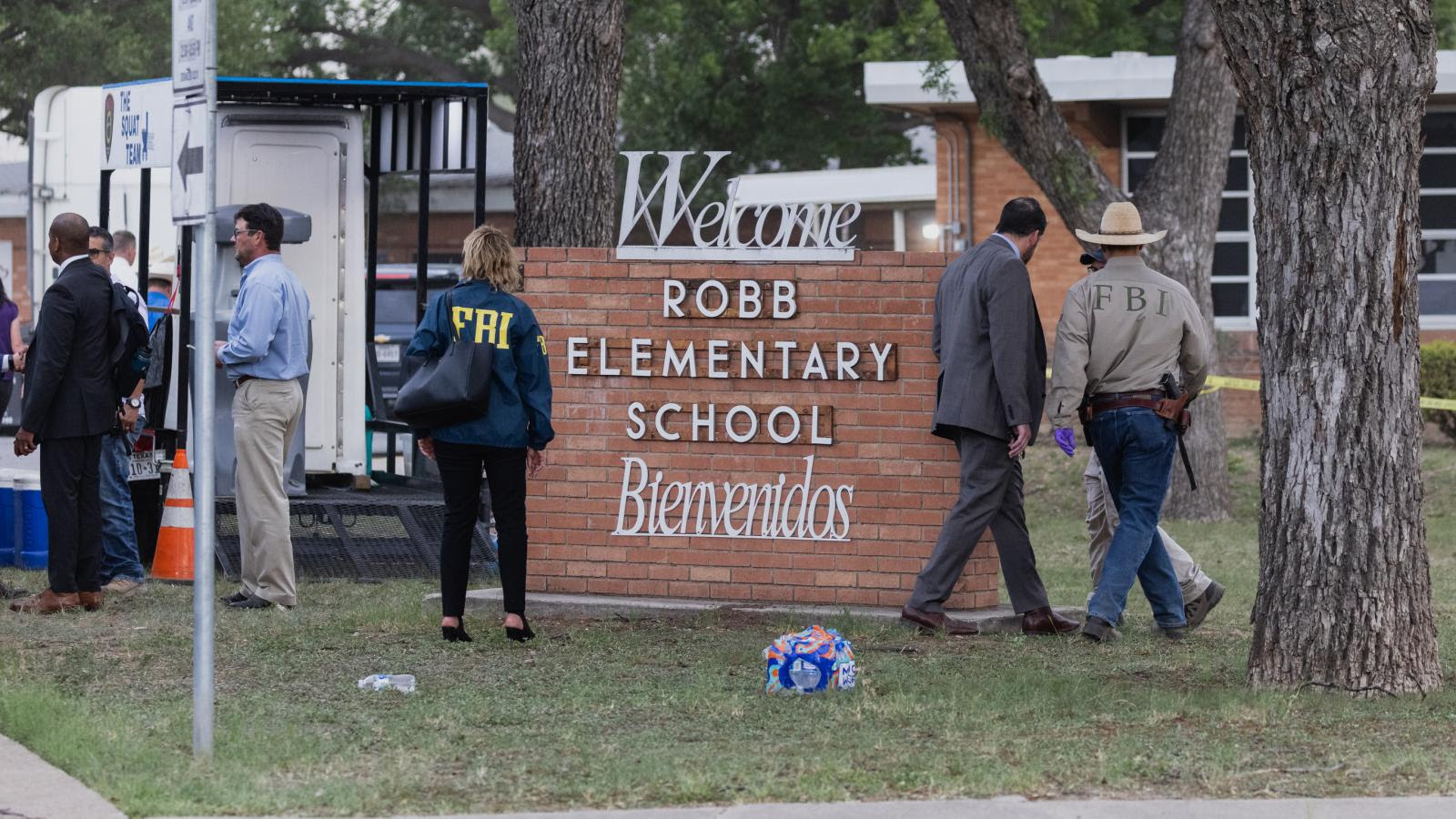 "From the beginning of this horrible event, I shared that the district would wait until the investigation was complete before making personnel decisions," Uvalde Superintendent Hal Harrell wrote

Uvalde School District Police Chief Pete Arredondo was placed on administrative leave Wednesday, amid an investigation into law enforcement response to the mass shooting.
"From the beginning of this horrible event, I shared that the district would wait until the investigation was complete before making personnel decisions," Uvalde Superintendent Hal Harrell wrote in a press release that the Associated Press obtained.
An investigation is ongoing into the law enforcement response to the elementary school shooting that left 21 dead, including 19 children.
At a state Senate hearing earlier this week, Texas Department of Public Safety Director Steve McCraw testified that officers could have stopped the gunman three minutes into the massacre, which ended up lasting for more than an hour.
McCraw slammed Arredondo for deciding "to place the lives of officers before the lives of children" by telling law enforcement to not neutralize the shooter, the AP reported.
"Today, I am still without details of the investigations being conducted by various agencies. Because of the lack of clarity that remains and the unknown timing of when I will receive the results of the investigations, I have made the decision to place Chief Arredondo on administrative leave effective on this date," Harrell said on Wednesday, adding that "Lieutenant Mike Hernandez will assume the duties of the UCISD Chief of Police."

We got an officer whose wife called him and said she’d been shot and she’s dying… He was detained, and they took his gun away from him and escorted him off the scene.”

Posted Posted: Wyatt | NwoReport
Source: InfoWars
The husband of a Robb Elementary school teacher who died during the mass shooting in Uvalde, Texas, reportedly responded to her phone call for help, only to be detained by officers on the scene.
The incident was discussed during a Texas Senate hearing Tuesday, where lawmakers heard from Texas Department of Public Safety Director Steve McCraw that the husband of slain teacher Eva Mireles, school resource officer Ruben Ruiz, was blocked from saving his dying wife.

The husband of Eva Mireles, a teacher who was killed, is a #Uvalde schools police officer who responded to scene. He knew his wife had been shot. When he tried to go in the classroom to get her he was “detained” & his gun was taken from him, said DPS head Steve McCraw.
1:02 PM · Jun 21, 2022


“There is compelling evidence that the law enforcement response to the attack at Robb Elementary was an abject failure, and antithetical to everything we’ve learned over the last two decades since the Columbine Massacre,” McCraw said.
“Three minutes after the subject entered the west hallway, there was sufficient number of armed officers wearing body armor, to isolate distract and neutralize the subject,” he said.
“The only thing stopping a hallway of dedicated officers from entering room 111 and 112 was the on-scene commander, who decided to place the lives of officers before the lives of children,” McCraw said. “The officers had weapons – the children had none. The officers had body armor – the children had none.”
McCraw’s testimony came as new images surfaced from school surveillance cameras showing police officers with ballistic shields and rifles waited over 58 minutes to enter the classroom room where 18-year-old Salvador Ramos was shooting children.