Ayahuasca and the Endocannabinoid System 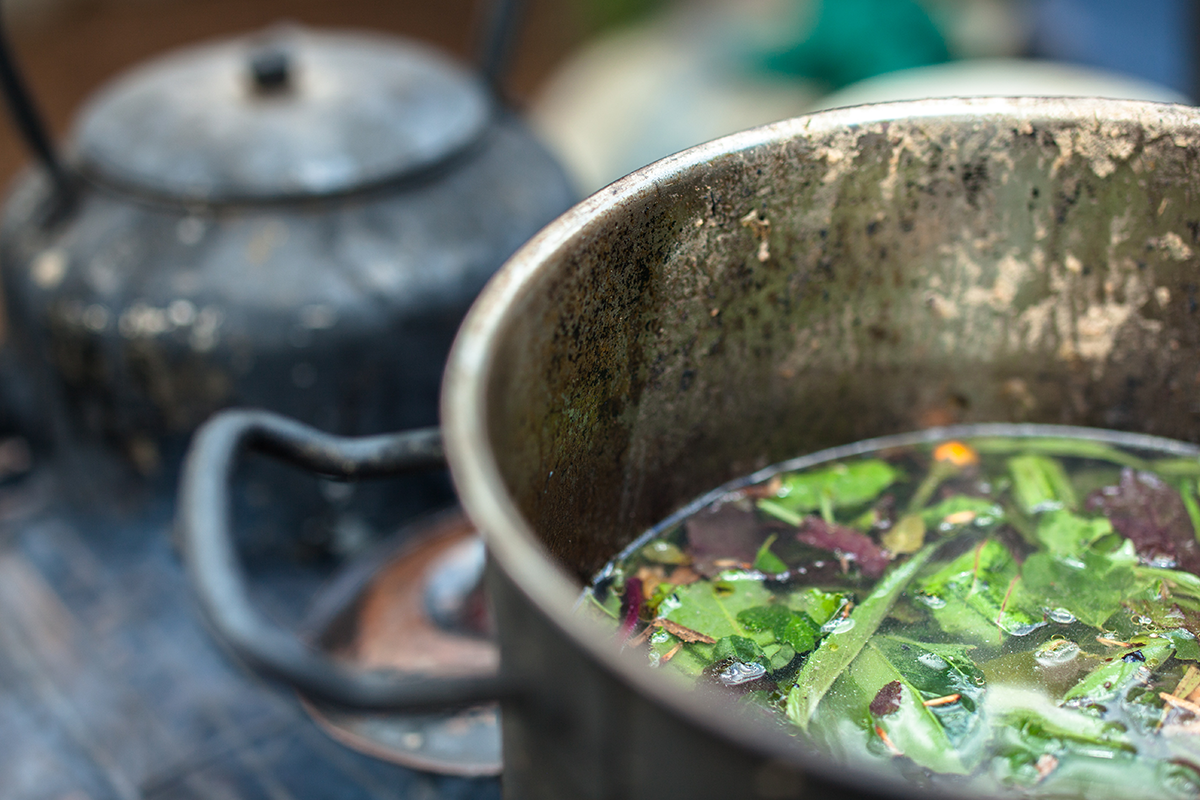 Ayahuasca and the Endocannabinoid System

Much as THC exerts the majority of its psychoactive effects through the CB1 cannabinoid receptor, the “classic” psychedelics – LSD, psilocybin, mescaline, and dimethyltryptamine (DMT) – are defined by activation of the serotonin 5-HT2A receptor.
Widely distributed throughout the central nervous system, 5-HT2A receptors mediate a number of important processes including learning and memory, perception, inflammation, hormone regulation, and of course hallucination.
Given the role of the endocannabinoid system (ECS) as a “master regulator” of many of these functions and more, perhaps we shouldn’t be surprised that 5-HT2A likely manifests some of its downstream effects by altering the release and signaling of endocannabinoids.

coauthored by esteemed psychedelic scientist David Nichols, documents a spike in the endocannabinoid 2-AG, but not in anandamide, the other major endocannabinoid, following stimulation with serotonin of 5-HT2A receptors in rat brain cells. The paper concludes that “neurotransmitters such as serotonin may act as regulators of endocannabinoid tone.”
Another study


two years later goes a step further by demonstrating that activation of 5-HT2A in rat neurons by serotonin affects not only the release of endocannabinoids but also the expression of the CB1 receptor. A target of 2-AG, anandamide, and THC alike, this cannabinoid receptor is key to the psychoactivity of cannabis and plays a role in many cognitive and physiological processes. “These findings establish a link between serotonin signaling and endocannabinoid signaling,” the authors write. “It seems likely that this mechanism could mediate many of the actions of 5-HT2Rs throughout the brain.”

Serotonin may act as a regulator of endocannabinoid tone.

Today, some 15 years on, two new studies from two separate research groups explore this link in human subjects following a psychedelic dose of ayahuasca, a complex brew containing DMT, a 5-HT2A agonist and potent psychedelic, as well as other plant compounds that may interact with the endocannabinoid system in less direct ways.
Whether or not any clear conclusions can yet be drawn, this research represents a notable step forward in the investigation of crosstalk between these two critical neurotransmitter systems and of the physiological cascade involved in the psychedelic experience.

Partially informed and inspired by these two preliminary studies, a team of researchers based in Brazil, where ayahuasca, the potent hallucinogenic plant concoction, has a long history of shamanic use, sought to answer a decidedly modern scientific question: How does ayahuasca administration affect endocannabinoid levels in healthy volunteers versus those diagnosed with social anxiety disorder?
To learn more, the team conducted two small pilot, proof-of-concept randomized and placebo-controlled trials. In the first, 20 healthy individuals ingested a single dose of ayahuasca or placebo. In the second, 17 individuals with social anxiety disorder also received a placebo or a single (though roughly half-as-potent) serving of ayahuasca. Blood draws at baseline and 90 and 240 minutes after administration were subsequently used to analyze levels of anandamide and 2-AG.

The ECS is involved in mediating the physiological effects of psychedelic drugs.

The results, published in the journal Human Psychopharmacology in February 2022,


indicate high variability in both trials, with biphasic effects observed in some cases (usually an increase followed by a decrease, though sometimes the opposite), and in others steady increases or decreases. Few findings were statistically significant; takeaways are hard to come by.
“Considering the results of both tests together, it seems that in social anxiety disorder patients, ayahuasca increased [anandamide] levels from baseline to 90 minutes after its intake, reducing them below baseline levels at the 240-minute time-point,” the authors summarize, adding: “The study may have been underpowered due to the small sample, and it is possible that statistically significant differences could be observed if the sample was larger.”
Interestingly, not only were the results mixed and unaligned with preclinical findings, but they were also inconsistent with earlier findings from the same team. In a short case report published as a letter to the editor in the Journal of Clinical Psychopharmacology in 2018,


the researchers describe measuring endocannabinoid levels in the blood of a single healthy, 34-year-old male both before and 90 and 240 minutes after ayahuasca intake. The result? For anandamide, a steady decline below baseline; for 2-AG, a slight decrease followed by a sharper increase.

For those counting along – that’s four different studies drawing four different conclusions. And here is a fifth: another study, published in the May 2022 issue of Biomedicine and Pharmacotherapy,


in which plasma samples were collected from 23 healthy regular users of ayahuasca in the Netherlands before and after consumption.
The scope of this study was far broader than those discussed above, as the Spain-based researchers measured levels of a long list of metabolic markers including amino acids, hormones, neurotransmitters, and a dozen endocannabinoids including anandamide, 2-AG, and lesser-known compounds like DHEA, OEA, 2-OG, 2-LG, LEA, and DEA. But as far as the two primary endocannabinoids go, the researchers observed that ayahuasca consumption increased levels of anandamide and decreased levels of 2-AG.
While this is essentially the exact opposite of what was observed in the Brazilian team’s 2018 case study, it doesn’t make much sense to compare the two given their different designs. Nor does it really make sense to attempt to stack any of the human studies up against the early preclinical work because of the exponentially greater complexity involved in administering a complex botanical brew to humans versus straight serotonin to rat brain cells in vitro.
What we can glean thus far from all the conflicting data is this: The endocannabinoid system is modified through activation of the same cell receptor targeted by classic psychedelics, and the ECS is somehow involved in mediating the physiological effects of these powerful drugs. And that sounds like an avenue worth exploring more.

Nate Seltenrich, an independent science journalist based in the San Francisco Bay Area, covers a wide range of subjects including environmental health, neuroscience, and pharmacology. Copyright, Project CBD. May not be reprinted without permission.