OUT OF MIND » BREAKING NEWS & HOT TOPICS » THE GREAT DIE OFF » As Thousands of Its Members Remain Unvaccinated, Navy Replaces Weekly Updates With Monthly Reports

The U.S. Navy this week said it will move to monthly reporting of COVID-19 vaccine separations, in place of weekly updates, as thousands of its members remain unvaccinated just days before the U.S. military’s June 30 mandate deadline. 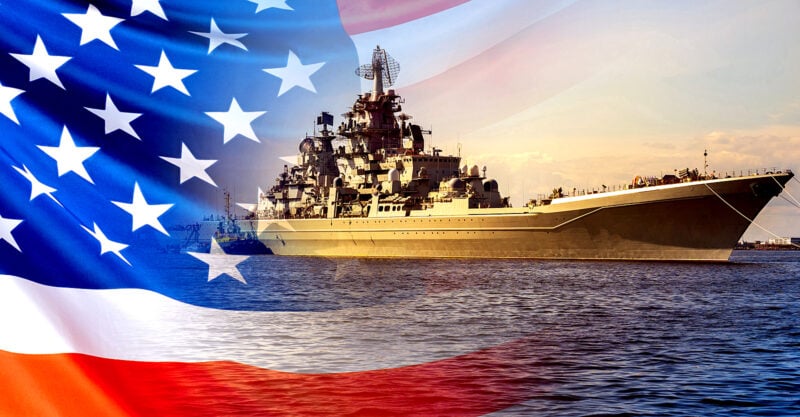 Miss a day, miss a lot. Subscribe to The Defender's Top News of the Day. It's free.
The U.S. Navy this week said it will move to monthly reporting of COVID-19 vaccine separations, in place of weekly updates, as thousands of its members remain unvaccinated just days before the U.S. military’s June 30 mandate deadline.
Navy officials said the change was made because separation figures in the last two weeks were in the single digits — only two active-duty sailors and 25 reservists were separated by the Νavy during the last two weeks.
According to military.com, “separation” encompasses “discharge, release from active duty, release from custody and control of the Armed Forces, transfer to the Individual Ready Reserve, and similar changes in active or reserve status.”
The Navy announced the change June 22, the same day The Defender reported on claims by a U.S. Army whistleblower that the U.S. Department of Defense (DOD) was considering pushing back the June 30 deadline for the “full” vaccination of service members.
According to the whistleblower, who provided internal documents to support his statements, military officials were concerned enforcement of the deadline could lead to the Army being “combat-ineffective” because as many as 120,000 members of the Army remain unvaccinated and recruitment numbers in recent months have been low.
It is unclear whether any change to the June 30 deadline would apply only to the Army, or to all branches of the armed forces.
In total, 998 active-duty members of the Navy and 209 reservists have been separated, according to the Navy’s USNI News. Separations began as early as December 2021.
USNI News reported there are 3,371 active-duty sailors and 3,448 reservists who are not fully vaccinated. USNI did not provide a breakdown of how many service members received only one dose of a COVID-19 vaccine versus those who received none.
According to figures for fiscal year 2022, provided by Statista, there are 346,200 members serving in the Navy.
Only 45 active-duty requests for religious exemptions were approved by the Navy, USNI News reported.
An earlier article by USNI News stated that as of June 2, the Navy had approved 14 permanent and 213 temporary medical exemptions for active-duty sailors, in addition to one permanent and 78 temporary exemptions for reservists.
It is unclear whether these numbers reflect a full and accurate picture of the number of members who actually are unvaccinated.
USNI News also noted the Navy “cannot currently separate anyone who submitted a religious exemption against the COVID-19 vaccine due to a legal ruling in the Fifth Circuit.”
That statement refers to a Feb. 28 ruling in U.S. Navy SEALs 1-26 v. Biden that “preliminarily enjoined the Department of Defense … from enforcing certain COVID-19 vaccination requirements against 35 Navy special warfare personnel and prohibited any adverse actions based on their religious accommodation requests.”
As part of negotiations for the proposed National Defense Authorization Act for fiscal year 2022, the U.S. House Armed Services Committee on June 22 debated the issues related to religious exemptions.
Following the meeting, Rep. Doug Lamborn (R-Colo.) issued a statement, saying:
“The small number of religious exemptions that have been granted proves that there is something wrong in this process.
“Not only are individuals being denied these exemptions, but cadets and service members who request accommodations are being unjustly punished.”
Lamborn introduced an amendment that would urge the DOD to amend the existing procedure for vaccine-related religious exemption appeals for service members. The amendment was not passed.
However, an amendment that was approved, according to USNI News, was one “extending the honorable or general discharge characterization for separations.”
USNI News noted “multiple lawsuits” have been filed against the Navy and other branches of the military, in support of exemptions for natural immunity and disputing the legality of mandating an Emergency Use Authorization (EUA) product.
Several lawsuits “have begun mentioning the idea that the FDA-approved Pfizer vaccine, which is marked under brand name Comirnaty, is a different formula than the version of the Pfizer vaccine, which received emergency use authorization.”
As previously reported by The Defender, a U.S. District Court judge in Nov. 2021 rejected the DOD’s argument that the Pfizer-BioNTech EUA vaccine and the fully approved Pfizer Comirnaty vaccine are “interchangeable.”

OUT OF MIND » BREAKING NEWS & HOT TOPICS » THE GREAT DIE OFF » As Thousands of Its Members Remain Unvaccinated, Navy Replaces Weekly Updates With Monthly Reports