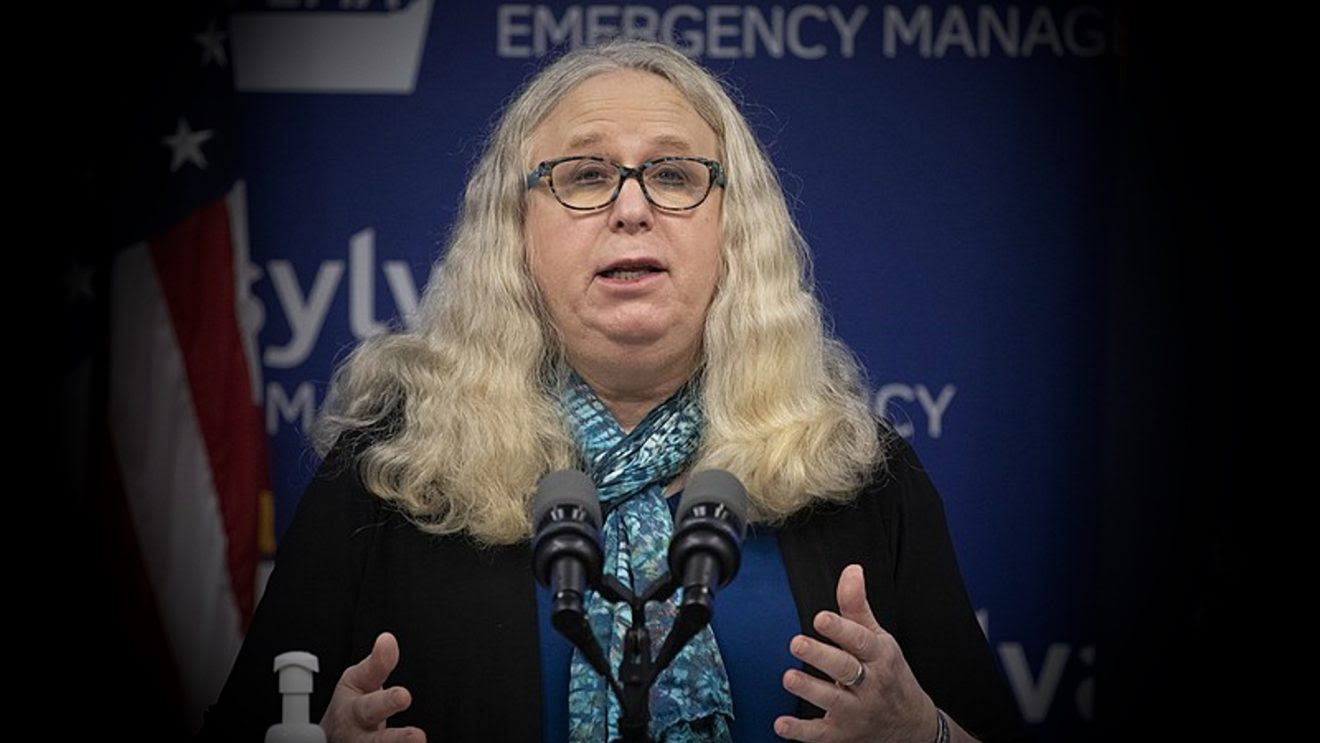 I have a two-sentence introduction before we get to the guts of this story:
Whenever a typical “liberal” college educated parent hears a doctor or medical bureaucrat utter a pronouncement, the parent, like a doomed trained monkey, AUTOMATICALLY replies, “Well, this evidence certainly has some merit…”
God help the child who has such a parent.
Gateway Pundit has the story. Here are quotes; then I’ll have comments.
“Joe Biden’s transgender Assistant Health Secretary Dr. Rachel (Richard) Levine spoke at a DNC pride month event on Friday.”
“On Friday, Dr. Levine said sex reassignment surgery (castration) and puberty blockers (chemical castration) for KIDS is ‘lifesaving, medically necessary, age appropriate, and a critical tool’.”
“Levine recently said that there is no debate about ‘gender-affirming’ care for kids.”
“’There is no argument among medical professionals — pediatricians, pediatric endocrinologists, adolescent medicine physicians, adolescent psychiatrists, psychologists, etc. — about the value and the importance of gender-affirming care,’ Levine said.”
“According to the American College of Pediatricians, no single long-term study demonstrates the safety or efficacy of puberty blockers, cross-sex hormones, and surgeries for transgender-believing youth.”
“Puberty blockers may cause depression and other emotional disturbances related to suicide. The package insert for Lupron, the number one prescribed puberty blocker in America, lists ‘emotional instability’ as a side effect and warns prescribers to ‘Monitor for development or worsening of psychiatric symptoms during treatment’.”
OK. The big takeaway from these statements is: we’re supposed to believe we’re talking about a MEDICAL condition and MEDICAL TREATMENT.
Once that bell is rung, all bets are off. “Well, the doctor says Jimmy has gender dysphoria, a medical/psychiatric condition, and his desire to transition to a girl needs treatment. The treatment allows him to make the transition.”
As with other issues, the word from on high is, the science is settled.
Forget the fact that the American College of Pediatricians disagrees. Ultimately, what is and isn’t science is decided at a political level.
Forget the fact that gender dysphoria has no defining physical diagnostic test. No blood test, no urine test, no hair test, no genetic assay, no brain scan. Its existence as a condition is backed by zero evidence.
Forget the fact that the treatments are toxic and destructive.
The medical/political colossus has spoken. Doubters are now referred to “the science.”
This is how medical dictatorship operates. You might recall that’s how it operated with a little thing called COVID.
Dr. Rachel Levine is trying out for the role of Anthony Fauci.
Civilians everywhere want to argue against children undergoing transition to another gender, but the authorities want to head that off at the pass by claiming “it’s all medical and we have the knowledge and you don’t know anything. Case closed.”
If parents huddle in the dark, afraid of a scornful look from a doctor or a medical bureaucrat, the war is over. It’s lost. The war against children will be scorched earth and scorched lives.
I can hear that college educated parent I referred to saying, “Well, to be reasonable, there is some merit to the argument that certain young children have a need to transition, and we have to discern these cases carefully and consider the medical evidence…”
This is what all losers say just before the enemy pours tons of gasoline on the fire and the city burns down.

» China and the Agenda for Technocratic Global Dictatorship
» ALERT! GB RIGHT!!! UNCONSTITUTIONAL TROJAN HORSE BILL ~ THROWS US INTO NWO UNDER DICTATORSHIP ???
» Clinton Foundation admits receiving Qatar dictatorship’s money
» Irish Medical Doctor: The Shots Are Killing People! We Need to Stop this! Her Medical License Was Just Suspended
» Banning David Icke is WRONG - because it strengthens his claim that we’re sleepwalking towards DICTATORSHIP