OUT OF MIND » BREAKING NEWS & HOT TOPICS » THE GREAT DIE OFF »  “My Body, My Choice” Activists Malfunction When Asked About Vaccine Mandates

“My Body, My Choice” Activists Malfunction When Asked About Vaccine Mandates

“My Body, My Choice” Activists Malfunction When Asked About Vaccine Mandates Wed Jun 29, 2022 8:37 am 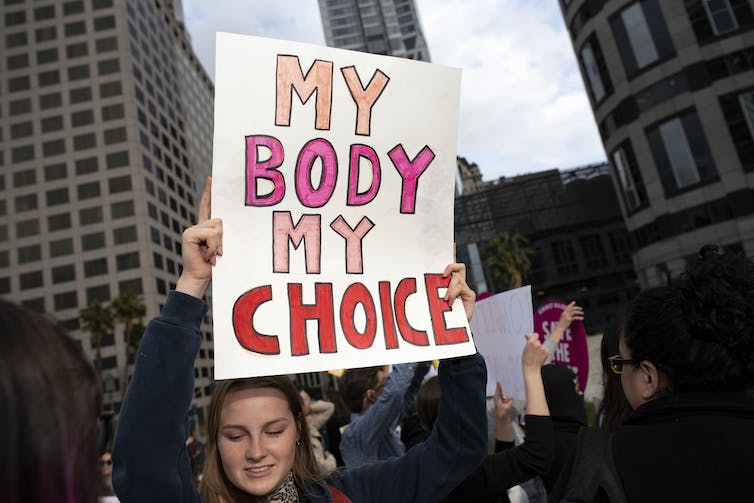 “My Body, My Choice” Activists Malfunction When Asked About Vaccine Mandates
Published: June 28, 2022

A video shows pro-abortion activists who embrace the concept of “my body, my choice” having brain malfunctions when asked about vaccine mandates.
The past few days have seen infinite instances of the same people who called those skeptical of mandatory vaccines every slur in the book suddenly do a 180 and claim the government has no right to have a say over their bodily autonomy.
That made for some interesting responses when Alex Stein confronted Roe vs Wade demonstrators with the hypocrisy of their own rhetoric.
“Are you in favor of my body, my choice?” Stein asked protesters, all of whom agreed.
“What about vaccine mandates?” he countered.
One man responded by engaging in a deluge of verbal diarrhea, while another simply said, “Get the fuck out of here, man.”


Vaccine mandates were “better for the community,” said another woman, before refusing to accept that a baby was a baby.
“That isn’t a baby,” said another woman who was pro-vaccine mandates.
“I’ll throw your phone on the floor if you don’t stop,” another man angrily responded.
“This is not going where we want it to go,” said another older woman who could not compute the dichotomy while her husband held a sign saying “sick of the hypocrisy.”
“A striking feature of liberal ideology is its lack of internal coherence,” writes Dave Blount.
“At the risk of stating the obvious, the difference between abortion and mandatory vaccines is that with abortion, it is not about your body. It is the baby’s body that stands to get dismembered.”
Meanwhile, the same activists are now threatening to go on a “sex strike,” presumably thinking they are owning Christian conservatives by engaging in abstinence.
The mind boggles.

OUT OF MIND » BREAKING NEWS & HOT TOPICS » THE GREAT DIE OFF »  “My Body, My Choice” Activists Malfunction When Asked About Vaccine Mandates