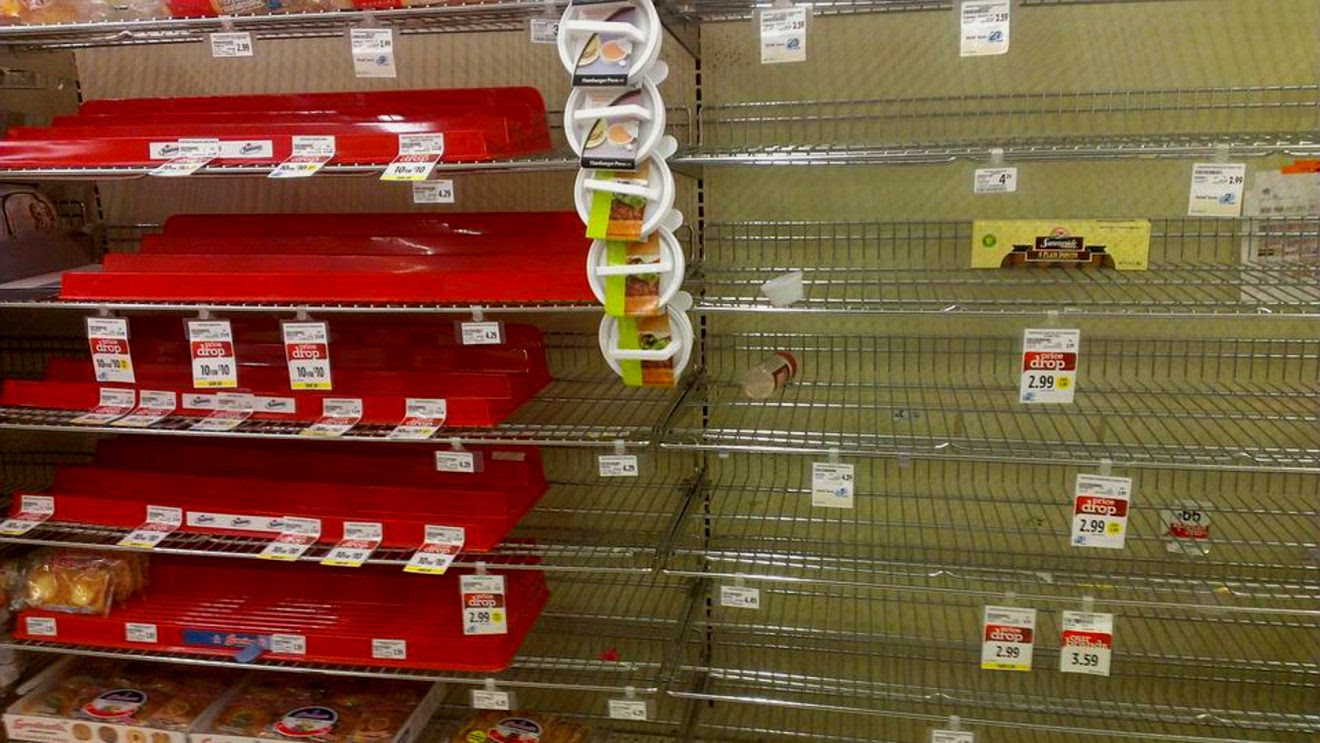 Just a few months into the COVID-19 pandemic — and almost two years before global health officials warned of a food shortage crisis — the Rockefeller Foundation issued a report predicting the crisis and offering up solutions, including “shifts to online enrollment, online purchasing of food.”

Just a few months into the COVID-19 pandemic — and almost two years before global health officials warned of a food shortage crisis — the Rockefeller Foundation issued a report predicting the crisis and offering up solutions, including “shifts to online enrollment, online purchasing of food.”
In a report published July 28, 2020, “Reset the Table: Meeting the Moment to Transform the U.S. Food System,” the foundation described “a hunger and nutrition crisis … unlike any this country has seen in generations.”
The authors blamed the crisis on COVID-19.
The report concluded the crisis would have to be addressed not by strengthening food security for the most vulnerable, but by revamping the entire food system and associated supply chain — in other words, we would need to “reset the table.”
The Rockefeller Foundation called for this food system “reset” less than two months after the World Economic Forum (WEF), on June 3, 2020, revealed its vision for the “Great Reset.”
Some of the contributors to the Rockefeller Foundation report are WEF members; a few of which, along with other proponents of “resetting the table,” also have ties to entities pushing vaccine passports and digital ID schemes.
Rockefeller Foundation: ‘changes to policies, practices, and norms’ are needed
The WEF describes the Rockefeller Foundation as a “science-driven” philanthropic organization that “seeks to inspire and foster large-scale human impact that promotes the well-being of humanity around the world” and which “advances the new frontiers of science, data, policy and innovation to solve global challenges related to health, food, power and economic mobility.”
In the foreword to its 2020 “Reset the Table” report, foundation President Dr. Rajiv J. Shah, who is a former administrator of the U.S. Agency for International Development (USAID), states:
“America faces a hunger and nutrition crisis unlike any this country has seen in generations.
“In many ways, Covid-19 has boiled over long-simmering problems plaguing America’s food system. What began as a public health crisis fueled an economic crisis, leaving 33 percent of families unable to afford the amount or quality of food they want.
“School closures put 30 million students at risk of losing the meals they need to learn and thrive.”
The report did not explain how the Rockefeller Foundation was able to know about this food crisis mere months after the pandemic took hold — especially as the report states it was developed out of “video-conference discussions in May and June 2020.”
The report also didn’t provide any insight into the role pandemic countermeasures such as lockdowns — which the foundation championed along with the WEF — played in contributing to the food crisis..
In its report, the Rockefeller Foundation proposes a series of solutions, derived from “dialogues with over 100 experts and practitioners.”
One recommendation calls for moving away from a “focus on maximizing shareholder returns” to “a more equitable system focused on fair returns and benefits to all stakeholders — building more equitable prosperity throughout the supply chain.”
This may sound like a good idea, until one considers “stakeholders” in this case refers to “stakeholder capitalism” — a concept heavily promoted by the very same large corporations that have been beneficiaries of the shareholder capitalist system.
The WEF also heavily promotes “stakeholder capitalism,” defining it as “a form of capitalism in which companies seek long-term value creation by taking into account the needs of all their stakeholders, and society at large.”
For some context, economic fascism, as personified by the regimes of Nazi Germany and fascist Italy, encompassed government-mandated “partnerships” between business, government and unions organized by a system of regional “economic chambers,” and a philosophy where “the common good comes before the private good.”
It is, of course, unclear how the “needs [of] society at large” are determined — or by who.
The Rockefeller Foundation report declares, “Success will require numerous changes to policies, practices, and norms.”
What does such “success” entail? The report names three main objectives:

The report describes the lack of universal broadband access in this context as “a fundamental resiliency and equity gap.”

» The Fourth Turning - How this crisis was predicted 30 years ago
» Energy Crisis becomes a Food Crisis – Grow Food and Build Local Food Systems Now!
» Former ‘Men in Black’ Operative Exposed the Alien Agenda, as Well as ‘Predicted’ the COVID Outbreak Several Years Ago
» The Covid-19 celebrity humanitarianism – Sean Penn and the Great Reset, funded by Bill Gates and the Clinton Foundation
» #1 Most Censored Story in the World — Sydney Hostage Crisis Being Executed by CIA to Set Precedent for Jihad-Related Hostage Crisis and/or Terror Attack in Switzerland