Unprecedented Mass Enlightenment of US Population 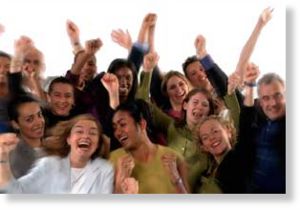 Washington – President Obama, U.S. congressmen and their aides held
an emergency four hour-long meeting Wednesday to decide what action to
take to stem a sudden and unprecedented mass enlightenment of the US
population that threatens to destabilize the Government and create a
fiscal crisis.
Details have emerged that behind closed doors Obama received a number
of private phone calls from his financial overlords. In no uncertain
terms Obama was threatened to do whatever it took – leaving all options
on the table – to get the American people back to sleep or face
devastating consequences to his financial savings portfolio. It is
rumored that amongst the threats, Obama would be forced to exchange his
investment fund share holdings for shares in BP that were about to be
dumped by forewarned insiders. Alarmed in the extreme, Obama packed his
teleprompters away and starting signing a myriad of papers that were
thrust in front of him.

The emergency action plan came too late to prevent millions of
citizens jubilantly celebrating their new-found awareness. People from
all walks of life suddenly realized they have been lied to all their
lives on just about everything by their psychopathic, conscienceless
leaders of major corporations, government and security agencies.

Residents in all major cities across the United States awoke
complaining that they were experiencing an inexplicable mental clarity
that was causing them to realize the way they were about to spend their
day was utterly pointless, a potential health threat and would only add
energy and finances to a powerful wealthy elite that had been ruling
their lives since as long as they could remember.

Congress was thrown into chaos when a majority of staff decided to
simply stop showing up for work until their bosses resign; in a move of
solidarity, energy companies turned off the power to government
buildings and military bases, while water companies shut down their
water supply; repair people refused to carry out repairs for the
politically well-connected and television network staff refused to
report the lies they are routinely ordered to tell by their editors.

One Chicago resident’s report was consistent with many similar
accounts coming in from across the country. Joe, 42 told us how he had
become aware of the diversionary, divide and conquer machinations of the
psychopathic oligarchs, especially in relation to abortion, health
care, immigration, global warming, peak oil, 9/11, fake terrorism, both
current wars and past wars, ‘necessary police actions’, empire building
and resource plundering, left vs right, evolution vs creationism,
fundamentalists vs everybody else!

“Wow! I sort of felt things weren’t right but to suddenly be able to
see the true nature of all the lies we’ve been bombarded with by media
and Big Government is just mind-boggling,” Joe exclaimed.

“The public seems to have finally understood that they’re so sick and
going bankrupt because of the FDA/AMA medical mafia and Big Pharma’s
Gestapo death grip over absolutely everything! I’ve noticed how food
companies, Monsanto and Big Pharma’s share prices have exploded over the
past few years,” said Joe. “I can see it’s because they have bought
Congress and have a complete monopoly over our food supply, health and
non-existent consideration for others’ well-being.”

Reports are flooding in of people deciding to buy or trade for goods
with hand crafters in their own region instead of shopping at Wal-Mart.
Rather than buying GMO foods at the supermarket chain stores, they’ve
formed co-ops with their neighbors, bought fresh food in bulk and are
getting together to can foods, smoke meats and pickle vegetables –
followed by a barbecue. Feeling so connected and enthused by that,
ordinary people across the nation are organizing all kinds of meetings
to learn all the old skills that their grandparents knew that made them
independent.

People are leaving the cities in droves and, en masse, have
established themselves on previously restricted government land. This
resulted in a veritable frenzy of house-building and barn raising
parties followed, once again, by barbecues where home-made pickles were
enjoyed by all.

The reasons for the mass-awakening are as yet unclear. One possible
explanation has been given by the U.S. Environmental Protection Agency
where officials have discovered that the normally high levels of
fluoride added to the nation’s drinking water were “accidentally
omitted.” It’s suspected that workers at water plants are responsible.
Government Health officials have advised all citizens to carry on
working as normal, eat lots of fast-food and stay glued to their TV sets
in the hope that any thoughts generated in people by seeing the reality
of the situation will be pacified by toxins, apathy and a return to the
steady atrophy of their brains.

Citizens have been urged by the Obama administration to report anyone
they witness behaving in a non-consumer-capitalist manner to Homeland
Security who, with the help of FEMA, will permanently detain anyone
found more than 5 meters from a Television screen. 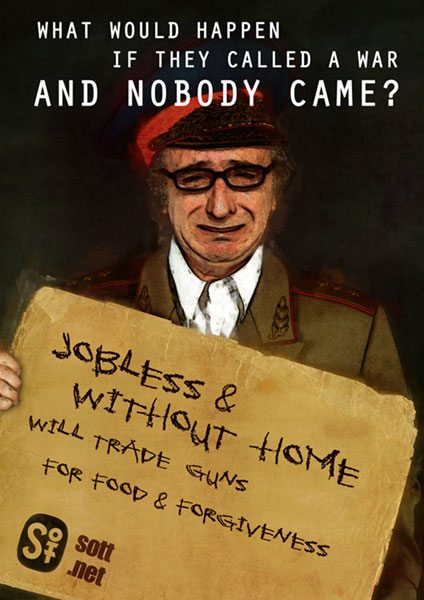 (This was originally posted as an April Fool’s Day joke.)

Guest
Yesterday I was sad this wasn't that day's reality. THe DAy was not yet over & my sadness premature without enough information. Last evening I listened to program ANgels 77 shared re The One People's Public Trust that blessed "my socks off" & was inspired to share it with many others on my skype list (much prefered to email as more private) as a follow up to 12/ 27/12 post of same subject origin I also read here that I consider my Best CHristmas Gift. Remember the "Twelve Days of Christmas"?? WE're just "getting started" .... imo.

You people here are so very precious... continue to BE who U R, blessed and a blessing to others....

Many wonderful things are about to happen. But as all things there will be a Yin and a Yang. A Good with the Bad. A balance will be brought of that there is NO doubt.

Thank you for what you bring here. You are part of the balance.