The Dutch Farmers’ Protest and the War on Food 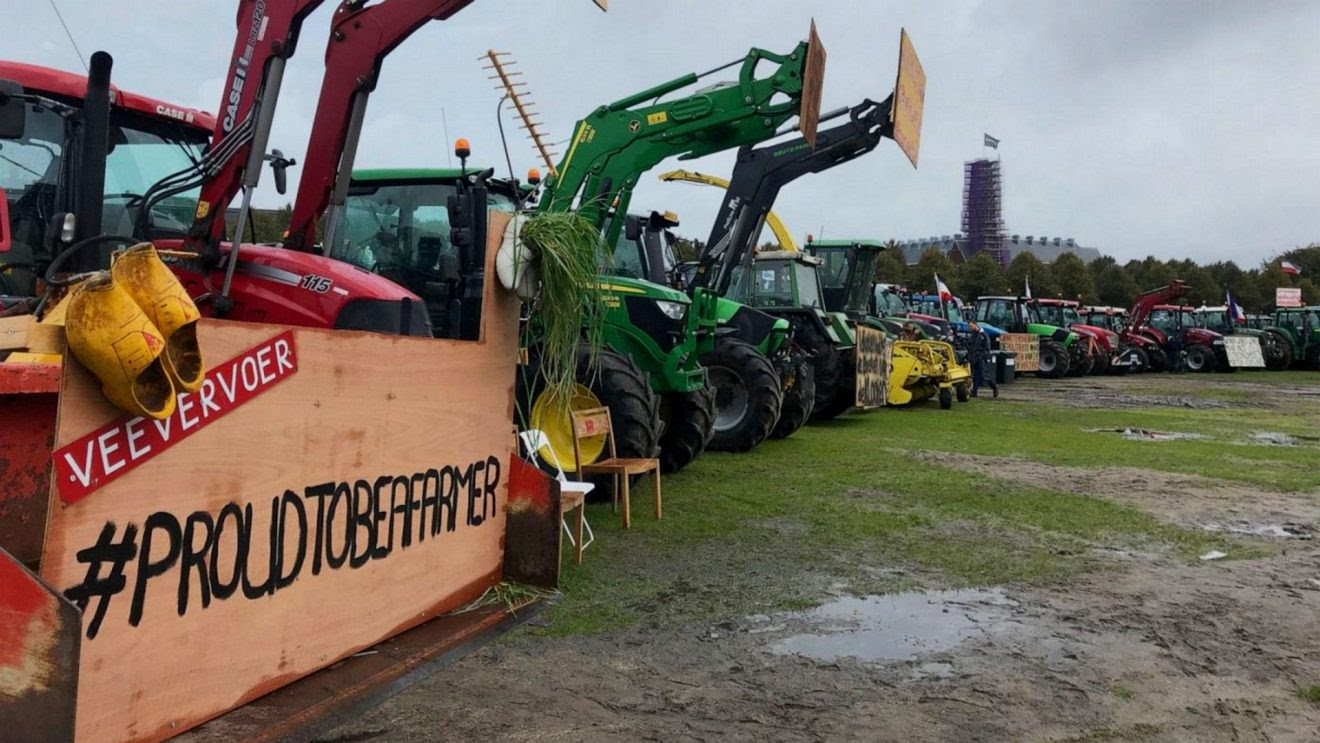 The Dutch Farmers’ Protest and the War on Food
by Kit Knightly, OffGuardian
July 2, 2022

This week, tens of thousands of farmers have gathered from all across the Netherlands to protest government policies which will reduce the number of livestock in the country by up to a third.
In a typical example of media weasel-wording, the press reports on this all headline something like “Dutch farmers protest emissions targets”, but this is a massive lie by omission.
The government policy being protested is a 25 BILLION Euro investment in “reducing levels of nitrogen pollution” true, but it plans to achieve this by (among other things) “paying some Dutch livestock farmers to relocate or exit the industry”.
In real terms, this ultimately means reducing the number of pigs, chickens and cows by about thirty per cent.
That’s what is being protested here – a deliberately shrinking of the farming sector, impacting the livelihood of thousands of farmers, and the food supply of literally hundreds of millions of people.
THE BIG PICTURE
While the scheme is allegedly about limiting nitrogen and ammonia emissions from urine and manure it’s hard not to see this in the broader context of the ongoing created food crisis.
The Netherlands produces a massive food surplus and is one of the largest exporters of meat in the world and THE largest in Europe. Reducing its output by a third could have huge implications for the global food supply, especially in Western Europe.
Perhaps more troubling is how this could act as a precedent.
This isn’t the first “pay farmers not to farm” scheme launched in the last year – both the [url=https://www.gov.uk/government/news/government-commits-to-support-farmers-who-wish-to-leave-the-industry#:~:text=Government publishes response to the,delinked payments in England]UK[/url] and US have put such schemes in place – but a government paying to reduce it’s own meat production? That is a first.
That it is (allegedly) being done to “protect the environment” makes it a big warning sign for the future. Denmark, Belgium and Germany are already considering similar policies.
The Western world seems to be enthusiastically embracing quasi-suicidal policies.
I mean, paying farmers to reduce the amount of food they produce…while (notionally) threatened with war…in the midst of a recession…facing record inflation as the cost of living spirals.
Does that really make any sense?
That’s almost as crazy as refusing new oil and gas leases while the cost of petrol is going up.
Indeed, in a world beset by a shortage of fertiliser due to sanctions against Russia and Belarus, it would seem almost mad to complain about a manure surplus, let alone try to reduce it.
We’re well past the point where any of this could be considered accidental, aren’t we?
Put it this way – if the collective governments of the Western world were trying to impoverish and starve their own citizens, what exactly would they be doing differently?