Pfizer Asks Court to Dismiss Whistleblower Lawsuit Because Government Was Aware of Fraud Wed Jul 06, 2022 1:12 am

In an interview with The Defender, the lawyer representing whistleblower Brook Jackson said Pfizer is arguing the court should dismiss Jackson’s lawsuit alleging fraud in Pfizer’s COVID-19 clinical trials because the U.S. government knew about the wrongdoings but continued to do business with the vaccine maker. 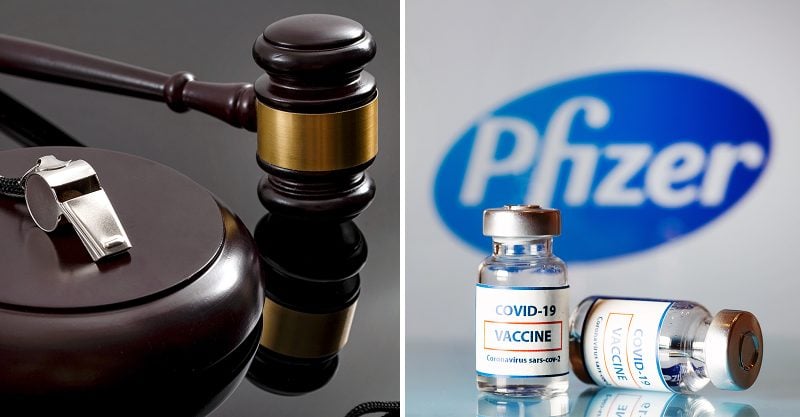 Miss a day, miss a lot. Subscribe to The Defender's Top News of the Day. It's free.
A lawsuit filed by whistleblower Brook Jackson alleging Pfizer and two of its contractors manipulated data and committed other acts of fraud during Pfizer’s COVID-19 clinical trials is paused following a motion by the defendants to dismiss the case.
In an interview with The Defender, Jackson’s lawyer said Pfizer argued the lawsuit, which was filed under the False Claims Act, should be dismissed because the U.S. government knew of the wrongdoings in the clinical trials but continued to do business with the vaccine maker.
Under the False Claims Act, whistleblowers can be rewarded for confidentially disclosing fraud that results in a financial loss to the federal government.
However, a 2016 U.S. Supreme Court decision that expanded the scope of a legal principle known as “materiality” resulted in a series of federal court decisions in which fraud cases brought under the False Claims Act were dismissed.
As interpreted by the Supreme Court, if the government continued paying a contractor despite the contractor’s fraudulent activity, the fraud was not considered “material” to the contract.
Pfizer is a federal contractor because it signed multiple contracts with the U.S. government to provide COVID-19 vaccines and Paxlovid, a pill used to treat the virus.
“Pfizer claims they can get away with fraud as long as the government would write them a check despite knowing about the fraud,” attorney Robert Barnes said.
The other two defendants in the case are Ventavia Research Group, which conducted vaccine trials on behalf of Pfizer, and ICON PLC, also a Pfizer contractor.
In an attempt to strengthen the False Claims Act’s anti-retaliation provisions and install new safeguards against industry-level blacklisting of whistleblowers seeking employment, Congress in July 2021 introduced the False Claims Amendments Act of 2021.
In December 2021, Pfizer hired a well-connected lobbyist, Hazen Marshall, and the law firm Williams & Jensen to lobby against the bill.
Pfizer previously was heavily fined in connection with the False Claims Act. As part of a 2009 settlement, the company paid $2.3 billion in fines — the largest healthcare fraud settlement in the history of the U.S. Department of Justice — stemming from allegations of illegal marketing of off-label products not approved by the U.S. Food and Drug Administration (FDA).
“Pfizer, one of the most criminally fined drug companies in the world, wants to weaken the laws that hold them accountable,” Barnes told The Defender.
Congress has taken no action on the False Claims Amendments Act since November 2021, when the bill was added to the Senate’s legislative calendar.
Barnes said the outcome of Jackson’s case against Pfizer is significant not just for his client, but also for the American public.
“This case will determine if Big Pharma can rip off the American people using a dangerous drug that harms millions without any legal remedy because they claim the government was in on the scam.”
Jackson was a regional director for Ventavia for a brief period in 2020 but was fired after she notified the FDA about issues with Pfizer’s vaccine trials.
After she was fired, she gave The BMJ a cache of internal company documents, photos and recordings highlighting the alleged wrongdoing by Ventavia.
The documents she provided contained evidence of falsified data, blind trial failures and awareness on the part of at least one Ventavia executive that members of the company’s staff were “falsifying data.”
Jackson’s documents also provided evidence of administrators who had “no training” or medical certifications, or who provided “very little oversight” during the trials.
Jackson filed her complaint in August 2021, in the U.S. District Court, Eastern District of Texas, Beaumont Division, alleging Pfizer, Ventavia and ICON “deliberately withheld crucial information from the United States that calls the safety and efficacy of their vaccine into question.”
A district court judge in February unsealed Jackson’s complaint, which included 400 pages of exhibits.
According to the complaint, Jackson, who had more than 15 years of experience working with clinical trials, “repeatedly informed her superiors of poor laboratory management, patient safety concerns and data integrity issues” during the approximately two weeks she was employed by Ventavia.
“Brook [Jackson] brought a Qui Tam action and a retaliatory discharge case against Pfizer and others for fraud on the people concerning Pfizer’s false certifications to the U.S. Department of Defense about the safety and efficacy of their COVID-19 vaccine,” Barnes said.
A Qui Tam case refers to a provision under the False Claims Act that allows individuals and entities with evidence of fraud against federal programs or contracts to sue the wrongdoer on behalf of the U.S. government
“She was part of the clinical trials, witnessed extraordinary malfeasance, blew the whistle, and was quickly fired after she blew the whistle.”
Barnes said his legal team will in August file its opposition brief to Pfizer’s motion to dismiss, and the judge may rule on the motion to dismiss by fall 2022.