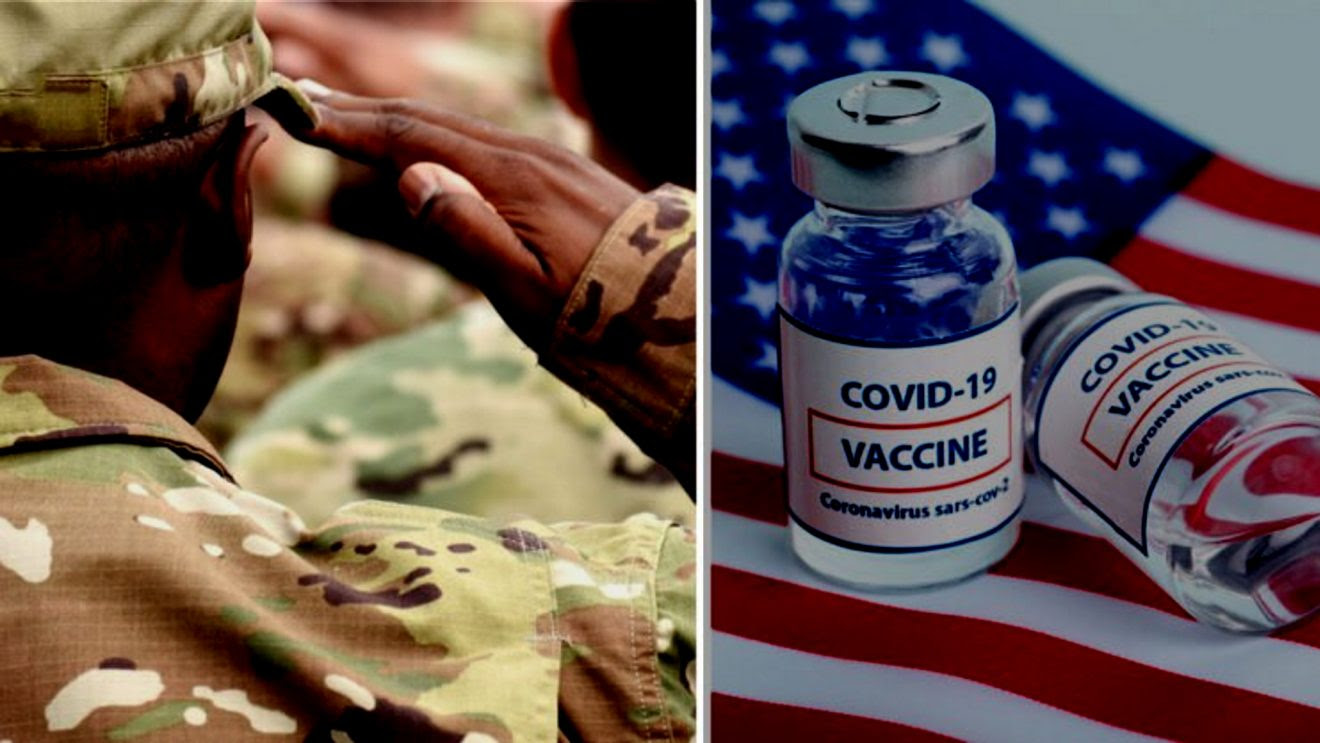 
The Army confirmed on July 1 that tens of thousands of military Guard and Reserve soldiers can no longer participate in training or receive benefits, as Army faces recruiting crisis.

About 60,000 Army National Guard members and Army Reserve soldiers who refused to comply with a Department of Defense (DOD) COVID-19 vaccine mandate are no longer allowed to participate in their military duties and were cut off from some of their pay and benefits, Army officials announced July 1.
Of the more than 40,000 members of the Guard who remain unvaccinated, 14,000 have said they do not intend to ever receive a COVID-19 vaccine, Guard officials told CBS News.
Approximately 22,000 Reserve soldiers have refused to get vaccinated.
“Soldiers who refuse the vaccination order without an approved or pending exemption request are subject to adverse administrative actions, including flags, bars to service and official reprimands,” an Army spokesperson said in a statement.
If the soldiers continue to refuse to get vaccinated, the consequences could be even more severe.
“In the future, Soldiers who continue to refuse the vaccination order without an exemption may be subject to additional adverse administrative action, including separation,” the Army spokesperson said.
Despite the military’s deadline, the services said they wish to continue to work with the remaining holdouts as commanders face increased anger from critics concerned over a recruiting crisis that has left Defense Department officials struggling to fill the ranks.
According to Rep. Mike Johnson (R-LA), the Army is having “significant trouble filling its ranks” while simultaneously discharging soldiers who refuse to get vaccinated.
As of mid-April, the Army had “discharged 255 soldiers for refusing the COVID-19 vaccine and is on track to give another 2,500 to 3,000 the boot before the end of the year — a number roughly equivalent to two or three Army battalions,” Johnson wrote on his website.
Six Army officers, including two battalion commanders, have been relieved of command, while 3,330 active-duty soldiers have been issued written reprimands for refusing to get vaccinated.
“The Army priority remains vaccinating all soldiers to maintain readiness. In determining this policy, Army leaders considered the unique realities of each component,” Reserve spokesman John Bradley told U.S. News & World Report.
“Reserve component commanders are working through a deliberate process in as few as two days per month with geographically dispersed Soldiers to ensure they become fully vaccinated.”
Soldiers will be allowed to come on duty and earn their pay if it’s for the purpose of getting vaccinated or to take part in separation procedures. Part-time soldiers with a pending medical or religious exemption request may train with their units and collect pay and benefits, but exemptions are not being approved.
To date, only six Guard soldiers across all states and territories have received medical exemptions out of 53 who submitted requests, according to Army data. No Reserve soldiers have received a medical exemption.
No Guard or Reserve soldiers have been approved for a religious exemption despite nearly 3,000 requests.
The Army National Guard and Army Reserve deadline to receive the COVID-19 vaccine was June 30 — the final deadline among all the service branches subject to Secretary of Defense Lloyd Austin’s mandate issued last August.
As of July 1, 13% of the Army National Guard and 12% of the Army Reserve are unvaccinated.
According to internal documents shared with The Defender, 280,678 Army National Guard members are fully vaccinated (84.6%), and 7,735 have received one dose (2.3%) leaving 43,269 (13%), who have not yet received a single dose.
In some states, such as Oklahoma, the vaccination rate for Guard members is as low as 74.11%.
The document lists 15,698 members as “refusals” and 6,749 (2.0%) as going through an exemption process — with 6,257 (1.9%) requesting a religious exemption and 492 (0.1%) requesting a medical exemption.
The document also notes that 80% of unvaccinated Guard members are age 32 or younger, with an average age of 26.2 and median age of 24.
According to CBS News, vaccine compliance among Army National Guard members is the lowest in the U.S. military — the rate among active-duty Army, Navy, Air Force and Marine Corps is 97% or greater and the Air Guard uptake is about 94%.