OUT OF MIND » BREAKING NEWS & HOT TOPICS » THE GREAT DIE OFF » Guitarist Who Lost 8 Fingers After J&J Vaccine Tells RFK, Jr.: People Have to Be Held Accountable

Guitarist Who Lost 8 Fingers After J&J Vaccine Tells RFK, Jr.: People Have to Be Held Accountable

On a recent episode of “RFK Jr. The Defender Podcast,” guitarist Jeff Diamond described having eight fingers amputated and losing his singing voice after developing blood clots about a week after getting the Johnson & Johnson COVID-19 vaccine. 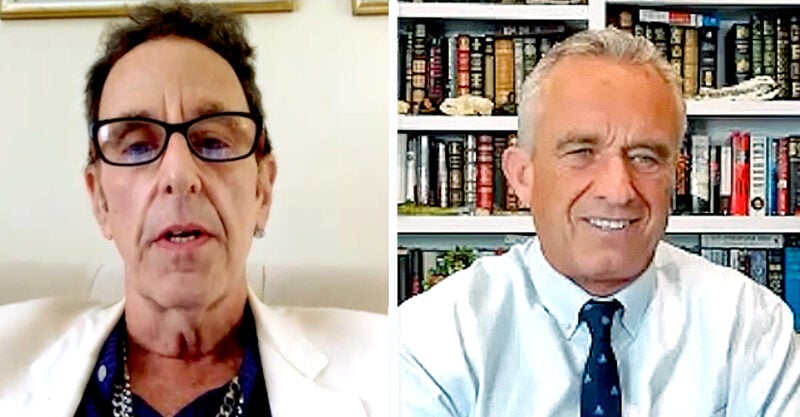 Miss a day, miss a lot. Subscribe to The Defender's Top News of the Day. It's free.
On July 9, 2021, Jeff Diamond, a professional musician, vocal instructor and backup guitarist, got the Johnson & Johnson (J&J) COVID-19 vaccine.
About a week later, Diamond was found unconscious in his apartment, He was taken to a local hospital in Minnesota, where he remained in a coma for three weeks.
Pervasive blood clots — a known side effect of the J&J vaccine — had shut down his kidneys and other organs. The condition caused doctors to amputate eight of his fingers, without his knowledge or consent, while he was still in a coma.
Diamond, a guest on the July 5 episode of “RFK Jr. The Defender Podcast,” told Robert F. Kennedy, Jr., he got the vaccine only because he’d been performing at an event in Atlanta, and didn’t want to risk infecting his mother.
“I was taking care of my mother, and that’s the only reason I got the shot in the first place,” Diamond said.
When Diamond awoke from the coma, he also found himself intubated, which impaired his singing voice.
With his kidneys barely functioning and his balance thrown off by all the medications he was prescribed, Diamond lay in the hospital for another three weeks until he was able to go into a nursing home.
While in the nursing home for six weeks, Diamond’s feeding tube burst open and he was rushed to an emergency room. “Blood was gushing out of my stomach,” he told Kennedy. It “almost killed me.”
A doctor in Minneapolis saved his life, but Diamond told Kennedy he’s been “in pain with these fingers ever since.” Diamond was fitted with prosthetic fingers, but while “they may look great,” he said, “they’re not working out for playing the guitar.”
Diamond’s singing voice has “bounced back a bit,” he said, but not all the way.
And it’s “all from, I believe, the Johnson & Johnson shot,” Diamond said.
Asked if doctors acknowledged a link between the vaccine and his injuries, Diamond said all but one were non-committal.
Now, a year after he was injured, Diamond said he’s taking things day by day, and hopes to someday play guitar again.
More importantly, though, he wants to get the word out about what happened to him.
“What happened to me … I don’t want to see this happen to anybody else,” Diamond said. “I think it’s a crime … People have got to be held accountable.”
Watch the podcast here: https://childrenshealthdefense.org/defender/guitarist-jeff-diamond-jj-vaccine-rfk-jr-podcast/?utm_source=salsa&eType=EmailBlastContent&eId=4b55e3d7-3e9d-474f-94ce-5cc96b4d1cd4

OUT OF MIND » BREAKING NEWS & HOT TOPICS » THE GREAT DIE OFF » Guitarist Who Lost 8 Fingers After J&J Vaccine Tells RFK, Jr.: People Have to Be Held Accountable

» Washington Protects Its Agencies, Institutions And Elites From Ever Being Held Truly Accountable
» Vaccine Safety Advocate Tells RFK, Jr.: VAERS Protects Vaccine Makers, Not Kids
» Wind Power Project “became a living nightmare”. Taxpayers Swindled and No One Is Being Held Accountable (Kenya)
» Street “hustler” tells people to get vaccinated in Tax-Funded Covid Vaccine Commercial
» California Nurse: “I Want People to Know What I Lost to this Vaccine – I am Living a Nightmare, It’s Not Worth it.”