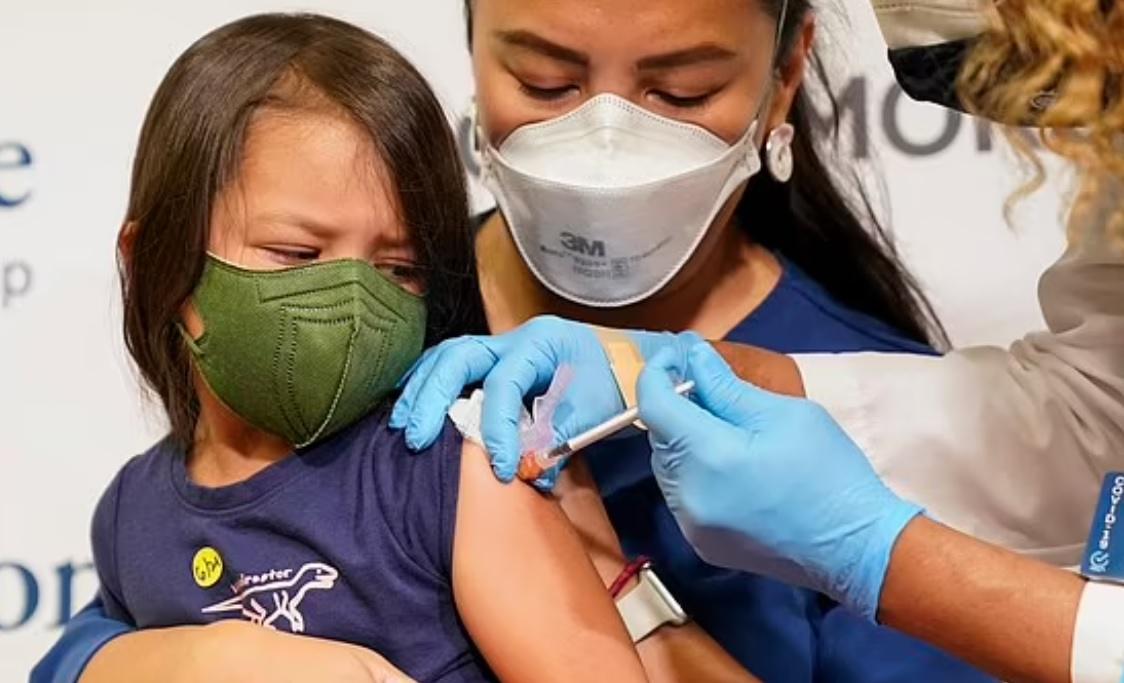 Image source.
By MANSUR SHAHEEN U.S. DEPUTY HEALTH EDITOR FOR DAILYMAIL.COM
Excerpts:
Two of America’s top health agencies are reportedly hemorrhaging staff as poor decision-making, described by staff as ‘bad science,’ has led to low morale.
The Centers for Disease Control and Prevention (CDC) and the National Institutes of Health (NIH) are both suffering staff shortages, according to Dr. Marty Makary, a top public-health expert at Johns Hopkins University, writes at Common Sense, the Substack run by former New York Times columnist, Bari Weiss.
Major decisions made by the agencies that hurt morale included support for masking in schools, school closures during the pandemic and the authorization of COVID-19 vaccines for children four and under.
Both agencies, along with the Food and Drug Administration (FDA) have been mired in controversy throughout the pandemic for inconsistent messaging and for decision-making that didn’t seem to line up with available science.
‘They have no leadership right now. Suddenly, there’s an enormous number of jobs opening up at the highest level positions,’ an anonymous NIH scientist told Common Sense.
The decision that seemed to raise the most commotion was the authorization of COVID-19 jabs for children aged six months to five years old.
CDC Director Rochelle Walensky signed off on those vaccines in June, after a panel of advisors to the US Centers for Disease Control and Prevention voted 12 to 0 in favor of COVID-19 vaccines for children as young as six months on June 18.

‘We now know, based on rigorous scientific review, that the vaccines available here in the United States can be used can be used safely and effectively in children under five. Vaccinating children is a critical opportunity to protect them against hospitalization and death from COVID-19,’ she said.

Makary criticized the data submitted by Pfizer and Moderna to receive the green-light, saying it was lacking: Pfizer’s trial included under 1,000 children and didn’t show any efficacy against infection, he reports.
Moderna reported just a four percent reduction in infection in their trial of around 6,000 children.

‘A more honest announcement would have been: ‘We approved the vax for babies & toddlers based on very little data. While we believe its safe in this population, the study sample size was too low to make a [conclusion] about safety. Note that studies were done in kids w/o natural immunity,” Makary told DailyMail.com about the decision in June.
‘The public has no idea how bad this data really is. It would not pass muster for any other authorization,’ an FDA official said.

Amid the many controversies the agency was facing at the time, the CDC announced in April that it would reevaluate its structure and processes in the hopes of developing better processes to communicate with Americans.
It is unclear what changes, if any, were made as a result of the evaluation.
Read the full article at DAILYMAIL.COM.
Comment on this article at HealthImpactNews.com.

» New York Mayor De Blasio Tells Businesses To Force Employees Into Having Covid Jabs
» CORRECTION: It was 6 not 3 Doctors Died Within 2 Weeks After 4th COVID Booster Shots for Employees Started at One Hospital
» San Francisco to 37,000 city employees: Get vaccinated for COVID or get out
» 117 employees sue Houston Methodist over COVID-19 vaccine requirement
» 60% of TSA Employees Refusing COVID Injection, Says Insider Source