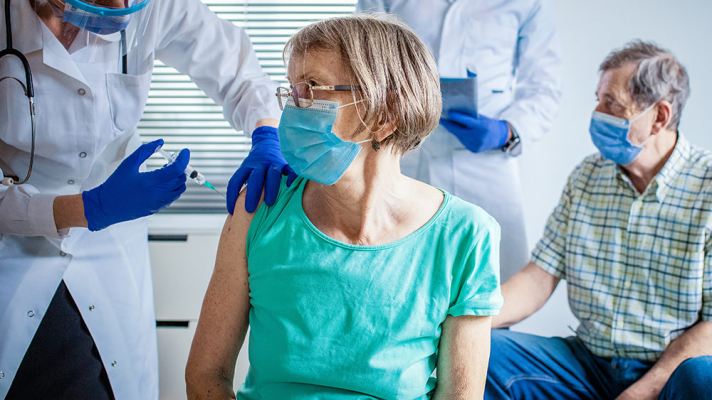 After becoming the first country in the world to mandate Wuhan coronavirus (Covid-19) “vaccination” on all citizens, Austria is now trying to shift responsibility onto doctors for all the health damage that resulted.
Austrian Green Minister of Health Johannes Rauch says physicians, and not himself and his fellow politicians, are to blame for all the injuries and deaths because they failed to warn their patients about the risks involved with getting injected.
Never mind the fact that these patients had no choice but to get them – and doctors were basically required to give them. In Rauch’s mind, it is someone else’s fault that thousands of Austrians are now dead or permanently injured because of the policies he helped create.
The SuperSpreader Substack is calling Rauch’s blame game the “most epic throwing under the bus to save your own a** of our generation” – and he is right. Not only is Rauch’s claim nonsensical, but it absolutely shows that the plandemic is crumbling to pieces at a rapid pace.
“Anyone paying attention already understands that once the bodies start piling up the REAL fireworks will begin,” the “Mole” Substack adds.
“We will see frantic finger pointing and rabid blame shifting. Screeching turned up to 11 competing with a word vomit of lies about who said what and when. It will be something spectacular to behold.”

If Austrian doctors had reported jab injuries, they would have lost their licenses

It turns out that there was never even a way for Austrian doctors to warn their patients about the risks involved, seeing as how those risks were concealed by politicians and their Big Pharma buddies who wanted the truth to be kept under wraps.
Not only that, but doctors in Austria are not even allowed to report vaccine damage, even in suspected cases. This is due to “strict instructions from the medical association,” one person in the know tweeted.
“Anyone who violates this is revoked the right to ordain,” the tweet further explains.
None of this was revealed by the corporate-controlled media, however. Headlines all around the world cited Rauch’s claim that the “medical profession” is to blame for covid jab injuries and deaths.
One headline declared that Rauch dropped a “liability hammer” by supposedly “confirming” that “doctors are responsible for vaccine damage” simply because they were the ones who were told to stick the injections into people’s arms, or else.
“He seems to be trying to pull his own head out of the ever-tightening noose and to want to shirk responsibility,” one critical report said about Rauch’s shifting of blame.
“Although he prescribes the ‘vaccinations,’ liability is shifted entirely to the medical profession.”

Doctors face fines of up to 14,000 euros for covid “vaccine” injuries and deaths

Laying blame on doctors is apparently not enough for Rauch. He also supports penalizing doctors up to 14,000 euros for their role in administering the jabs that caused many to become injured or die.
Even though Austrian doctors basically had no choice in the matter, except to refuse and lose their medical licenses, Rauch stated that he is not responsible at all and that doctors need to pay a price.
“The scope of medical education has been shown in the Austrian vaccination plan for years and I can assume that doctors work in accordance with the recommendations and the state of the art,” Rauch is quoted as saying, claiming innocence in the matter.
In essence, Rauch is saying that doctors should have avoided listening to him and instead done their own due diligence into the shots to see if they really were “safe and effective” like Rauch and others claimed.
“The function of the information is to protect the freedom of decision of the person concerned,” one report explains. “This can be punished under administrative and / or disciplinary law as well as have consequences under liability law.”
If Rauch’s perspective becomes the Austrian government’s official position, then doctors all across that country could face lawsuits in the coming months and years over the role they apparently played in deceiving the masses into rolling up their sleeves for deadly “medicine.”
[…]
Via https://dreddymd.com/2022/07/15/governments-blaming-doctors-not-telling-patients-covid-vaccine-risks/

» Since COVID Vaccines Are Experimental, Vaccine Administrators Must Inform You of Risks
» FDA orders doctors in eight states to stop treating covid patients with monoclonal antibodies
» Federation of State Medical Boards Threatens Doctors Who Speak Out Against COVID-19 Vaccines
» Patients Treated with Pfizer’s Paxlovid Experience Second Round of Covid-19 Shortly After Recovering – Doctors are Baffled
» What Doctors Say In Private About COVID Vaccines