“One of the great political re-matches of all time.” 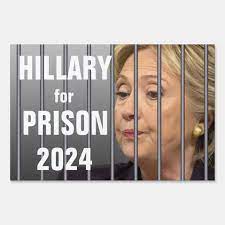 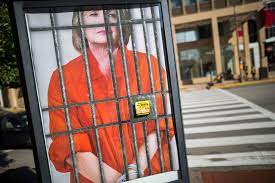 Posted BY: Paul Joseph Watson
A former top advisor to Bill Clinton claims that Joe Biden will be forced to step aside and be replaced by Hillary, who is preparing to run again for president in 2024.
No, not again!
The prediction was made by Dick Morris, who ran Bill Clinton’s successful re-election campaign in 1996 and was once touted as Clinton’s most influential advisor.
According to Morris, the Democratic establishment knows “that Biden can’t run again in 2024” due to his “quickly declining mental abilities” and the economic disaster he had presided over.
Morris says that Biden will eventually cave to extreme pressure not to run, but that he won’t be replaced by Kamala Harris, who would get trounced by Trump.
The former advisor says a “black candidate” will emerge, along with Alexandria Ocasio Cortez, who will “wreak havoc” because the party is now dominated by far-left agitators, although AOC won’t be old enough to be president, so the rules would have to be changed for that to happen.
“As leftist candidates emerge as front-runners in the Democratic primary, pressure will grow on Hillary Clinton to enter the race,” writes Morris.
“Much like Biden’s surprise entrance in 2020, Democrats will see her as their savior, an experienced politician able to bridge the left and more moderate wings of the party.”

Morris says Hillary’s recent media interviews and her cronies touting her as Biden’s replacement are clear signs she is set to run again in 2024.
Others will undoubtedly express skepticism about the Democrats supporting another Hillary candidacy, given that she has already failed twice.
She would also be 77-years-old if she entered the White House in 2024.
As we previously highlighted, Trump was expected to formally announce his candidacy this month, although that is yet to occur.
Earlier this month, a video uploaded to YouTube showed the Donald’s plane getting a new paint job, suggesting the former president could be about to throw his hat in the ring.