OUT OF MIND » THE INSANITY OF REALITY » FINANCIAL COLLAPSE »  “Cantorian Economics”? Or Something Else? Massive Bank …

“Cantorian Economics”? Or Something Else? Massive Bank … 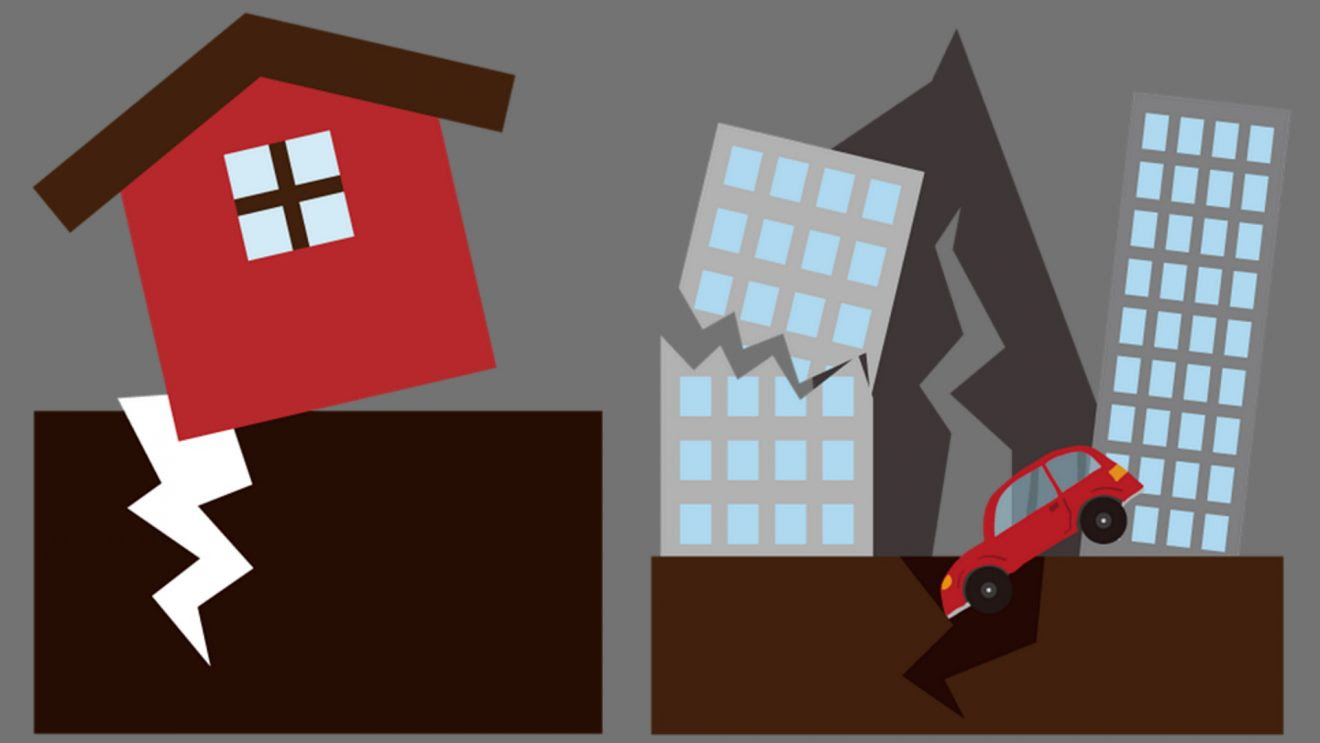 “Joseph, Heads up on this one,” the email from P.T. began. It quickly went downhill from there:
There is a massive Non-payment of mortgages going on in China right now.  The story that is being suppressed is that there were runs on banks in Shanghai China weeks ago.  Perhaps the radical ‘Lock Down’ that happened in Shanghai was just a way to suppress the bank runs.  If people shouted a bit too loud, pounded their fists a bit too much, they would get classified as Covid Risk Contagious, get thrown into one of the Quarantine Camps and never be hear from again.
Well, the Communists can not suppress the sunlight, and now the Chinese People know their system, the economic system, is falling apart.
This bears some very serious watching.  Alibaba, Evergrand…..tip of a Billion People iceberg.
What will the CCP do if, say, 60% of people refuse to pay their mortgages?  Throw 700 Million people into labor camps?
China has a history of everything collapsing, all at once.
Now I’m sure that if you received an email like that, you’d sit up and take notice, particularly when, shortly after receiving said email, the author backs up the speculative scenario with the following Zero Hedge article:
“The Damage Could Be Huge”: Chinese Banks Tumble, Swept Up In Mortgage Nonpayment Scandal As Borrowers Revolt
Now beyond all the normal things to give one pause about those bank runs in China, there was one phrase in particular that caught my eye, and perhaps it did yours too:

The boycotts raise the risk of mortgage defaults, a new set of troubles for banks that are already squeezed by exposure to ailing property developers. Mortgages make up almost 20% of total bank loans outstanding, amounting to about 39 trillion yuan ($5.8 trillion).
In a rather panicked note from Morgan Stanley economist Zhipeng Cai (available to pro subscribers), he addresses the topic of widespread mortgage nonpayment and writes that “we estimate 188mn sqm (1.7mn units) are at risk. We expect local governments will be urged to help completion, but a national bazooka solution remains difficult in near term.”
His warning: “Non-linearity is the key to watch.”  (Italicized emphases added)

Those two phrases, “mortgage defaults” and “non-linearity” grabbed my eyes and wouldn’t let go, and for a very simple reason: recall that in 2008, one of the things that drove the collapse of that year were the credit default derivatives crunch. Briefly put: mortgage backed securities were bundled together along with other securities (including mortgages of various degrees or qualities of risk), and these bundles were then sold as securities themselves, and then bundles of bundles. The ratings agencies would often rate these securities very favorably because, according to the formulae they used (about which more in a moment), the factor of risk fell if there were good risks in the securities. Or to put it much more simply: these bundles were given good ratings because it was believed that the presence of good risk raised the quality of the more risky components of the tranches. It is the economic version of a chain being as strong as its strongest link, not its weakest! These bundles of bundles and tranches of tranches were the “derivatives” that were heard about back then, and then, just as quickly, “dropped from the conversation”, but the reality is, that those derivatives and bundles of bundles totaled an estimated 17 quadrillion dollars, which is several times more than the gross domestic product of the entire planet. And the mathematical formula for creating these tranches of tranches was in fact the brainchild of a Chinese mathematician and economist, David Li.
In short, the mortgage non-payment or default revolt appears to be connected to the derivatives crisis, for a careful perusal of the article will indicate that both high quality low risk,  and high risk low quality types of mortgages are involved. If so, then the financial black hole that constitutes the derivatives may have just begun to suck all the liquidity out of the system in the place where the entire scheme was invented by Li. Time will tell if I am correct in connecting the bank runs and mortgage meltdowns in China now to the derivatives crisis of then, but it is important to remember that all that bad paper is still sloshing around in the system.
This brings me to the “non-linearity” comment. I’ve been thinking for many years, ever since the bailout crisis of 2008 and its relationship to the derivatives, that we are in such uncharted financial territory – with numbers so outlandishly large (just contemplate the fact that the “value” of all the derivatives in the system exceeds the gross domestic product of the entire planet by several multiples) – that normal financial and economic models might have crossed some sort of unknown threshold or “boundary condition” that normal financial and economic methods of modeling break down completely, and systems no longer behave according to known financial and economic models.
In that respect, it’s worth noting what the article goes on to say about this “non-linearity”:
What is the worst case scenario? Here we go back to the “non-linearity kicking in” case suggested by Morgan Stanley:
Home-buyer confidence weakens further from a low starting point, leading to further deterioration in property sales. This may force more developers, even relatively strong ones today, to suspend unfinished projects, furthering the downtrend. In the meantime, housing prices may continue to fall, exacerbating the downward spiral. Furthermore, the stress in the housing sector could spread to the broader economy, given the extensive inter-sector linkages, while being magnified by the financial system.
In short: a self-reinforcing downward cascade which ends in either a historical crash of the world’s largest asset… 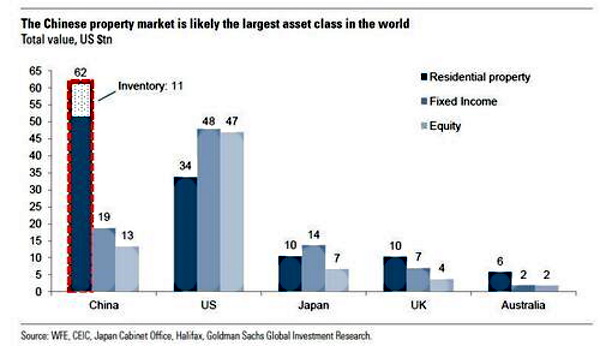 … or a state bailout. Here are the two most likely policy responses according to Morgan Stanley:


Notice that what is being stated is that housing prices will fall at the same time that a “massive firehouse of liquidity”, i.e., of cash is injected into the system”. In other words, a simultaneous inflation-deflation cycle. Normally, inflation and deflation are conjugate conditions, where one prevails, the other does not. But in the new “Cantorian” and “non-linear” financial world, conjugate conditionality breaks down and relationships between such things as inflation and deflation become non-linear.
These speculations and observations may, or may not, be borne out by time, but the bottom line is, there is something going on in China, and it’s so huge that even the Chinese Communist Party with all the might of the totalitarian system at its disposal cannot cover it up…  My bet is that just like the 2008 bailouts, whatever “solution” is tried in China will appear to work for a time, but in reality, it is just a temporary fix while the can is kicked down the road. And let’s also remember that the Troubled Asset Relief Program also led, curiously, to the first of those bearer-bond scandals…
See you on the flip side…

OUT OF MIND » THE INSANITY OF REALITY » FINANCIAL COLLAPSE »  “Cantorian Economics”? Or Something Else? Massive Bank …