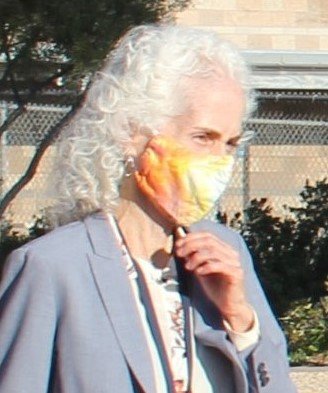 In a sign that perhaps even the pro-pharma pro-vaccine medical professionals are starting to get tired of the constant COVID hype and are beginning to speak out against health politicians who are appointed bureaucrats and never elected by the people to their public office, LA County Chief Medical Officer Dr. Brad Spellberg went public recently to humiliate Los Angeles County Public Health Director Barbara Ferrer’s announcement that COVID-19 cases were on the rise and new face mask mandates were needed soon. (Full article.)

Apparently the public put more stock into what Dr. Spellberg was saying as opposed to what the public health politicians wanted people to believe, and Los Angeles County Public Health Director Barbara Ferrer backed down on the mask mandates today (for now), as several cities stated they would not enforce it.

ZeroHedge News
Update (1750ET): In a somewhat surprising turn of events for the medical tyranny, Los Angeles County has abandoned its plan to reimpose indoor mask mandate as COVID cases and hospitalizations stabilize.
The county entered the “high” category two weeks ago when the average daily rate of COVID-related hospital admissions rose above 10 per 100,000 residents. As of last Thursday, the rate was 11.7 admissions per 100,000 residents.
Los Angeles Mayor Eric Garcetti said cases may have slowed, but he supports whatever health officials decide.
Public Health Director Barbara Ferrer made the announced during a livestreamed meeting.
*  *  *
As The Epoch Times’ Alice Sun detailed earlier,  ahead of tonight’s decision, officials from several cities said they will not enforce such a rule if it is implemented. 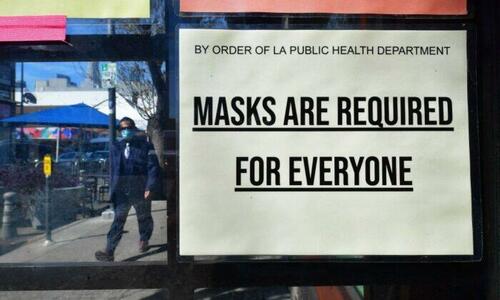 Officials of Long Beach, Pasadena, and El Segundo said July 26 they would not follow such an order after evaluating the hospitalization metrics and local COVID case rates.

“Hospitalizations among Long Beach residents remain stable, area hospitals have adequate capacity and fatalities remain low,” reads a statement by the City of Long Beach.
“The City of Long Beach will continue to align with the California Department of Public Health, which strongly urges, but does not require, masking in most circumstances.”

In the past seven days, the average number of daily new cases in Long Beach was 477 per 100,000 people with nearly 10 hospitalized. As the hospitalization rate remains stable, city officials said, local hospitals have an adequate capacity to serve more other patients.
Pasadena’s health officials said new infections in their city declined in the past 10 days and the number of hospitalizations did not increase during that time.

The El Segundo City Council voted July 26 to not enforce a mask mandate.

“My City Council colleagues and I strongly believe the decision to wear a mask should be the choice of the individual and should not be imposed by L.A. County,” El Segundo Mayor Drew Boyles said in a statement.

The Beverly Hills City Council led the march on Monday, being the first to vote not to enforce the potential mandate.
The LA County Department of Public Health Director Barbara Ferrer said Wednesday the county may “pause the implementation of universal masking” that was anticipated to begin Friday due to COVID case and hospitalization rates trending down.
The department is expected to make the decision on the mandate after the updated hospital admission rates are released on Thursday.
Read the full article at ZeroHedge News.
Comment on this article at HealthImpactNews.com.