About those nuclear power plants 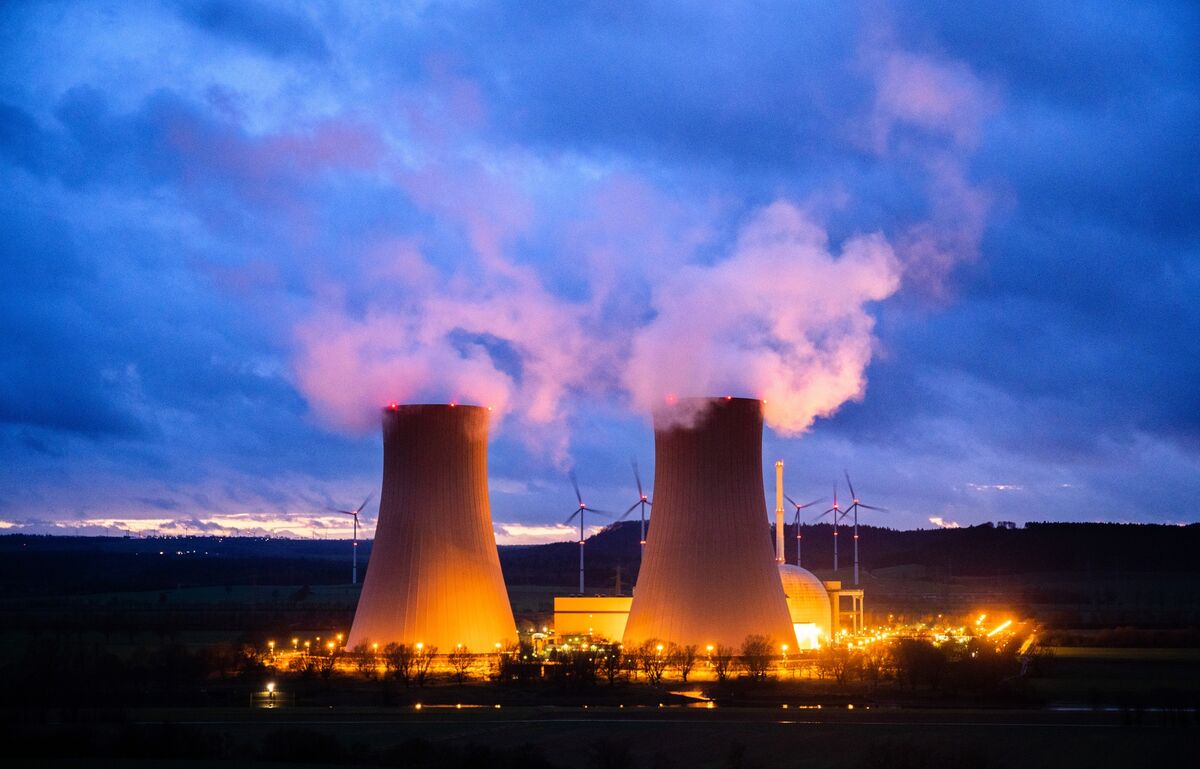 About those nuclear power plants


“When we generate electricity from a conventional generator, be it coal, gas, oil, or hydro, the machines are all linked together by the transmission system. This synchronizes all of the generators, which in North America is that a speed of 60HZ or 60 cycles per second. To put it simply and without going into great detail, the magnetic force of all these generators in synchronism gives the system stability, both steady state and transient, which keeps the whole system operating in a stable state and able to withstand line trips, generated trips or lost of load without taking the entire system down by loss of angular stability or a cascading voltage collapse. The more of these independent power producers generate back into the grid, and the more we depend on them for energy to feed load, the less stable our system becomes. With all of these energy sources on during the night that do not offer any spinning mass (inertia) to the system, the less stable the system becomes and therefore the less reliable.” (Peter Gibson, 40-plus years’ experience as the electrical utility sector employee)

I clipped that quote from the book The End of Fossil Fuel Insanity: Clearing the Air Before Cleaning the Air, by Terry Etam, a 25-year veteran of Canada’s energy business. The reason it caught my eye was an interview I did with Ab of Fakeologist with Gaia down in Colombia as well. I commented at one point that ExxonMobil and the Sierra Club had worked hand-in-hand in California to shut down the nuclear power plants that existed there, only one (Diablo Canyon) still functioning.

I thought it obvious that ExxonMobil wants to get rid of nuclear power, as it presents competition, with countries like France getting 70% of its power from that source. For the Sierra Club, they are just stupid and evil, in my mind anyway. I joined them in perhaps 1992 and as quickly got out, remaining on their mailing list for decades. I did not know in ’92 the expression “controlled opposition,” but they are it, and their willingness to take millions of dollars from ExxonMobil is strong evidence of this.
Climate alarmists automatically accuse skeptics of being a stalking horse for the fossil fuel industry, saying that outfits like Heartland Institute get their money from that source. They say this reflexively without evidence, as they are allowed to do in that movement. There may be some past partnering there, but not enough to sustain. And anyway, it appears to me that the fossil fuel industry is (even if reluctantly) yielding to the massive power that resides behind the Climate Change hoax. We will find in ExxonMobil and all of the fossil fuel companies, big and small, (real) scientists and engineers who know nothing but to find and produce oil and gas and all of the products and services that go with. They tend to be apolitical professionals, so all of the hype around climate surely flummoxes them. They do not understand it, and do not speak up for fear of loss of job.
Ab and Gaia were adamant, even to the point of chastising me, that nuclear power is a hoax. I did not buy it then, and do not buy it now. There is something in those domed facilities going on. At its very base level, nuclear power is merely use of steam to produce heat to spin generators. Supposedly the source of the heat is uranium, and rods made of that are used to create heat by use of fission. The industry has been besieged by ignorant environmentalists, who operate on fear of nuclear bombs and crazy and stupid movies like The China Syndrome. Fear is the primary moving force in American politics there, as everywhere –  irrational fear.
Ab and Gaia had a different take, that maybe there is electricity being generated from these plants, but that its source is not uranium, but rather excess energy taken off the grid (at night?) to keep the grid from seizing and shutting down. That would harmonize with Gibson’s opening remarks above. He is addressing the inherent instability in the electrical grid, and the need to keep it stable, especially at night when demand is down.
If producing energy at night after removing electricity from the grid, they are not putting it back in the grid. Where does it go? It is vaporized, sent its way and left unused. This would mean that nuclear power plants produce electricity during the day, and at night burn it off for the sake of grid stability. That’s all I can make of it given Ab and Gaia’s input and the actual existence of 440 plants worldwide.
The book The End of Fossil Fuel Insanity, when I initially tried to order it from Amazon, was unavailable, that is, it was in print and there was no shortage of supply, but Amazon oddly said that it was dangerous to ship it to my address. I interpreted this as shadow-banning, but the book is now available for half of what I ended up paying for it. Etam is refreshing in that he does not have all the answers, and only sets out to relay to us how incredibly complicated it would be to shut down our fossil fuel delivery system and replace it with solar and wind power.
He has not yet addressed the idea that solar and wind are inherently costly and unreliable, only that you cannot unplug one source of power and replace it with another without major disruptions due to technical matters that no one in the climate alarmist movement understands.
I am by nature a conservative in this sense: Always proceed with caution when making major changes, going slowly, in small increments that can be undone if there are major problems encountered. Climate alarmists are wild-eyed zealots, and can (even intend to) do major harm to society. If you think, as I do, that they are clueless about the science behind climate, imagine too that they are also clueless about the technology behind our electrical and gas delivery grids. They are dangerous.
As to Ab and Gaia, maybe they have hit on something, but I refuse to believe that the 440 plants word wide and 92 in the US (spook markers noted) are put there like Georgia Guide Stones, just for show, and easily destroyed without doing major damage. Some other game is afoot.