OUT OF MIND » THE INSANITY OF REALITY » POISON PLANET » Rainwater No Longer Safe to Drink Anywhere on Earth Due to Cancer-Causing Chemicals, Scientists Warn

Rainwater No Longer Safe to Drink Anywhere on Earth Due to Cancer-Causing Chemicals, Scientists Warn

Rainwater No Longer Safe to Drink Anywhere on Earth Due to Cancer-Causing Chemicals, Scientists Warn Fri Aug 12, 2022 10:20 am By Elijah Cohen
Scientists in Europe have concluded that levels of man-made “forever chemicals” in rainwater have made it “unsafe to drink” around the world—even in the most remote areas of the planet like Antarctica.
There is now reportedly no safe spot in the world to escape these cancer-causing chemicals.


Rainwater almost everywhere on Earth has unsafe levels of ‘forever chemicals’, according to new research. How has this happened and what’s the fallout? 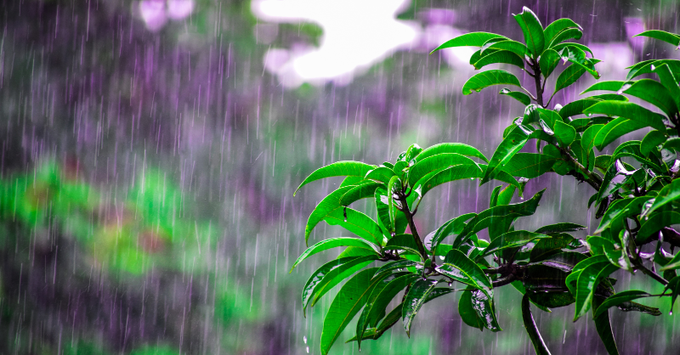 In a new study published on August 2 in the peer-reviewed journal Environmental Science and Technology, researchers from Stockholm University and ETH Zurich argue that the amounts of per- and poly-fluoroalkyl substances (PFAS) considered acceptable for drinking water, surface water and soil in official guidelines have decreased “dramatically” over the past 20 years “due to new insights into their toxicity.”
“There has been an astounding decline in guideline values for PFAS in drinking water in the last 20 years,” explained Ian Cousins, a professor at the Department of Environmental Science, Stockholm University and lead author of the study.
“Based on the latest US guidelines for PFOA in drinking water, rainwater everywhere would be judged unsafe to drink,” Cousins said.

“Although in the industrial world we don’t often drink rainwater, many people around the world expect it to be safe to drink and it supplies many of our drinking water sources.”

Cousins called the decline “astounding.”
In a press release, Cousins said the recommended safe drinking water guideline value for one chemical in particular—the cancer-causing perfluorooctanoic acid—has dropped by 37.5 million times in the United States.
“Forever chemicals” are a large group of human-made chemicals that are known to cause cancer and don’t occur naturally in nature. They can be found in household items including food packaging, electronics, cosmetics, and cookware because they have non-stick or stain-repellent characteristics.
PFAS are referred to as “forever chemicals” because they don’t ever break down in the environment.

Extensive research has been conducted on the effects being exposed to PFAS may have on one’s health.
According to some of the findings, scientists say these chemicals could be linked to infertility issues, an increased risk of cancer, developmental delays in children, and more.
However, others claim that no cause and effect can be proven.

OUT OF MIND » THE INSANITY OF REALITY » POISON PLANET » Rainwater No Longer Safe to Drink Anywhere on Earth Due to Cancer-Causing Chemicals, Scientists Warn

» Tattoos linked to chronic health problems; dyes, chemicals can cause long-term allergies and infections, warn scientists
» Sunrise in the WEST: Scientists warn North could be SOUTH as Earth’s magnetic poles SWITCH
» So You Like your Coffee? Then Drink it and live longer, Study says
» Black Water Flowing In Mississippi, Residents Told Its Safe to Drink
» 3/26/19~INDEPENDENT RURAL FARM COMMUNITIES ARE THE FUTURE(!)CITIES WILL NO LONGER BE SAFE(!)