OUT OF MIND » THE INSANITY OF REALITY » GLOBAL FOOD CRISIS » The Coming Food Crisis is Being Engineered by the United Nations?

The Coming Food Crisis is Being Engineered by the United Nations?

The Coming Food Crisis is Being Engineered by the United Nations 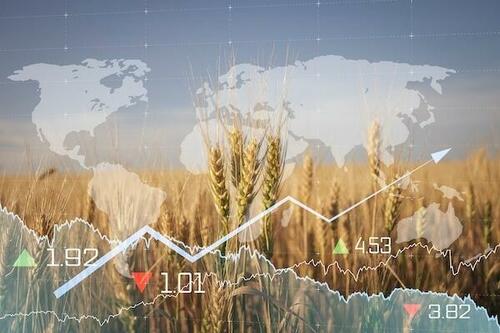 Is The Food Crisis Over Or Just Getting Started?

by ZeroHedge News
Authored by Chris Macintosh via InternationalMan.com


The folks over at the UN stopped destroying the world for a brief few minutes to publish a piece (snapshot below) justifying their behavior and explaining the “benefits” of the famine they’ve engineered.

Not making this up. 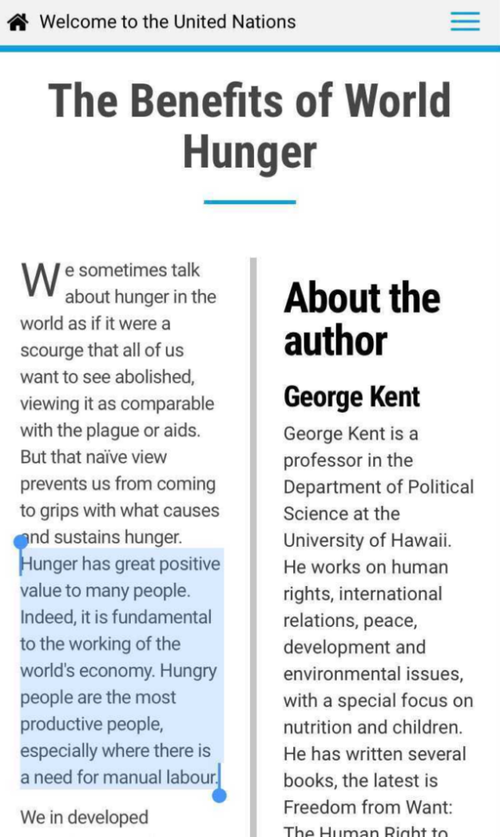 The article remained on the UN website for a day or so before being deleted after it went viral on social media, with people horrified at the truly unbelievable evil. The good thing about this is that as they continue with their predictive programming and NLP (seriously, look into both and it promises to blow your mind), more and more people wake from their trance. Once woken, they realize the incredible danger they are all in. And that is a good thing because you can’t fight an enemy until you understand one exists.
The “great reset” requires a populace beholden to the government and nobody else. As the central planners pursue their agenda of getting there, this is bound to be fraught with an awakening and a lot of angst.

The Great Awakening of the Average Joe

While Joe Sixpack doesn’t understand most of these, he doesn’t actually need to.
What Joe does care about is when he can’t afford groceries and when his electricity bill now suddenly wipes out his entire annual disposable income.
And that is enough to provide both pushback and an increasing ability to awaken to the horrors of what comes for him if this communist agenda masquerading as a plan to “save us from climate change” is NOT stopped in its tracks.
And with this realization will come politicians — many who themselves are parasites but doing what comes naturally to them: sensing a shift in the winds and rushing to get in front of it, champion it, and gain support.
Here, take a look. According to France24, Giuseppe Conte, the head of Five Star, said:

I have a strong fear that September will be a time when many families will face the terrible choice of paying their electricity bills or buying food. We are absolutely willing to dialogue, to make our constructive contribution to the government, to Draghi, (but) we are not willing to write a blank cheque.

He’s not wrong, of course, but this is a thug who was a massive contributor to the problems our proverbial “Joe” now faces.
Take a look at this. 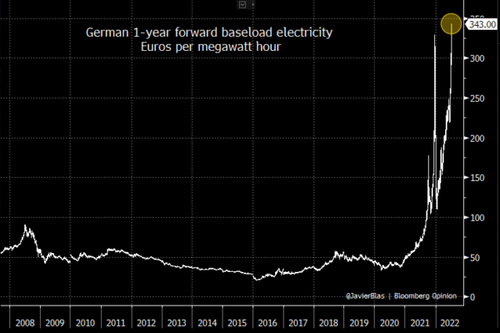 And as we’ve been continuously saying: energy underpins EVERYTHING. Which is why Eurozone CPI looks like it just mainlined viagra. 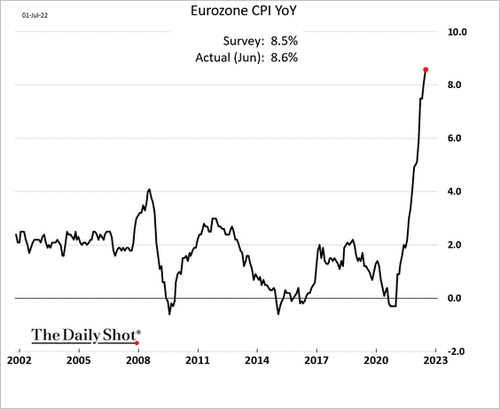 And this is saying something because as you know the way they measure CPI is, of course, complete hogwash and roughly half the real rate. Check out John Williams’ Shadowstats, where inflation in the US is calculated based on the methodology used back in the 80’s (pre-fraud). It just hit 17.3%. That’s a tad more than the 9.1% print they just tried to trick you with. 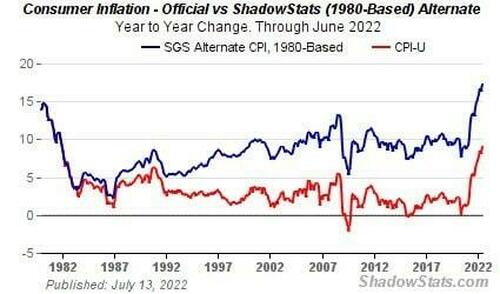 The other thing “Joe” cares about is when the government — under the guise of “saving the planet” — begins the process of stealing up to 50% of the farms in the Netherlands.

Under a ridiculous narrative of “reducing nitrogen omissions” the Dutch government are proceeding with a blatant land grab of 30% of the Farmland. It is worth pointing out that air is 78% nitrogen. These morons have literally decided that air is dangerous.
Anyway, the farmers are having none of it and have blockaded roads, airports, and distribution centers. The fishermen have joined in and blocked the ports.
Domestically the Dutch farmers have massive support. Gratefully, people seem to intuitively understand that without them there will be no food. The propaganda is no longer having the desired effect on the populace. What a shame!
Every day a few more people wake to reality, and once you wake, you can’t unsee what you’ve seen. The existing political parties’ credibility is severely damaged. I’ve thought for some years now that if there is to be a shift, it will likely come from third parties. This is true across the Western world, and not uniquely a Dutch thing.
The Farmer–Citizen Movement in the Netherlands is now gaining momentum and size faster than any other. 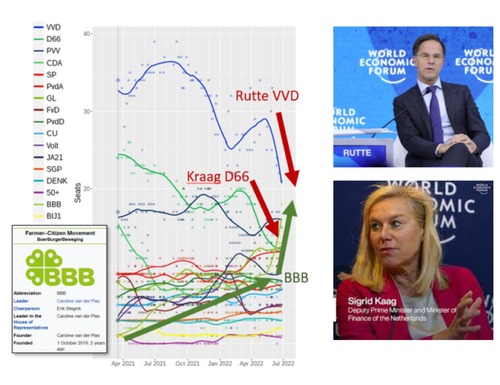 Over in France, the Marxist agenda gathers momentum.

France will fully nationalise EDF (EDF.PA), Prime Minister Elisabeth Borne said on Wednesday, in a move that would give the government more control over a restructuring of the debt-laden group while contending with a European energy crisis. 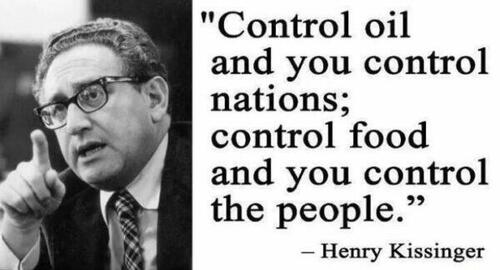 It is at this point that we should review a little history.

The last head of a European government to be killed and eaten by a mob was Dutch Johan de Witt in 1672, who was mutilated, hung, and had his liver roasted and digested by Orangists in the Hague. 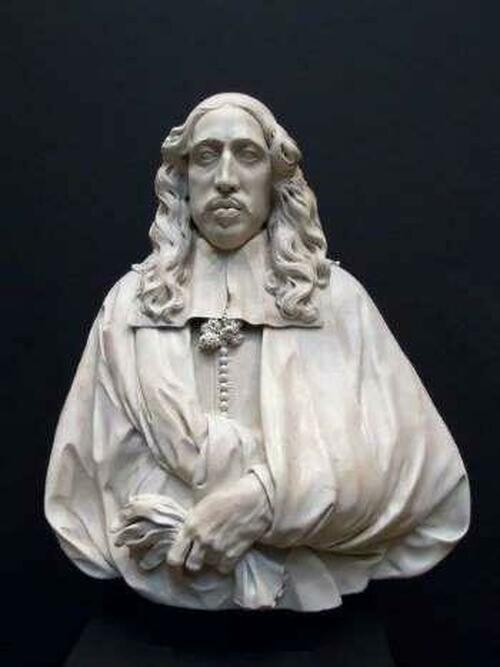 Davos man deserves at least as much.
In the meantime, Europeans are going to be cold and hungry. Winter is just a few short months away now which brings us to investment implications. The stampede will begin in earnest for food and all those banned products like fertilizer.
Read the full article at ZeroHedge.com.
Comment on this article at HealthImpactNews.com.

OUT OF MIND » THE INSANITY OF REALITY » GLOBAL FOOD CRISIS » The Coming Food Crisis is Being Engineered by the United Nations?