School Board Backtracks After Parents Speak Out Against Submitting Student-Athlete Data to Gates-Linked Platform Thu Sep 01, 2022 9:13 am


After controversy erupted at an Aug. 17 school board meeting in West Palm Beach, Florida, the School District of Palm Beach County School Board walked back a policy that would have required medical data for student athletes to be submitted online via Aktivate, a digital platform connected to Bill Gates and Jeff Bezos. 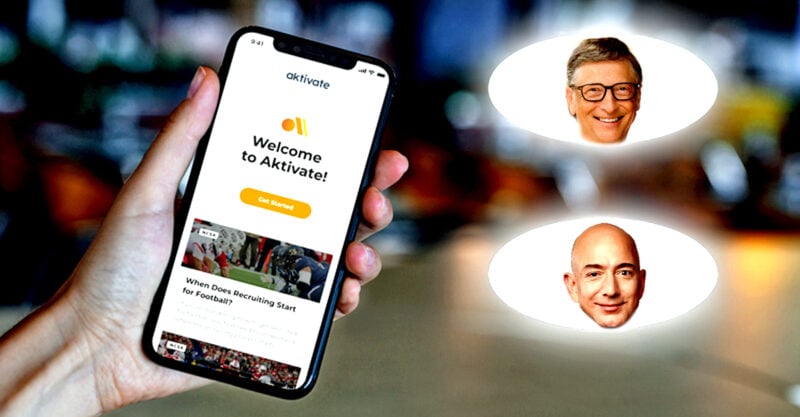 Miss a day, miss a lot. Subscribe to The Defender's Top News of the Day. It's free.
After controversy erupted at an Aug. 17 school board meeting in West Palm Beach, Florida, the School District of Palm Beach County School Board walked back a policy that would have required medical data for student athletes to be submitted online via Aktivate, a digital platform connected to Bill Gates and Jeff Bezos.
The policy would have required all mandatory forms and medical data for the registration of middle school and high school athletes to be submitted via the Aktivate platform, instead of in paper form.
Aktivate is a private company, founded in 2021, that designs and markets software for the registration of student athletes and the submission of their medical data.
Although the school board is said to have been aware it would be signing a contract with Aktivate as early as February 2022, finalizing that deal in May, parents and athletic personnel were not consulted and not informed until July, shortly before athletic registrations for the new school year were to begin.
The policy of mandatory registration of student athletes through the Aktivate platform was also reportedly not discussed at school board meetings until several parents brought the issue to the agenda for the Aug. 17 meeting. Concerns were also raised about the usability of the software and the privacy of students’ data.
Watch the meeting below with public comment starting at 1:57:

School board walks back policy after concerns raised from parents, coaches
It was such concerns that prompted the school board to walk back the policy just two days after the contentious meeting, making the registration of student athletes through Aktivate “optional” instead of a requirement.
In a call that went out from the school district to parents on Aug. 19, the district informed them that registration through the Aktivate platform was no longer mandatory, and claimed that “confidentially concerning student information is a priority of the school district.”
This call was followed by a school district statement provided to local NBC affiliate WPTV on Aug. 22:
“The district is offering parents a second option for the submission of athletic packets as a means of accommodating those families who feel more comfortable using our prior manual submission process, which was a paper submission.”
In the preceding days and weeks, a myriad of concerns had been raised by parents and guardians, as well as coaches and other athletic personnel regarding the usability of the Aktivate software and the privacy of data that would be submitted through it.
One parent who spoke at the Aug. 17 meeting stated:
“We want a system of accepting forms without relinquishing the right of data and ownership, especially of our own children.
“As a parent, I want you to stand with me and prevent our children and their information from becoming a corporate product.”
According to WPTV, some of these concerns pertained to “some privacy terms and statements on the company’s website,” which the parents saw when they visited it to submit the requested data for their children.
The Palm Beach Post reported that going paperless appeared to be an attractive option for reducing paperwork and bureaucratic delays in the registration process for student athletes, in light of a “transfer trend sweeping the state.”
The Aktivate platform would purportedly streamline the registration process and eliminate the risk of athletes being declared ineligible.
However, in addition to concerns about data and privacy, numerous parents and guardians, in addition to coaches and athletic directors, argued that the Aktivate software was cumbersome and difficult to use.
As described by the Palm Beach Post, the process “went from stapling a handful of papers and turning them over to the right hands” to a process that was “more difficult than ever.”
This was evidenced by the slow rate of student athlete registrations. As of the day of the school board meeting on Aug. 17, only 10,000 out of 21,906 athletes who had launched the registration process via the Aktivate software, had successfully completed it.
In another example, just days before the Aug. 17 school board meeting, the football roster for one area high school only had 10 players cleared through the Aktivate system, out of a total of 51 players.
Other issues cited by the Palm Beach Post included:

» Parents Put School Board Members On Notice After They Vote To Reinstate Masks For Kids
» ‘This is Not a Negotiation’: Fed-Up Parents Serve Stunned School Board $200 Million Lawsuit Over Mask Mandate
» California School Board Members Mock Worried Parents, ‘I’m Gonna F**k You Up’, Adds ‘They Want Their Babysitters Back’
» California Parents Flood School Board Meeting – Demand Parental Rights Sanctuary Regarding Mandatory Vaccines
» Honour student who works two jobs to support her siblings after her parents split up and left town is put in JAIL for missing school due to exhaustion