The production of nanodiamonds from PET plastic paves the way toward a new form of recycling, and even has implications for exoplanets that rain diamonds. 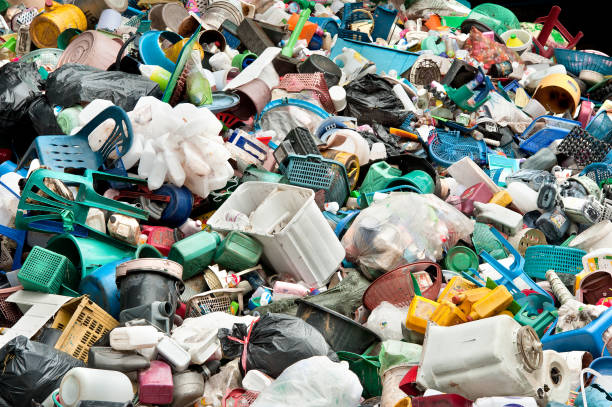 More than a billion miles away from Earth, on the ice giants of Neptune and Uranus, diamonds are forever. This isn’t cosmic poetry, but a reasonable scientific conclusion: We know that under extreme pressures and high temperatures miles beneath a planet’s surface, hydrocarbons are pummeled into a crystalline bling coveted by the affianced. But on far-flung Neptune and Uranus, the Universe’s diamond-making process is a bit more curious. Since the 1970s, scientists believed that diamonds might actually rain down toward the mostly slushy planets’ rocky interiors—a diamond rain, if you will.

In 2017, researchers in Germany and California found a way to replicate those planetary conditions, fabricating teeny tiny diamonds called nanodiamonds in the lab using polystyrene (aka Styrofoam). Five years later and they’re back at it again, this time using some good ol’ polyethylene terephthalate (PET), according to a study published on Friday in Science Advances. The research has implications not only for our understanding of space, but paves a path toward creating nanodiamonds that are used in a range of contexts out of waste plastic.

So, why in the world are we making diamonds out of the same plastic that things like food containers and water bottles are made of? There’s a good reason for this, Dominik Kraus, a scientist at the German research laboratory Helmholtz-Zentrum Dresden-Rossendorf and lead author of the study, said in an email.

When Kraus and his colleagues first attempted making nanodiamonds with polystyrene—which contains the same elements of carbon and hydrogen found on Neptune and Uranus—they did so by bombarding the material with the Linac Coherent Light Source, a high-powered X-ray laser at the SLAC National Acceleratory Laboratory in California. This process rapidly heated the polystyrene to 5,000 Kelvin (around 8,540 degrees Fahrenheit) and compressed it by 150 gigapascals, similar to conditions found about 6,000 miles into the interior of the icy planets.


While the researchers were able to make the microscopic bling with two quick hits from the laser, they later realized one vital chemical ingredient was missing: oxygen. So they turned to PET, which has a good balance of not only carbon and hydrogen but also oxygen, making it a closer chemical proxy to the ice giants than polystyrene.

“The chemistry at these conditions is very complex and modeling extremely difficult. ‘Anything can happen’ is a typical phrase when discussing such scenarios with theorists,” said Kraus. “Indeed, there were some predictions showing that the presence of oxygen is helping [carbon separate from hydrogen] and diamond formation, but also ideas that it may be the other way around.”

To put the theoretical pedal to the metal, Kraus and his colleagues took a piece of PET, put it through the same 2017 experimental motions, but also included something called small angle X-ray diffraction to see how quickly and how large the diamonds grow.

“We found that the presence of oxygen enhances diamond formation instead of preventing it, making ‘diamond rain’ inside those planets a more likely scenario,” said Kraus. “We [also] see that diamonds grow larger for higher pressures and with progressing time in the experiments.”

They were also able to squeeze out a lot of tiny diamonds from just one shot of X-ray, on the order of a few billion crystallites (or a few micrograms if you’re talking total weight). But Kraus said this isn’t enough, at least right now, for application purposes like diamond quantum sensors, which are used to detect magnetic flow, or chemical catalysts, which need a couple of milligrams at minimum. However, it could eventually be scaled up to serve those purposes, and be the first step to a more ritzy way of plastic recycling.


"If industrial scaling of the formation process indeed works as discussed above, and nanodiamonds will be required in very large quantitates for certain processes, e.g., catalysis for light-induced CO2 reduction reactions helping to reduce global warming, this may indeed become a potential way to recycle large amounts of PET,”  said Kraus.

While making sparkly micro-baubles is all great and good, it’s important not to lose sight of the scientific intention: to better understand how extreme environmental conditions on our icy planetary neighbors give rise to literal diamond showers. To that end, Kraus and his team believe they also found more evidence for a bizarre type of water first theorized but then definitively discovered in 2019.

Called superionic water, it acts like a weird cross between solid and liquid, the New York Times reported in 2018, and is believed to fill the mantles of Neptune, Uranus, and potentially countless other ice giants and other planets. It may not have any applications for us on Earth but its presence may explain why some celestial bodies have peculiar magnetic fields. Kraus said that the finding that nanodiamonds indeed form inside ice giants makes it more likely for the conditions for superionic water to arise.

“In our experiments, we did not yet see direct evidence for superionic water forming alongside with diamonds,” said Kraus. “[But] our experiments show that carbon is separating from hydrogen and oxygen allowing pure water regions to form inside the planets. Thus, by making diamond precipitation a more realistic scenario inside those planets, also the formation of superionic water becomes more likely.”

Superionic water aside, Kraus and his colleagues have got a bit more research to do on the nanodiamond front. They’re looking for ways to make large quantities of the tiny gems in minutes and with more accessible, yet still high-energy, laser systems. They might even try tossing in elements like nitrogen to see how that would affect the nanodiamond shape. (Nitrogen is quite common in diamonds—about 98 percent of natural diamonds contain tens to several hundred parts per million of nitrogen atoms.)

If anyone reading this is thinking of doing a Breaking Bad but with diamonds and old water bottles, maybe just leave the complicated physics to the experts.