OUT OF MIND » THE INSANITY OF REALITY » GLOBAL FOOD CRISIS » Prepping skills: 15 Food storage and preservation methods to learn before SHTF 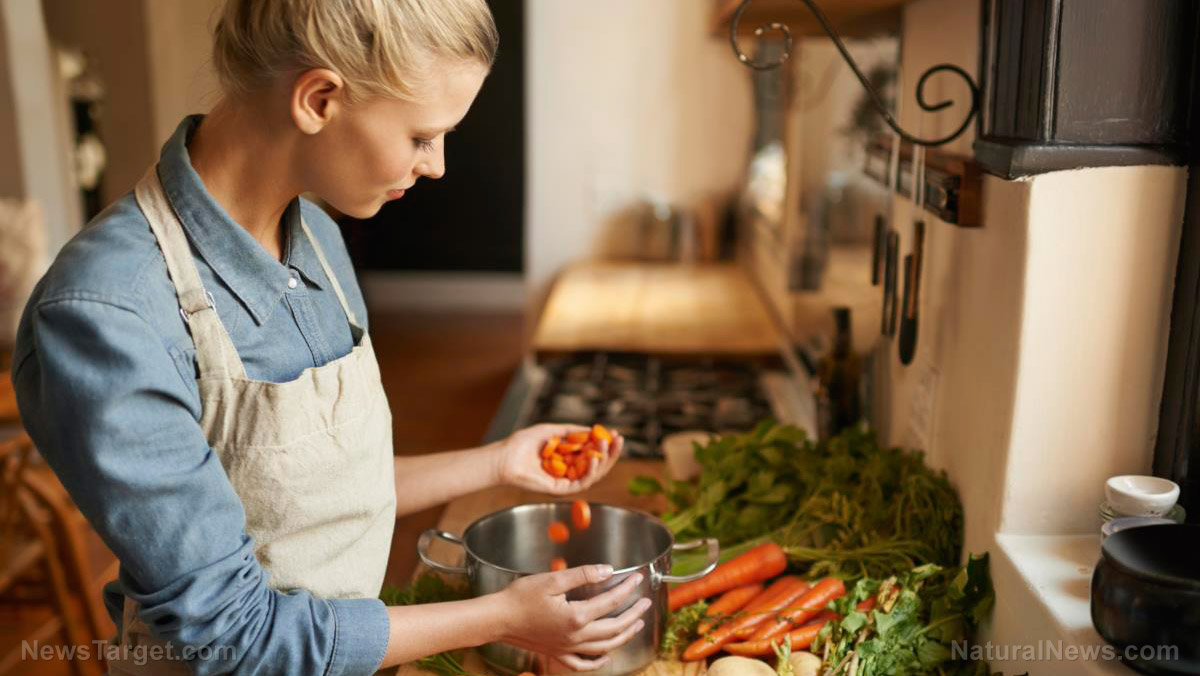 When preparing for different long-term survival scenarios or economic collapse, your preps will usually include getting the right gear and stockpiling food supplies.
One item many preppers are predominantly preoccupied with is food. Food is crucial because even though humans can survive without food for weeks, slow starvation will degrade both the body and mind.
No matter what kind of food you want to stock up on, it must be stored properly if you want it to last long. This is where proper food storage procedures and techniques come in. (h/t to ModernSurvivalOnline.com)
Using the right food storage and preservation methods will improve your overall diet, reduce food waste and help you stay prepared for most survival scenarios like long-term power outages or major SHTF events
Many food storage and preservation techniques work because they help reduce or even completely eliminate bacteria and other microorganisms that contaminate food, causing decomposition and spoilage.

Try these traditional food storage and preservation methods if you want to start with basic techniques or if you don’t want to spend too much on different tools and high-tech equipment.

If you are dealing with a liquid that requires storage, boiling is one of the most effective ways to kill microorganisms.
Boiling works the same as other heating methods. It pushes the temperature past the point where bacteria, viruses and other microbes can survive. This effectively kills pathogens, and they cease posing a risk to the integrity and safety of the liquid being preserved.

Use a campfire, stove or any other heat source to reach the sustained temperature necessary to boil water, milk or other liquids.

Burying is one of the oldest and most effective traditional food storage and preservation methods.
Burying preserves food by depriving bacteria of oxygen and lowering the ambient temperature. Burying also eliminates light that could reach the food. (Related: Food supply tips: 5 Food preservation methods to learn before SHTF.)
Burying helps lower the pH level of the environment around the food. The drier and saltier the soil is, the more effective this method will be.
Root vegetables are perfect for burying since they are naturally resistant to spoilage under such conditions. You can also use this method for items that are stored in a root cellar.

Canning is a common food preservation method. It is great for preserving fruits, vegetables, meats and dairy products. Canning food involves placing cooked or processed food in a sterilized jar that is then sealed and boiled to kill off any bacteria that may still be in the food.
Canning requires some practice, but if you use the proper techniques, it is one of the best methods for food storage and preservation.
Here’s a list of some foods that are suitable for home canning:

Chilling or cooling food drastically decreases the rate of decomposition by significantly slowing down the reproduction, growth and action of different microorganisms and the enzymes they produce that break down food and cause it to spoil and rot.
Modern refrigeration isn’t the only way to effectively chill food. In cold climates, you can practice cooling by setting food outside in boxes to protect it from animals. You can also use a root cellar or icebox.

Confit is a method of preparation and preservation originating in France. It consists of slowly cooking food at a low temperature while fully immersed in oil, grease, syrup or its own rendered fat (when using meat).
Once cooking is finished, the food is stored in its own cooled and congealed liquid if it is not to be immediately served.
Popular foods for confit preservation include fruits cooked whole (or in pieces when using larger fruit), meats or poultry. You can also make confit out of sturdy vegetables like potatoes.
Meats are cooked in their own rendered fats at a very low temperature and never higher than 185 F.

Curing or salting is the process of preserving and simultaneously flavoring meat, fish or vegetables by adding a lot of salt.
Salt draws moisture out of the food via osmosis, which increases the amount of salt in the food and simultaneously reduces its moisture content.
This keeps food safe from a variety of microscopic organisms like bacteria. Curing is a simple and affordable technique even for newbie preppers, but it is not recommended for anyone watching their salt intake.

Freezing food is an upgraded chilling method. It prevents decomposition by turning the moisture present in food into ice, halting the growth of almost every species of microorganism responsible for the degradation of food.
One major advantage of freezing is that you don’t need to use preservatives while the food remains frozen. Reaching a stable temperature of 15 F or lower will prevent bacteria from growing and significantly extend the shelf life of food.
Foods with a modest to low moisture content freeze best and thaw for preparation with minimal loss of taste and texture. Meanwhile, foods with a high moisture content or delicate consistency may be rendered unpalatable by freezing.

Heating or cooking food is probably the most essential and basic form of food storage. Heating food works like other methods of food storage by killing microorganisms responsible for decay by warming them to a temperature where they can’t survive.
However, once the food has cooled down or heat is no longer applied, bacteria can once again flourish in the food.

Jellying preserves food by cooking it in any material that solidifies into a gel form. Most people think of gelatin when they hear the word jellying because it is one of the most common and popular substances used for the procedure.
Other workable jellying ingredients include agar, arrowroot flour and maize flour.
Jellying is most commonly employed in North America to make fruit preserves, jams and traditional jellies. You can also use this method to make savory items like traditional tomato aspic.

Lye preservation uses lye and sodium hydroxide to change the pH balance of food.
Lye is extremely alkaline and food that has been treated with it is rendered too alkaline for any bacteria to grow and flourish.

Pickling is one of the most delicious methods of food storage and preservation on this list. It is used to preserve food in various liquids that inhibit or kill microbes.
Pickling is used to make different dishes and foodstuffs like pickled cucumber or corned beef and pickled eggs.

Sugaring is similar to curing and draws water from food, dehydrating and killing microorganisms.
Sugaring usually requires the dehydration of food which is then packed or surrounded with pure sugar, either in crystal form or in a liquid or syrup form. Fruits and root vegetables are excellent candidates for sugaring.
You may have to skip this method if you don’t have a lot of sugar in your stockpile.

Try some of these methods if you don’t mind investing in pricier food preservation tools and equipment.

There are two types of chemical preservatives: antioxidants, which absorb oxygen and prevent the degradation of food components, and antimicrobials, which delay or halt the growth of bacteria, fungi and mold.

Cryodesiccation is more commonly known as freeze-drying.
Compared to typical dehydration that relies on heat, cryodesiccation is a multi-step process that begins by freezing the food and lowering the atmospheric pressure around it. Once this is done, ice crystals evaporate via sublimation.
Freeze-dried fruits have higher quality than dehydrated fruits. Freeze-drying allows food to retain its texture, shape, taste and nutritional value, but this method requires the right equipment.

Vacuum-packing is a process that stores food in a ready-made environment deprived of interior atmosphere and oxygen. Bacteria need oxygen to survive so vacuum-packing suffocates bacteria and prevents the majority of other bacteria from growing.
Vacuum packing is often used on foods commonly stored in bags or bottles. Vacuum-packing is quick and efficient, making it a great option for beginner preppers. However, it requires using the right machine and is completely dependent on electricity to operate.
Food storage and preservation is a crucial prepping skill if you want to extend the shelf life of food in your kitchen and survival stockpile.
Watch the video below for three tips on how to sterilize home canning jars.

OUT OF MIND » THE INSANITY OF REALITY » GLOBAL FOOD CRISIS » Prepping skills: 15 Food storage and preservation methods to learn before SHTF