‘Fireball’ that flew across the UK last night wasn’t a meteor, expert says

Posted BY: ladbible.com
A ‘fireball’ that soared across the sky in the UK last night (Wednesday 14 September) wasn’t a meteor, according to an expert. Check it out here:
Hundreds of people reported seeing the mysterious phenomenon, and some witnesses were able to capture the spectacle on camera.
“Did I legit just see a shooting star in Motherwell or is that something crashing out the sky?” one person tweeted.
Another said they’d seen the fireball going over Paisley, Scotland, last night at 10pm, and was thrilled to capture the moment in a recording.
Sharing the footage on Twitter, they said: “Can’t believe I seen this and managed to catch it on camera!! Going over Paisley at 10pm #glasgow #paisley #meteor #comet #fireball.”
It turns out it wasn’t a meteor though, according to John Maclean, an astronomer at UK Meteor Network. 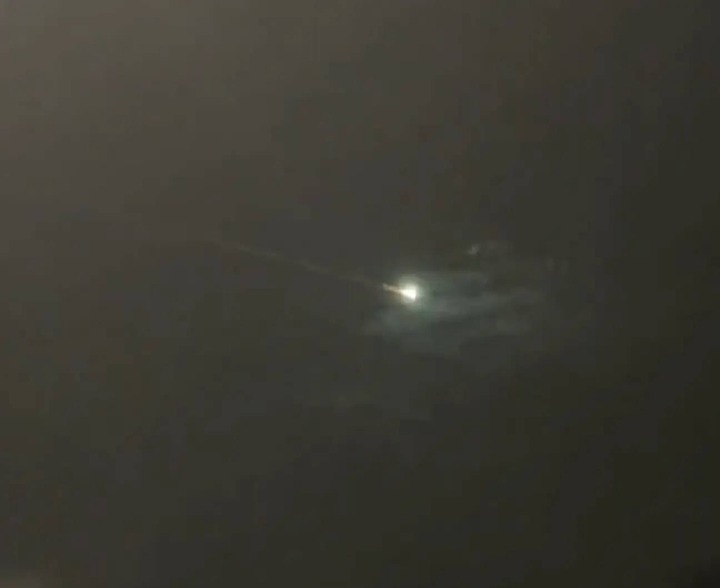 It seems it wasn’t a meteor after all. Credit: Twitter/@_vangal
Speaking to The Guardian, he explained that it was most likely space junk as it was travelling too slowly to be a meteor.

He said: “What we’re looking at at the moment is a Starlink satellite, which was actually due to deorbit or reenter atmosphere today, but it is possible it could have deorbited slightly early.”
The network said there had been almost 800 reported sightings of the fireball from across the UK and Ireland.
Maclean added: “The trajectory was south to north. It was first noticed as it went from the north of England. It probably just burnt up in the atmosphere. But if any of it landed it would have been in the Atlantic near the Hebrides.

There have been nearly 800 reports of the fireball that was seen over UK last night. The preliminary trajectory has been calculated by the IMO and indicates that the object, which we now believe to be space debris, would have landed in the Atlantic south of the Hebrides. pic.twitter.com/skSvl0YH5Y— UK Meteor Network (@UKMeteorNetwork) September 15, 2022

“Most meteors enter the atmosphere between around 75,000 and 80,000 mph. Whereas space junk is slower at 25,000 to 30,000 mph. As a result space junk is visible across the sky for much longer.
“A meteor would be a matter of a few seconds, whereas this was visible for 20 seconds. That’s too slow for meteor.”
He continued: “And if you look at the videos, the way it breaks up is more consistent with a piece of space debris. Meteors do break up when they come through the atmosphere, but usually near the end of their trajectory. This was breaking up much higher.
“Sometimes there are satellites or debris from a space launch, which we’re not notified about, especially from China. This doesn’t seem to have been one of them.”
Thanks for clearing that up, John. Guess the UFO is just a FO now, or more likely just an O actually… though maybe not even that now if it burnt up into pieces.
Anyway, what I’m trying to say is, thank you very much John for the explanation. Now let’s all move on with our lives.