As the world’s financial crisis goes from bad to worse, we are increasingly seeing stories where people cannot access their own money in their own bank accounts.
In July we reported that there were violent bank runs happening in China because depositors were locked out of their own accounts. See:


Chinese Bank Run Turns Violent After Angry Crowd Storms Bank of China Branch Over Frozen Deposits – Are You Prepared for the Financial Crash?

When people can no longer access their own funds from the banking cartel, they get desperate.
A story out of Lebanon today reports how there have been a rash of bank robberies in that country from depositors robbing the bank to get money out of their own accounts. (Full story below.)
If you think that banks freezing their own depositors bank accounts and preventing them from withdrawing their own money would never happen in the United States, think again. It was just earlier this year when Canada locked its citizens out of their own bank accounts during the trucker blockades. See:

The Globalists control much of what happens in the world through the banks, and their goal is nothing short of total tyranny and absolute power, as they plan to eliminate cash and move to a Central Bank Digital Currency, where every single financial transaction is controlled by them, and where they can enforce social behavior by simply preventing you from accessing your funds.
We are seeing signs of this move to control social and political behavior already, as Visa, Mastercard, and American Express have all recently stated that they will start tracking purchases of guns and ammunition. (Source.)
And with the recent targeting of Trump supporters who are all being branded as “White Supremacists,” how long do you think it will be before they start freezing their bank accounts, if that is not happening already? 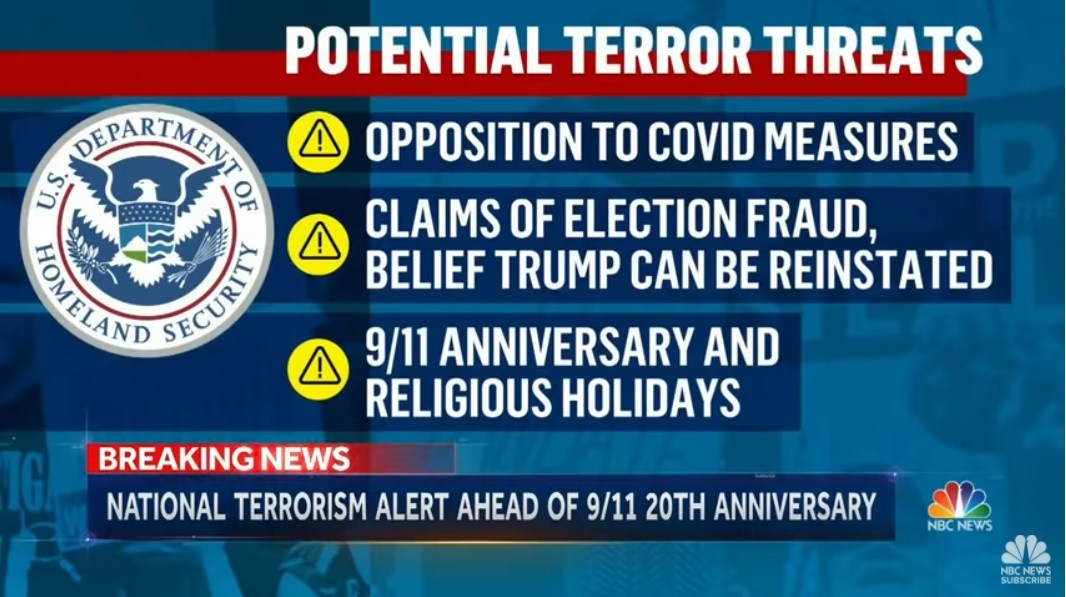 And it is not just Trump supporters who are being targeted.
On the anniversary of 9/11 this past weekend, Department of Homeland Security (DHS) chief Alejandro Mayorkas stated that the greatest threat to America today is not foreign terrorists, but American citizens and “domestic terrorism,” which he defined as Americans “radicalized” by an “ideology of hate,” “anti-government sentiment” and “false narratives propagated on online platforms.” (Source.)
Last year the DHS raised the National Terrorism threat alert to include those who opposed COVID measures as “domestic terrorists.”
So the “legal” framework is in place for the U.S. Government to freeze bank accounts of those they decide to label as “domestic terrorists,” which is about half the population.

People are ‘robbing’ banks in Lebanon – to take their own money 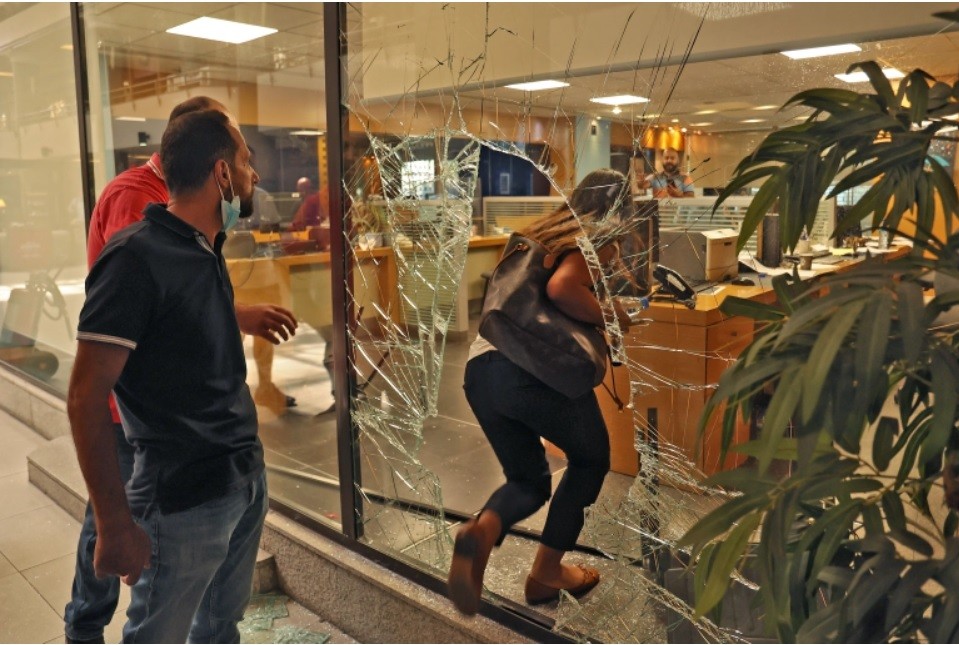 The glass facade of a bank in the Lebanese capital Beirut is broken, after a woman stormed it demanding access to her sister’s deposits to allegedly pay for her hospital fees, on September 14, 2022 [Anwar Amro/AFP]
by Al Jazeera

Bank heists in Lebanon have become a growing trend – but these armed “robbers” storming into banks are not stealing anyone else’s money. They are just demanding access to their own savings.
And instead of being prosecuted, the perpetrators have largely been allowed to remain free and have become folk heroes.
The incidents have become increasingly common as Lebanon’s economic crisis continues. The local currency, the Lebanese pound, has depreciated by more than 90 percent against the United States dollar on the black market, while the government’s restrictions on how much money people can withdraw from their own bank accounts have also exacerbated the situation.

So what is behind these bank heists?

How many ‘bank robberies’ have there been so far?

Are these lone-wolf acts or part of an organised movement?

How bad is Lebanon’s economic crisis?

»  A Mad World Run By Funny Money Why do We Allow Private Banks & Families to Control the World’s Money?
» New Zealand Banks want to confiscate people's money-
»  Banks Can Legally Steal Customer Funds From Private Checking Accounts....This means that once a banking customer deposits their money into an account with a bank, the funds become property of the bank.
» Wake-UpWorld – Andy Whiteley – One People’s Trust Lawfully Foreclosed Corporations, Banks and Governments For Operating Slavery And Private Money Systems – 18 February 2013
» You owe no money or mortgage to any bank. All banks have been foreclosed.