OUT OF MIND » BREAKING NEWS & HOT TOPICS » THE GREAT DIE OFF » New normal? List of those dying 'suddenly' continues to grow

New normal? List of those dying 'suddenly' continues to grow

A 35-year-old former Wilmington, Delaware city council member, a 7-year-old schoolboy in South Africa, and a woman who collapsed 15 minutes after getting her Covid booster are among the latest to die "suddenly" and "unexpectedly," according to reports.

Her death was confirmed on Friday by the City of Wilmington and Dixon's business RD Innovative Solutions of which she was CEO and founder.

None of the local reports lists a cause of death.

Dixon resigned in December 2021 after five years on the Wilmington council, saying she wanted to focus more time on her role as president of RD Innovating Planning, which she started while earning her master's degree from the University of Delaware.

Dixon had updated her Facebook page on Thursday in celebration of the 11-year anniversary of RD Innovative Planning, writing:

“Today is our 11th Anniversary!!! We have been busy today with our clients but we couldn’t finish the day without acknowledging our Anniversary.”

Citing media reports, The South African noted that Rayn was not sick before his death.

The report listed several other healthy young people who either died or suffered heart attacks in recent months.

• In August, 12-year-old Rick Hendricks collapsed on the rugby field in Pretoria after his heart stopped beating. He survived.
• In July, an 11-year-old boy suffered a heart attack at the Laerskool Generaal Nicolaas Smit primary school in Pretoria West.


• In July, 19-year-old student Helené Jansen van Rensburg died after she suffered a heart attack.
• In June, a Maties student, 18-year-old Jessica Matthews, collapsed and died during a hockey match in the Western Cape.

Meanwhile, Citizen Free Press reported on a Facebook post from a woman who said her mother collapsed and died just 15 minutes after receiving her Covid booster shot. 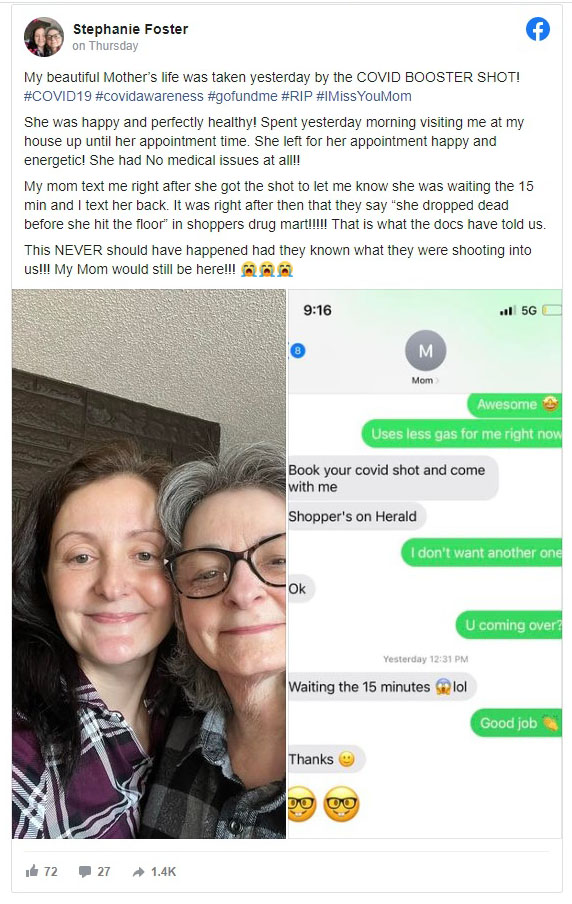 OUT OF MIND » BREAKING NEWS & HOT TOPICS » THE GREAT DIE OFF » New normal? List of those dying 'suddenly' continues to grow

» “The COVID shot is a normal vaccine. The COVID shot is safe. These injuries and deaths are normal.”
» There’s A Lot of Young, Healthy Servicemen Suddenly Dying in Their Bunks, and The Military Won’t Talk About It
» Mass Dying Continues “Raining Dead Birds” Descend on New Jersey, Still Unexplained
» John Ward – Lagarde’s List : The Fallout Continues As Ex-Interior Minster Tzanis Hangs Himself – 5 October 2012
» NIBIRU News ~ Could this be NORMAL? Or NOT NORMAL? plus MORE