OUT OF MIND » ARCHIVES OF SCAMMERS & SHYSTERS NO LONGER RELEVANT. IGNORE THEM AND MAYBE THEY WILL GO AWAY.. » #QTARD DRAMA THEATER ARCHIVES » QTards Think Something Big Is Coming... Because of a ‘Simpsons’ Episode

QTards Think Something Big Is Coming... Because of a ‘Simpsons’ Episode

QAnon Thinks Something Big Is Coming... Because of a ‘Simpsons’ Episode

According to QAnon, September 24 is going to get wild. 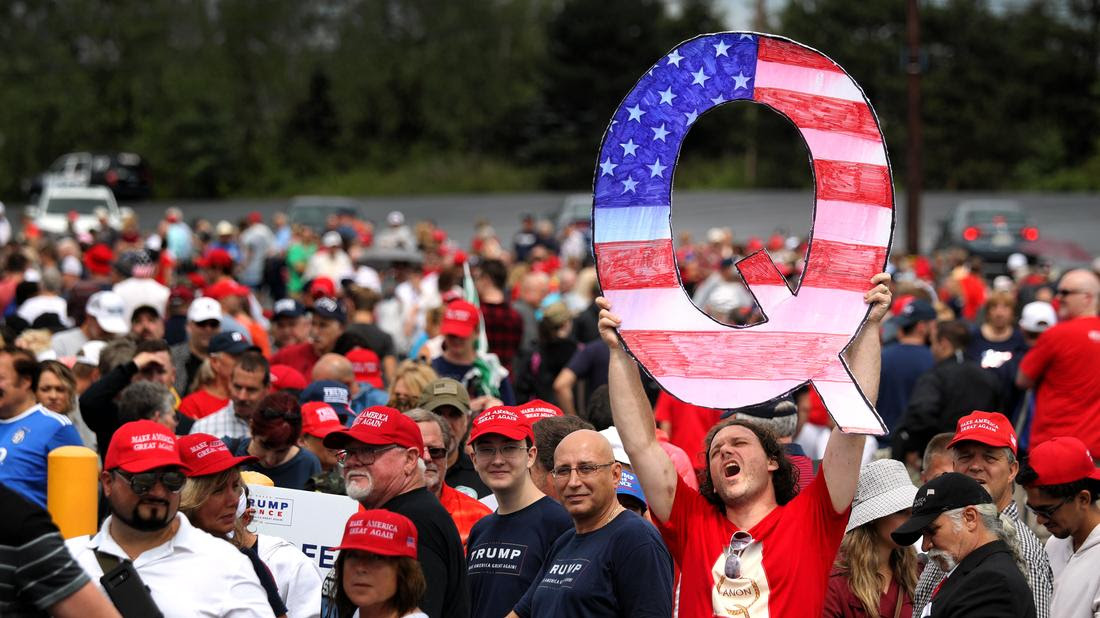 A conspiracy that “something big” is about to happen on Saturday, Sept. 24, has taken hold among QAnon supporters around the world, in part thanks to an episode of The Simpsons.

[*]The conspiracy first emerged in German QAnon channels on Telegram earlier this month, when followers began spreading a video that showed German lawmaker Friedrich Merz speaking to the Bundestag about the Russian invasion of Ukraine in February.

In his speech, Merz misspeaks and says that everyone will remember where they were on September 24, rather than February 24, the day Russia invaded. Merz corrected himself in the official record of the Bundestag, but QAnon followers in Germany believed they’d spotted Merz revealing a detail of a secret plan.

Without any extra information, however, QAnon followers were at a loss about what exactly was going to happen on the date in question. Soon, some intrepid researchers came up with a theory based on a single episode of The Simpsons.

One member of a German Telegram channel pointed out that in episode 9 of Season 24 (9/24, Sept. 24, get it?) of the animated sitcom, the plot revolves around a group of preppers. In particular, the characters discuss WROL, or Without Rule of Law, which is doomsday-prepper lingo for the complete breakdown of society after a major catastrophe.

The episode also features an electromagnetic pulse device, which QAnon followers believe will usher in “10 days of darkness” and ultimately the return of former President Donald Trump to the Oval Office.

The Simpsons has a long history of somehow accurately predicting the future, including Trump becoming president. But claiming that the show’s creators predicted the end of the world to the day and secretly signaled this prediction by using a specific episode in a specific season is taking things to a whole new level.

Despite the far-fetched nature of the conspiracy—or maybe because of it—the claims about Sept. 24 spread outside of German QAnon, eventually making their way to the U.S.

The claim has been spread by major QAnon accounts on Telegram, YouTube, and Trump’s own platform, Truth Social. One of those sharing the claim was Juan O Savin, a QAnon influencer whose real name is Wayne Willott, who has deep connections to far-right GOP candidates running for secretary of state positions in November’s midterms.

To back up their wild speculation, followers flagged other coincidences about the day—such as the fact that Sept. 24 on the Gregorian calendar converts to Sept. 11 on the Julian calendar. Others pointed out that it is the beginning of Rosh Hoshanah, the Jewish new year, though, like many of the claims, this is inaccurate as the holiday begins this year on the evening of Sept. 25.

Everything from nuclear armageddon to a financial reset to widespread water poisoning and an armed revolution has been predicted by those spinning these conspiracies to their followers.

Last weekend, one of the speakers at the conspiracy-filled Reawaken America conference series, where Trump’s two adult sons have spoken in the past, told the audience that “the day of vengeance” was a week away, before adding: “We’re going to watch it happen.”

The belief that “something” is coming has become increasingly prevalent in QAnon circles in recent weeks and months, as believers lament Trump remaining out of office and President Joe Biden occupying the White House.

“Not sure if something will happen on the 24th, but "something" is coming...I can feel it,” one member of the QAnon-focused Great Awakening forum wrote this week, sharing a feeling held by many within the movement.

Supporters are increasingly convinced their predictions will soon come true, buoyed by Trump’s seeming support for QAnon and recent events they cite as evidence of something happening, like the FBI’s search of Mar-a-Lago and Queen Elizabeth’s death.

But the building frustration has fueled violence. “Many in the QAnon scene are frustrated that the secret plan they so desired has not yet been seen in reality,” Josef Holnburger, co-director of CeMAS, a think tank specializing in conspiracy ideology and right-wing extremism, told VICE News.

In the U.S. alone there has been a noticeable uptick in violent activity linked to QAnon conspiracies in recent weeks. Last week, a man in Michigan shot and killed his wife and shot and injured his daughter after being radicalized by QAnon conspiracies. In Pennsylvania, an armed man who had shared QAnon videos on Facebook entered a Dairy Queen shop and threatened to “kill all Democrats.”

“Some individuals are therefore taking the plan into their own hands and threatening those they identify as enemies with death,” said Holnburger.

OUT OF MIND » ARCHIVES OF SCAMMERS & SHYSTERS NO LONGER RELEVANT. IGNORE THEM AND MAYBE THEY WILL GO AWAY.. » #QTARD DRAMA THEATER ARCHIVES » QTards Think Something Big Is Coming... Because of a ‘Simpsons’ Episode

» Oh oh! The QTards are not gonna like this! - Twitter Removes Thousands Of QAnon Accounts
» #QTards are Back!
» #QTards Have Solved the MEGA CONTAINER SHIP – EVERGREEN STUCK IN THE SWAMP!
» QTards Unmasked? Linguists Using Machine Learning Software Claim to Have Cracked Q’s Identities
» #QTards Finding It Harder to ‘Trust The Plan’ After Inauguration Day