By
The Defender Staff 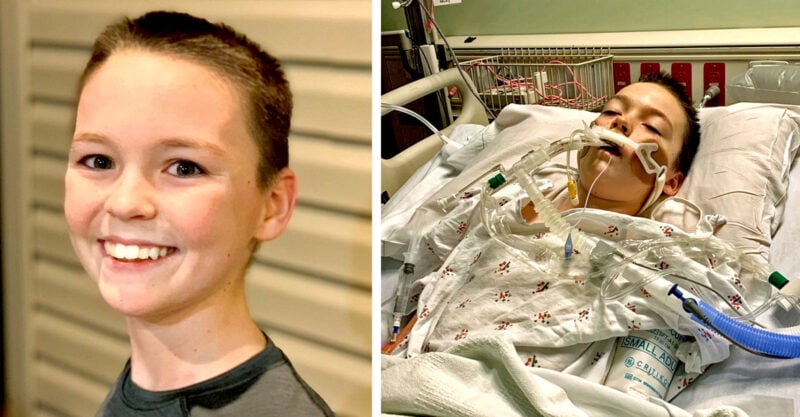 Miss a day, miss a lot. Subscribe to The Defender's Top News of the Day. It's free.
Baum Hedlund Aristei & Goldman and Robert F. Kennedy, Jr., chairman of Children’s Health Defense, this week filed a wrongful death suit against Merck alleging the drugmaker’s Gardasil HPV vaccine caused the death of 13-year-old Noah Tate Foley.
The civil action, filed in the U.S. District Court for the Middle District of North Carolina on behalf of Noah’s parents, Clifton and Kelli Foley, alleges Noah died Oct. 8, 2020, of encephalitis caused by an autoimmune/autoinflammatory dysregulation process directly related to the Gardasil injection he received in 2018.
The lawsuit also alleges the vaccine caused autonomic, neurological, heterogeneous autoimmune disease and a constellation of adverse symptoms, complications, injuries and other adverse events, which led to Noah’s wrongful death.
Baum Hedlund and Kennedy have filed multiple lawsuits against Merck for concealing the known side effects of its Gardasil vaccine, but this is their first wrongful death lawsuit.

Noah received his first and only Gardasil shot on May 7, 2018, two days after his 11th birthday.
Before Gardasil, Noah was a happy, healthy kid with no autoimmune diseases and no autonomic issues. He enjoyed hunting and fishing with his dad, playing with his younger sister, building Legos, and playing his drum set.
He also loved school and was active in his church. Most of all, Noah loved his family and treasured the times they spent together.
Roughly two weeks after the Gardasil injection, Noah developed fevers that reached as high as 102.9 degrees. A week later, doctors checked Noah’s blood to rule out mononucleosis or other causes for his symptoms.
Testing did not reveal any underlying causes, as Noah’s fevers came and went throughout the summer of 2018.


On Oct. 10, 2018, Noah went to the emergency room at Duke University Medical Center. After an examination and blood tests, doctors told Noah’s mother, Kelli, that her son’s inflammatory markers were elevated, possibly due to a viral infection.
They referred Noah to the university’s infectious disease department, where blood work revealed Noah’s white blood cell count had tripled in two weeks.
For months, Noah endured countless doctor visits and testing, including a biopsy and CT scan of a swollen lymph node.
The family waited 35 days before doctors ruled out cancer. The waiting period was “long and torturous,” according to Kelli.
While the Foleys rejoiced in the news that Noah did not have cancer, they still had no answers to the underlying cause of his health issues.
On May 7, 2019, Noah saw a doctor to discuss his weight loss. His weight had dropped to 69 pounds, his BMI (body mass index) was in the fourth percentile at 14.79, and his inflammatory markers remained elevated.
On May 21, 2019, a pediatric gastroenterology consultation focused on an “autoimmune or inflammatory process.”
On Sept. 29, 2020, Noah’s left leg went numb. His face and tongue went numb as his mother drove him to the hospital.
By the time Noah arrived at the emergency room, he vomited. By 6:00 p.m., he was completely non-responsive.
Noah was transported to Duke University Medical Hospital, where his condition rapidly declined.
By Sept. 30, 2020, Noah was almost completely brain dead. On Oct. 8, 2020, he passed away four hours after his breathing tube was removed.
“Our faith is very strong,” said Kelli, “which is why I know that despite the pain our family continues to feel in Noah’s absence, we won’t let his death be in vain. We will fight for him in getting justice against Merck for what they did to him.”
Noah’s father, Clifton, said:
“I lost my fishing and hunting buddy, and my daughter lost her best friend. They say time heals all wounds, but losing your son is something you never really heal from. Every day, we feel the loss, and it doesn’t get any easier.”
The Foleys cited “several reasons” for pursuing legal action against Merck. In a statement, they said:
“First and foremost, we want justice for our son, who suffered mightily because Merck never told us that serious adverse effects were possible. We want accountability and acknowledgment that what they’ve done is wrong.
“We hope that our case will raise awareness and provide other families the opportunity to make more informed choices about the risks associated with Gardasil.
“Lastly, we want some form of closure, which is something that we’ve never had.”
31 Gardasil vaccine injury lawsuits consolidated last month
In August, a judicial panel issued an order consolidating more than 31 lawsuits brought against Merck for injuries allegedly caused by its Gardasil HPV vaccine.
The lawsuits allege the pharmaceutical giant fast-tracked Gardasil through the U.S. Food and Drug Administration’s approval process and deceptively conducted clinical trials to mask serious side effects and exaggerate the vaccine’s effectiveness.
The panel was “not persuaded” by Merck’s argument that consolidating the cases would increase vaccine hesitancy and cause a flood of “meritless” vaccine injury claims.
The lawsuits consist of product liability claims, claims for breach of warranty, fraud, negligence and in some cases, violations of state consumer protection laws.
The consolidation of all Gardasil injury cases in the U.S. into a single courtroom means every child and every adult injured by the Gardasil vaccine can now argue their cases in front of a single federal judge, Kennedy said.
Baum Hedlund and Kennedy have filed numerous lawsuits against Merck alleging the company knowingly conceals the adverse events associated with its Gardasil vaccine. These include:

While each case is unique, all of the plaintiffs agree that if Merck had told the truth about the known dangers associated with Gardasil, they never would have consented to the HPV vaccine.
If you or your child suffered harm after receiving the Gardasil HPV vaccine, you may have a legal claim. Visit Baum Hedlund Law for a free case evaluation or call 855-948-5098.