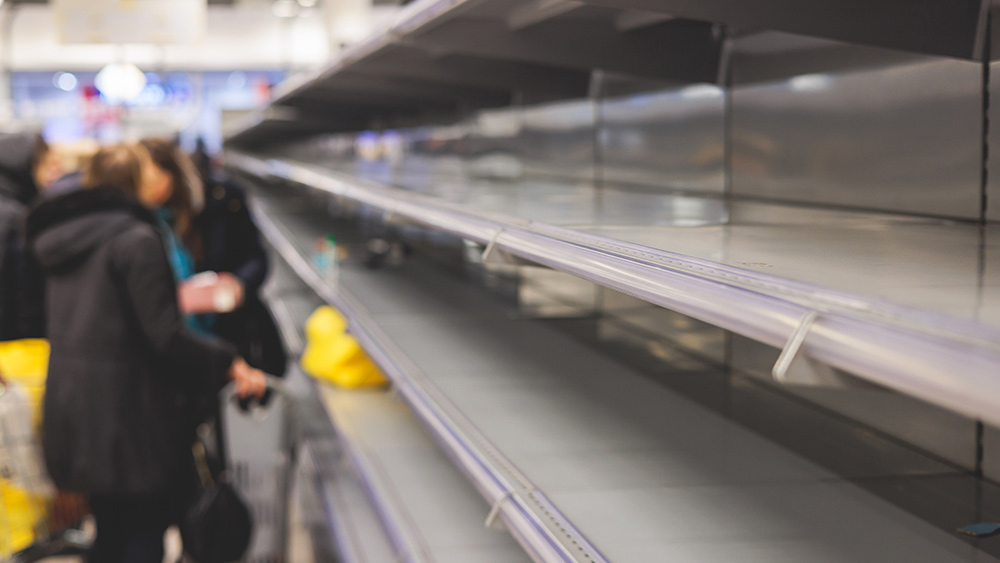 News reports and eyewitness testimonies about the fires destroying food manufacturing plants in the countries are strong evidence that there’s something sinister going on. However, the government and mainstream media (MSM) are simply ignoring these.
Dr. Jane Ruby could not help but wonder, asking this on Sept. 26: “Are they trying to replicate the fear and panic to a larger degree than what happened in 2020? When people panicked and cleaned out grocery stores for simple items like toilet paper, but didn’t even understand why they were doing it? Well, maybe, but on a much bigger scale.”
Ruby touched on the shortages of food, fuel and fertilizer – which lines up with the elites’ plans for global starvation. However, she also mentioned the role of the MSM in shaping the public’s opinion in all of this.
“Maybe if it’s contrived, it’s real, but it’s being forced,” Ruby commented about the “spontaneous” combustion and conflagration happening at hundreds of food manufacturing plants. She added that by summer of 2022, the list of fires and other incidents related to the food shortages had grown to include meatpacking plants in Georgia, Illinois and other states. (Related: Pattern of fires striking food facilities across the USA suggests ARSON TEAMS are burning down America’s food production infrastructure.)
These incidents went on and on, but no investigations were made because no lives were lost – except for things that affected hundreds of food manufacturing plants that could impact a country’s ability to distribute food to its citizens.

Such incidents have been chalked up as “conspiracy theories,” but Ruby pointed out that the MSM is incredibly dangerous. Together with the government, it has assured people that the food supply remains uninterrupted. However, many have observed the fires that consumed many food production facilities – something too much to ignore.

Ruby accused the MSM of “doing the opposite of what it’s supposed to be doing,” which is to keep authorities honest or make them be as transparent as possible. Instead, the MSM has become an active conspirator and led people to believe the opposite of what is actually happening.
“It’s pretty unbelievable. When you look at it, even the reporters that are on these sets talking about it barely show any curiosity. Why aren’t we getting an investigation? They just kind of report like a robot,” she said.
Fortune, for instance, reported in June that “scary headlines” about food shortages are misleading – saying there is enough to feed everyone despite evidence saying otherwise.
Anybody who has been in grocery stores lately would have noticed that there were months that went by when certain products were unavailable because distributors stopped producing or manufacturing them. Today, Americans are seeing red herrings as the U.S. come on the heels of another election, and lies and misinformation are being spread.
“The point is to take a step back. What am I looking at? What are they saying? What is their proof? What do they want us [ordinary citizens] to do? Does that make sense?” Ruby pointed out.
With the ongoing Russia-Ukraine war, inflation and a $30 trillion debt that is still rising, the United States in 2022 looks a lot like the recession of 2008. Americans watched their retirement savings disappear, and those who had their 401K could be at risk again. Yet, the government is keeping this information – and more – away from the people.
Visit FoodCollapse.com for more stories about food shortages.
Watch the video below for more of Dr. Jane Ruby’s commentary on food shortages, inflation, and the media’s role in shaping the opinion of society.

» Government Shutdown Could Spark Wave Of Unhappy Americans If Food Stamps Are Cut Off
» ★Fast Food Nation Appetite for PROFIT The Food Industry Undermines Our Health – FIGHT BACK Stop Eating Crap
»  Current events prove why Americans should never trust ‘government’ – Any government!
» Shocking Secrets in the Food Industry! (2018-2019)
» Organic Food Industry Bought Up by Corporations Like Coca-Cola - Chart who owns what