Latest topics
» Where the Hell Are Biden’s Weed Pardons?

After a months long legal battle, SpaceX and Tesla CEO Elon Musk officially reached a deal with Twitter on Thursday to become the sole owner of the social media giant in a historic shakeup of the tech industry, according to multiple sources.
The deal, initially agreed upon in April, takes Twitter private at $54.20 per share, a roughly $44 billion transaction that the tech mogul has previously attempted to escape over claims that he was misled about the number of spam or “bot” accounts on the platform. As one of his first moves, Musk reportedly fired several top executives, including CEO Parag Agrawal, chief financial officer Ned Segal, and Vijaya Gadde, head of legal policy, trust, and safety, The Washington Post reported
Gadde oversaw many content moderation decisions, drawing criticism from conservatives and Republicans for a censorship-heavy approach, and was heavily involved in the decision to kick off former President Donald Trump following the Jan. 6 Capitol riots.

While Musk’s exact plans for the platform are not yet known at time of writing, he has made several public comments, primarily on Twitter itself, stressing the importance of the medium as a forum that protects “free speech,” according to The Washington Post. However, Musk has clearly stated that he intends to reverse the ban on former President Donald Trump’s Twitter account, a decision he characterized as “flat out stupid,” at an event hosted by the Financial Times.
“For Twitter to deserve public trust, it must be politically neutral,” Musk tweeted on April 27, weeks after the initial deal was made. “which effectively means upsetting the far right and the far left equally.”

Musk has also reportedly told investors supporting his bid to purchase the company that he intends to lay off roughly 75% of the tech giant’s staff, cutting the company to just 2,000 workers, The Washington Post reported. Musk has publicly commented that he believes the company is overstaffed, but former Twitter employees and tech analysts have criticized the move as being too drastic, potentially exposing the company to security and moderation issues.
Musk has been vocal about his intention to use Twitter as a stepping stone to create an app known as X, which he describes as “the everything app.” When a Twitter user claimed that it would have been less difficult to simply build X from scratch, Musk countered that the purchase would shave 3 to 5 years of development time, although he hedged the claim by admitting “I could be wrong.”
Critics have argued that a Musk takeover will cause the platform to be more prone to spreading misinformation and incentivize or encourage dangerous practices that will harm women and people of color on the platform, The Hill reported. Angelo Carusone, president of left-wing media watchdog Media Matters, compared Musk’s attempted acquisition to the formation of Fox News, an organization he characterized as having a “distorting effect” on U.S. media, in an interview with The Hill.


As the bell tolls for the end of the first chapter of Twitter’s life as a deep-state narrative-enabling machine, the firings have begun with Musk becoming ‘Chief Twit’.


Just minutes after the world’s richest man has reportedly closed the $44 billion deal, The NYTimes reports that, according to sources that declined to be identified, the Twitter executives who were fired include: 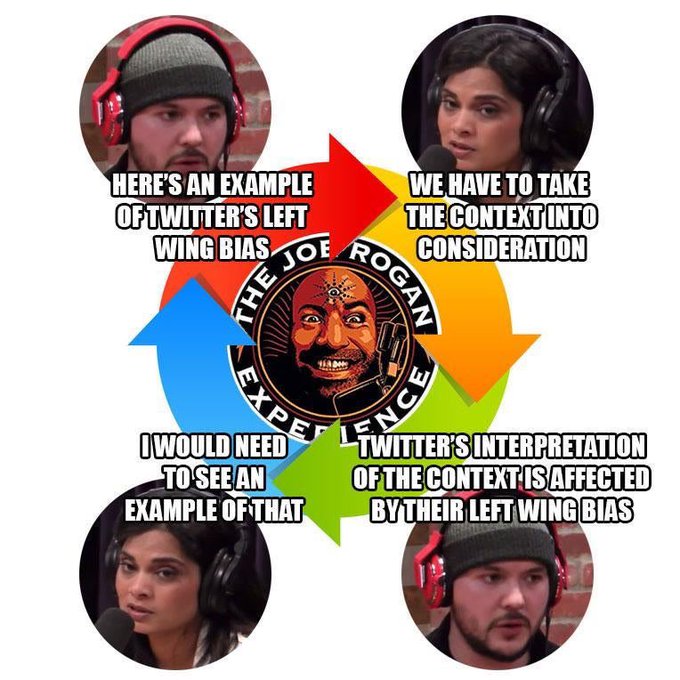 As a reminder, having been with Twitter since 2011, Gadde was the key executive in charge of ‘trust and safety, legal and public policy functions‘ – described by Politico as the company’s “moral authority.”

Gadde holds one of the most controversial positions at Twitter: Her teams decide how to moderate content. That’s made her a target of right-wing criticism, particularly when Twitter blocked the distribution of a New York Post article about President Joe Biden’s son, Hunter Biden, in 2020. She faced a renewed wave of criticism after multiple reports confirmed she was behind the decision to ban Trump from Twitter. -Politico

In other words, Gadde is likely the exec who signed off on ZeroHedge’s February 2020 ban for speculating that Covid-19 may have emerged from a Wuhan Lab, and President Trump’s January 2021 ban in connection with the capitol riot.

And we are not surprised at the others…

·
Follow
In all seriousness, imagine being such an arrogant, incompetent, entitled litttle wokester that your pissy texts provoked the richest man on earth to buy your employer just so he could fire you in his first act as owner. 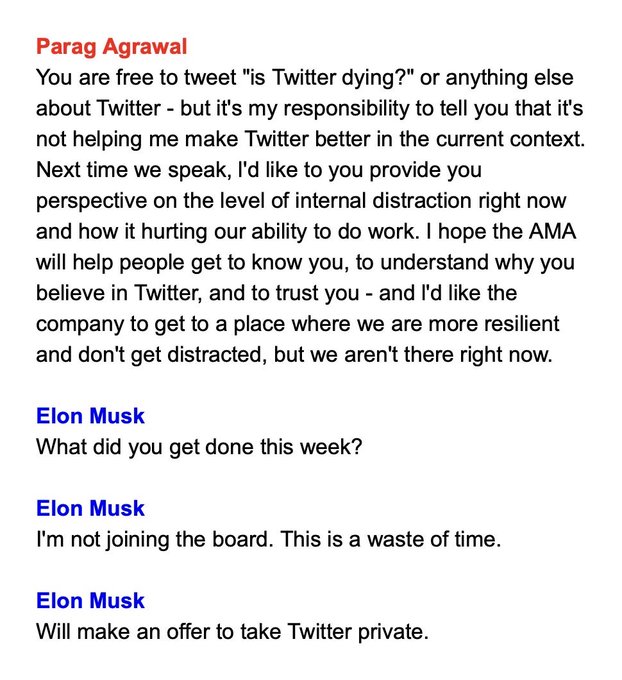 
At least one of the executives who was fired was escorted out of Twitter’s office, NYTimes reports.
Please do not feel too bad for these poor, dejected executives, as Insider reports, through “change in control” provisions in employment contracts for top leadership, they will receive a certain amount of severance and an automatic acceleration of their shares, so long as Musk fires them.
The provisions are disclosed in regulatory filings.

As we detailed earlier, over 1,100 employees have left Twitter since Musk announced his intention to buy the company back in January, with almost a third going to Google or Meta.