As fossil fuels cause increasing dangerous emissions, companies everywhere are looking to reduce their production of greenhouse gases.
One key way to do that is through geothermal, said Matt Houde, co-founder and project manager at Quaise Energy, according to a press release published on Thursday.
“The total energy content of the heat stored underground exceeds our annual energy demand as a planet by a factor of a billion. So tapping into a fraction of that is more than enough to meet our energy needs for the foreseeable future,” said Houde.
Today, however, we can’t drill deep enough to unlock that energy because we lack some key technology.
“If we can get to ten miles down, we can start to find economic temperatures everywhere. And if we go even deeper, we can get to temperatures where water [pumped to the site] becomes supercritical,” a steam-like phase that will allow “a step change improvement in the power production per well and so cheapen the cost of energy,” Houde said. 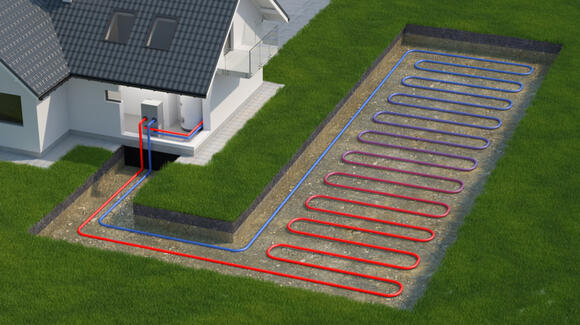 Geothermal underneath a home KangeStudio/iStock
He points to the deepest hole that’s been drilled to date: the Kola borehole. Despite advanced developments, the notable hole just goes 7.6 miles down and took 20 years to complete because conventional equipment like mechanical drill bits couldn’t withstand the conditions at those depths.

“And the truth is, we’ll need hundreds if not thousands of Kola boreholes if we want to scale geothermal to the capacity that’s needed,” Houde said. 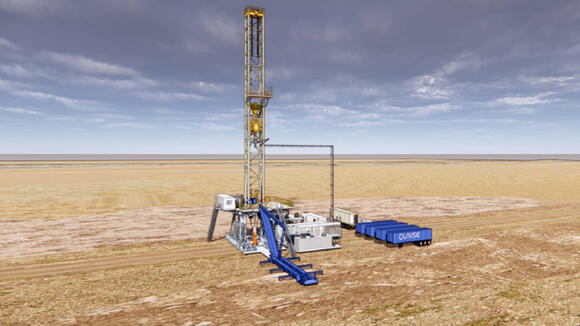 Goethermal energy. Hector Vargas, Quaise Energy
Enter Quaise, which “is developing technology to blast rock with microwaves to potentially drill the deepest holes on Earth. And no, I’m not stealing a plot device from Star Trek. This technology is real and has been proven in [an MIT] lab,” said Houde.
Geothermal is available 24/7, which “can help balance out the intermittent flows of wind and [solar],” added Houde. Deep geothermal plants will also have a “minimal surface footprint,” meaning they won’t require much land.
Finally, Houde said, geothermal is “the perfect energy source to take advantage of the largest workforce in the world, the oil and gas industry.” That industry has “11 million jobs in the US alone, and a skill set that is exactly what’s needed for geothermal to rapidly scale.”
Most Popular
Quaise is utilizing new technology that replaces drill bits with millimeter wave energy that melts and then vaporizes the rock to create ever-deeper holes. Developed at MIT over the last 15 years. scientists have demonstrated that millimeter waves could indeed drill a hole in basalt.


Now, Houde has ambitious plans for his new technology. “Our current plan is to drill the first holes in the field in the next few years,” Houde said. “And while we continue to advance the technology to drill deeper, we will also explore our first commercial geothermal projects in shallower settings.”