OUT OF MIND » BREAKING NEWS & HOT TOPICS » THE GREAT DIE OFF » Pfizer CEO, who said online “misinformation” is criminal, is found guilty of “misleading” vaccine statements 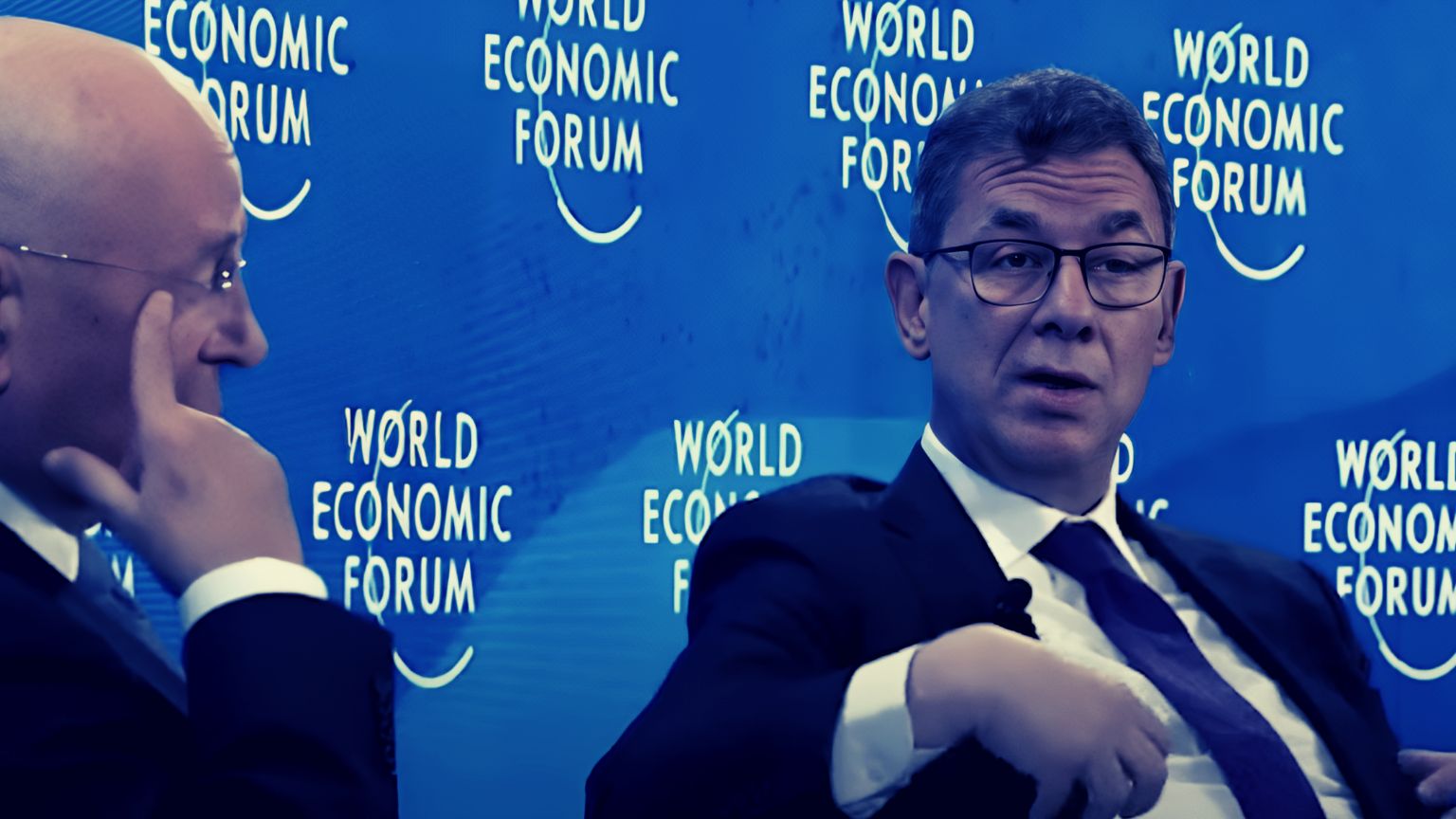 Pfizer CEO Albert Bourla, last year at the Atlantic Council, called people who spread COVID-19 vaccine misinformation “criminals,” in his calls for censorship of misinformation online.
However, this year, Dr. Bourla is himself found responsible by the UK’s pharmaceutical regulator of making “misleading” statements about vaccination of children.
Last December, in an interview with the BBC, Dr. Bourla said that “there is no doubt in my mind that the benefits, completely, are in favor of” vaccinating children between the ages of five and 11.
He continued to say that “Covid in schools is thriving.”
“This is disturbing, significantly, the educational system and there are kids that will have severe symptoms.”
The interview was conducted before the vaccine was approved for children between the ages of five and 11 in the UK.
After the interview was published, parent campaign group UsForThem filed a complaint with the Prescription Medicines Code of Practice Authority (PMCPA). The complaint accused Dr. Bourla of making “disgracefully misleading” comments about vaccinating children and that the comments were “extremely promotional in nature,” and that he violated several clauses of the code of practice by the Association of the British Pharmaceutical Industry (ABPI).
“There is simply no evidence that healthy schoolchildren in the UK are at significant risk from the SARS COV-2 virus and to imply that they are is disgracefully misleading,” the complaint said.
PMCPA convened a code of practice panel that found that Dr. Bourla had indeed violated the code of practice in a few ways, including failure to present information to the public in a factual and balanced manner, misleading the public, and making claims that cannot be substantiated.
The Telegraph reported Pfizer appealed against the findings of the panel and strongly disagreed with UsForThem’s claims that the CEO violated the code of practice. The company argued that Dr. Bourla’s remarks were based on “up-to-date scientific evidence” and they could be proven through “publicly available independent benefit-risk assessments.”
An appeal board upheld that Dr. Bourla misled the public, made claims that were unbalanced, and made unsubstantiated claims.
However, it ruled against claims that Pfizer discredited the industry, encouraged reckless use of a treatment, and did not maintain high standards.

OUT OF MIND » BREAKING NEWS & HOT TOPICS » THE GREAT DIE OFF » Pfizer CEO, who said online “misinformation” is criminal, is found guilty of “misleading” vaccine statements

» Pfizer CEO: Those Spreading "Vaccine Misinformation" are Criminals - Wife Died after COVID Vaccine?
» A CRIMINAL CONSPIRACY - PFIZER VACCINE DEVELOPER: "I CAN'T TAKE THE VACCINE, IT'S THE LAW"
» Member of Parliament in Finland Warns Government that They are Guilty of Genocide for Misleading Public on COVID-19 Injections
» RFK, Jr. Responds to News of Biden Administration Working in Tandem With Social Media Giants to Censor COVID Statements They Deemed Misinformation
» MICROTECHNOLOGY FOUND IN PFIZER'S VACCINE!!! SHARE OR MIRROR THIS VIDEO