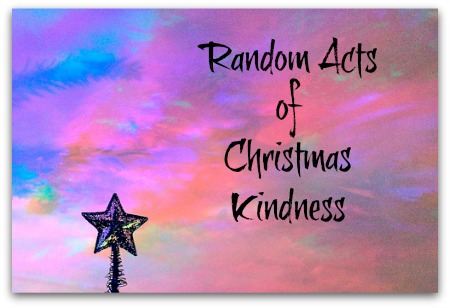 A young woman in Idaho Falls, Idaho, recently got a huge surprise from a Secret Santa that brought her to tears.
When Bri was in junior high, she relocated from Texas to Idaho to live with her aunt and uncle, but a few years ago, her aunt passed away after battling cancer, East Idaho News reported Monday.

In the early months of last year, the young woman was away serving on a mission in California for her church. While she was gone, her uncle moved into a smaller home.

Bri was left without a place to stay so when she returned to Idaho, she had to start her life all over again and enrolled in school.

Her laptop takes two minutes to process each keystroke, so Bri has difficulty getting anything done while using the device.
However, everything changed for her when the East Idaho News’s Nate Eaton and crew arrived at the friend’s home where Bri, who recently had surgery, is currently living.
The crew had an updated laptop and $11,000 for tuition and whatever else she needs to get her life started again.
The look on Bri’s face was priceless the moment she opened the laptop, and when she opened the boxes containing the money, she became emotional.
“Oh my gosh, wow. That’s so nice. I really appreciate it,” she told Eaton, adding she will start school soon to pursue her career as an occupational therapy assistant.

Bri thanked the Secret Santa and said, “Honestly, I’m kind of at a loss for words … but I really appreciate it.”
Eaton’s followers expressed their joy over the much-needed gifts, and one person called Bri a “sweetheart.”
“I hope she becomes an occupational therapist they are amazing!!” another user replied.
Eaton read a note from Secret Santa on Monday in which he said the recipient may not be able to identify who gave them the gift, therefore, it could be anyone or everyone.

“There is perhaps no better feeling in the world than to realize maybe everyone loves you and cares about you. You have evidence that someone does and it could be anyone,” the letter stated.

» Secret Santa Stories ~ 12/18/22
» The Truth About Alien Life | How Long Can the Secret Keepers Keep the Secret Hidden?
» Tartarian Secret Source Live - Nuclear Bases and Secret Cities
» Anonymous-Obama-Trump Secret Hawaii Meeting Erupts Into Secret Service Standoff
» " JL (OUR REPUBLIC TREASURER) DID A SECRET ANNOUNCEMENT PER THE DINAR AT THE UN YESTERDAY, UN TOOK IRAQ OUT OF CHAPTER 7 BUT ALL KEPT SECRET FROM US ------NICE!!!"