OUT OF MIND » BREAKING NEWS & HOT TOPICS » THE GREAT DIE OFF » The 'Kraken' COVID subvariant: What to know about quickly rising omicron descendant

The 'Kraken' COVID subvariant: What to know about quickly rising omicron descendant

The 'Kraken' COVID subvariant: What to know about quickly rising omicron descendant Wed Jan 11, 2023 9:58 am

Here's what you need to know about the omicron subvariant XBB.1.5, which is causing an increasing number of COVID-19 cases in the U.S. 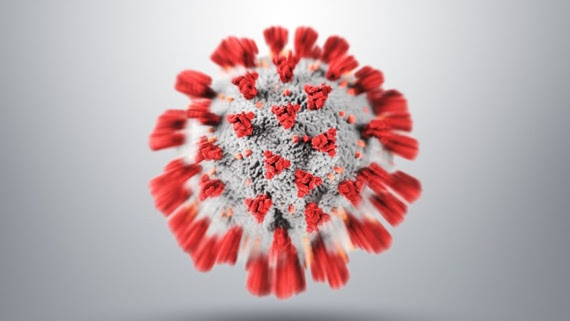 [*]
A new version of the omicron variant has become more common in the U.S. in recent weeks.
[*](Image credit: Matt Anderson Photography)

Editor's note: This page will be updated as new data about XBB.1.5 emerges.

A new flavor of the omicron variant of SARS-CoV-2, the virus that causes COVID-19, was identified in October 2022. In the past several weeks, it has steadily gained prominence in the United States. The subvariant is known as XBB.1.5 but has also been given the unofficial nickname "Kraken," after the mythical sea monster.

How did XBB.1.5 emerge and where is it spreading?

The subvariant stems from a broader branch of the omicron family tree known as "XBB," which emerged as a result of two earlier versions of omicron — BA.2.10.1 and BA.2.75 — swapping genes, according to the World Health Organization (opens in new tab) (WHO). These closely related omicron subvariants had the opportunity to swap genes when they infected the same person at the same time.
From their two parents, XBB viruses gained mutations that helped them evade protective antibodies gained through prior COVID-19 infections and through vaccinations. But there was a tradeoff: XBB viruses simultaneously lost some of their ability to bind tightly to cells, a key step in infection, the New York Times reported. This may explain why other versions of omicron initially outcompeted XBB viruses.
However, as XBB viruses spread, they picked up new mutations and XBB.1.5, a.k.a. the "Kraken," was born. The Kraken harbors a mutation called F486P, which appears to restore the virus's ability to tightly latch onto cells, researchers reported Jan. 5 in research posted to the preprint database bioRxiv (opens in new tab). (This research has not yet been peer-reviewed or published in a scientific journal.)
In a Jan. 4 news conference (opens in new tab), WHO Director-General Dr. Tedros Adhanom Ghebreyesus (opens in new tab) reported that XBB.1.5 is "on the increase in the U.S. and Europe and has now been identified in more than 25 countries." Genomic data submitted to the open access database GISAID (opens in new tab) shows that U.S., U.K., Austria, Denmark, Canada, Israel and Germany have detected the most XBB.1.5 sequences so far, and that the subvariant remains relatively rare elsewhere.


How easily does it spread?

Available evidence suggests that XBB.1.5 is the "most transmissible" omicron descendent yet detected, Maria Van Kerkhove (opens in new tab), the WHO's COVID-19 technical lead, said at a news conference on Jan. 4, according to The New York Times. In the U.S., XBB.1.5 is beginning to gain dominance over other circulating omicron subvariants.
In early December, the Kraken made up an estimated 2% of all COVID-19 cases in the U.S., The Washington Post reported (opens in new tab). That figure jumped to 40% in the last week of December, STAT reported (opens in new tab).
The Centers for Disease Control and Prevention (opens in new tab) (CDC) have not yet analyzed all the data from early January 2023, but their current projections suggest that XBB.1.5 accounted for more than 27% of U.S. cases in the first week of the year. In the northeastern U.S., where XBB.1.5 was first detected and remains most common, the subvariant accounts for more than 70% of new cases, according to The Washington Post.
That said, nationwide, other flavors of omicron — namely BQ.1 and BQ.1.1 — were still circulating at comparable levels to XBB.1.5 during the first week of January, the CDC's projections suggest.


Is XBB.1.5 more likely to cause severe disease?

Scientists will need to see many weeks of hospitalization and death data before determining whether XBB.1.5 is more likely to trigger severe disease compared with earlier versions of SARS-CoV-2, the virus that causes COVID-19.
As the U.S. experiences a nationwide surge in COVID-19 infections, "we're seeing hospitalizations have been notching up overall across the country," [url=https://www.cdc.gov/media/releases/2012/docs/dpk-healthyliving-mahon-bio 1212.pdf]Dr. Barbara Mahon[/url] (opens in new tab), director of CDC's Coronavirus and Other Respiratory Viruses Division, told NBC News (opens in new tab). "They don’t appear to be notching up more in the areas that have more XBB.1.5," which hints that the subvariant isn't necessarily more likely to cause severe disease than its predecessors.


How well do boosters and treatments work against XBB.1.5?

Early data suggests that the so-called bivalent boosters — the two recently updated boosters made by Moderna and Pfizer — offer decent protection against XBB viruses, despite the lineage's ability to evade antibodies, according to a Dec. 21 report in the New England Journal of Medicine (opens in new tab).
"Lab studies suggest that the bivalent vaccine is still effective in protecting against severe disease, though perhaps not as much against infection," Andy Pekosz (opens in new tab), a professor of Molecular Microbiology and Immunology at the Johns Hopkins Bloomberg School of Public Health, said in a statement (opens in new tab). "XBB.1.5 is derived from the omicron variant BA.2, and while the current bivalent vaccine was developed for the BA.5 variant, it has been shown to generate antibodies that recognize BA.2," he said.

"Things like boosters are always beneficial," Kristian Andersen (opens in new tab), a professor in the department of immunology and microbiology who tracks coronavirus variants at the Scripps Research Institute, told The Washington Post. "Even if you get infected, you are expected to have less viral load, and you are expected to be able to transmit the virus less."
(Notably, as of Jan. 4, less than 16% of eligible U.S. residents had received a bivalent booster, the CDC reported (opens in new tab).)
Palxovid, an oral antiviral pill used to treat COVID-19, will be effective at treating infections with XBB.1.5, The New York Times reported. The pill may not be prescribed to all COVID-19 patients, as it's not compatible with certain medications, Pakosz noted, "but overall, for the vast majority of people, Paxlovid is still a good drug to be prescribed if you get COVID-19."

OUT OF MIND » BREAKING NEWS & HOT TOPICS » THE GREAT DIE OFF » The 'Kraken' COVID subvariant: What to know about quickly rising omicron descendant

» Here We Go: California County Reinstates Indoor Mask Mandate Due to ‘Rising Covid Cases’
» The Members of Congress Who Are Pressuring the FDA to Inject Babies and Children Under 5 with COVID Vaccines More Quickly
» Due to the Seriousness of the New Omicron COVID Variant, the Biden Admin Has Decided to Leave Open the US Southern Border
» The Rising Up Down Under: Wide-Scale Revolt Against COVID Tyranny
» DIE-OFF CONTINUES: Mainstream media censors information about rising COVID vaccine deaths