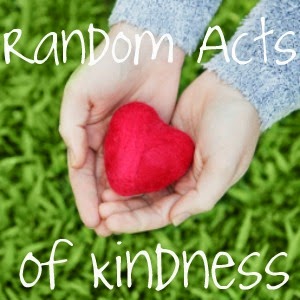 I try not to redux my ‘good people’ posts too often, for there are so many good people that I typically don’t have to look too far to find one.  However, tonight I am stuck in a rabbit hole and simply don’t feel like creating a new ‘good people’ post.  As it happened, while I was looking around, researching recent good people, a man crossed my radar and I thought, “Hmmmm … haven’t I written about him before?”  Turns out I had, about 3 years ago.  That man is Dr. Kwame Stewart, DVM. Also turns out he’s still out there doing good things, helping people and critters, so I thought we’d take another look at him and his huge heart!  Today, what started as a GoFundMe three years ago, is a 501(c)3 non-profit Project Street Vet, that takes donations and volunteers out onto the streets and to homeless encampments to provide free medical care for their pets, and last year they were able to help nearly 600 animals receive medical care.  Here’s a link to his most recent endeavours, the article that caught my attention yesterday!

From my 2020 post …
Imagine for a moment if you will that you are homeless … you’ve lost most everything you had in life … except your dog.  The only one who still loves you, who faithfully stays by your side through thick and thin, doesn’t care if you haven’t had a shower in days, or if you’ve got that same ugly grey sweatshirt on for the third day in a row.  He cuddles by your side at night, gives you a g’night lick on the cheek, and his is the first face you see when you wake in your makeshift tent on the sidewalk, or under the overpass.  Your best friend … maybe your only friend.

Meet Dr. Kwane Stewart, DVM.  Nine years ago, Stewart, wanting to show his young son the importance of giving back, spent an afternoon at a soup kitchen offering medical care to the pets of homeless people in Modesto, California.  During this experience, he learned that these animals provided more than companionship to their owners — they also offered love, hope, and security.
“I knew then and there I was going to keep doing it. There’s so much need out there. About 25% of our homeless population own a pet, and I knew that if I set up a table at a soup kitchen, I could help a small group of animals. So that’s what I did. I called over anyone who was holding their pet and told them I’d take a look and vaccinate or treat their pet if I could. That first experience was one of the most rewarding moments for me. When you give back, there is something you get in return that feels much larger. I knew I wanted to keep doing it.”
After examining more than a dozen animals on that first day, he realized there was a need for this type of medical care in his community. What started as a few hours of volunteer work slowly became part of his regular routine.

He has helped heal more than 400 homeless pets and hopes to continue spreading empathy and awareness around homelessness through his work on the street. He also hopes his mission will encourage other veterinarians to volunteer their time and expertise to help those in need.
“I don’t ever want to have to turn anybody away. The look on people’s faces when they get their pets back, especially after a surgery or a life-saving procedure — those are moments I’ll remember forever.  Anyone has the power to help. You can volunteer at a rescue shelter. You can donate money or time. As that generosity spreads, it helps fuel the positive energy in the world.”
About 98% of the pets Stewart encounters on the streets are dogs — though there are a surprising number of cats and the occasional bird or reptile. While he’s heard comments that homeless people shouldn’t have pets, Stewart doesn’t share that opinion because he’s seen the benefits both to people and the animals themselves.
“To a pet, their owner is their universe. But we go to work and leave our pet alone sometimes eight, 10, 12 hours a day and they just sit and pine for us. Homeless people are with their animal every minute of every day.”
And pets can provide homeless women with a sense of protection and security, and offer hope to their companions — a reason not to give in to despair or fall deeper into drug or alcohol addiction, he said. One man told him, “My dog is more beneficial to me than any pill or therapy session.”

“I’ve seen homeless people feed their pet before they feed themselves. I’ve seen them give their last dollar to care for their pet. They sustain each other and that is the power of pet companionship.”
Stewart hopes to challenge preconceived notions of what homeless people are like through a TV show, in which he stars, called “The Street Vet.” He describes it as a “passion project” that he created with his brother. So far, it’s shown in smaller markets in Eastern Europe, Canada and China. While people sometimes assume Stewart is rich because he’s in a show and has had high-profile jobs, such as chief veterinary officer of the nonprofit American Humane, he’s still paying off his student loans from veterinary school. Below is a short trailer from his show … grab your box of tissues first.

Out on the streets, the most common afflictions Stewart sees are flea infestations, ear infections and mild arthritis, but sometimes a pet needs surgery to remove a tumor or rotting teeth. In the past, he would pay for it out of his own pocket; he is grateful to have found reduced-price care at Beverly Oaks Animal Hospital in Los Angeles. Dr. Laurie Leach, a veterinarian at the practice, has even performed some surgeries pro bono.
Still, costs add up and Stewart doesn’t want to have to turn anyone away, so he started a GoFundMe last fall. Inspired by his efforts, the fundraising site GoFundMe named him the February GoFundMe Hero.

You may think it’s a small thing … and sure, relative to saving the world it is.  But … to those homeless people whose only friend is their dog or cat … or bird … it means everything.  I give two thumbs up to Dr. Kwane Stewart!