The Lies Of Democracy and the Language of Deceit


The Lies Of Democracy and the Language of Deceit 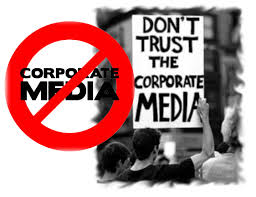 For new readers… this is, unfortunately, an extremely negative but
authentic representation of the current global situation, but it is
about to end. Sufficient numbers are awake to this tyranny now so that
it will not be allowed to continue. The perps have been taken to task
and are gradually being put away where they can’t harm anyone.

It can’t happen overnight, but it’s happening. We were mesmerized by
the inane ramblings of the media downplaying the crimes being committed
and we had to pay the price; the sleep of the innocent, unfortunately.
This is what played out while we were sleeping. A nightmare, but there
really were boogeymen under the bed. We chose not to look.

In an increasingly media-driven age, language is everything and
is often used by officialdom to tyrannise meaning. With the deaths of
millions on its hands since 1945, the US has become the world’s number
one terror state. By the 1980s, former CIA man John Stockwell had put
the figure at six million. As a recent article has indicated, from mass
bombing in Southeast Asia to employing death squads in South America,
the US military and the CIA have been directly and indirectly
responsible for an updated figure of an estimated ten million deaths
(1). But it’s not called mass murder these days. Ironically, the US has
hijacked the word ‘terror’ to justify its brand of tyranny through a war on terror.

You can also add to that ten million, countless others whose lives
have been sacrificed on the altar of corporate profit, which did not
rely on the military to bomb peoples and countries into submission, but
on a certain policy. It’s not browbeating. It’s structural adjustment.

As a result, hundreds of thousands of Indian farmers have taken their
own lives over the past decade and a half largely as a result of US
agribusiness manipulating global commodity prices courtesy of policies
enacted on its behalf by the US government or due to the corporate
monopoly, or frontier technology, of terminator seeds that also landed farmers in debt which was just too much for them to bear (2).

The plight of Indian farmers is not unique. How many lives have been
cut short across the world because of the inherent structural violence
or silent killing of the everyday seemingly benign functioning of
predatory capitalism? The built-in inequalities of the system have
effectively stolen years from people’s lives, the health from their
bodies, the livelihoods from their hands, the water from their taps and
food from their plates. From the UK to Africa, the subjugated classes –
the now often discarded economic fodder, the cannon fodder during times
of war or the returning heroes to be thrown
overboard by the system on coming home, the people who are to be
manipulated and exploited at will via bogus notions of nationalism or
the national interest – have had their lives
cut short or stripped bare of opportunities due to the hardships imposed
by the iron fist of capitalism (3).

The appropriation of wealth through a system that funnels it from
bottom to top via a process of accumulation by dispossession (4) is
celebrated as growth, prosperity, and freedom of choice,
despite evidence that, from Greece to Spain, the reality for the
majority has been increasing poverty, the stripping away of choice and
misery.

You wouldn’t know much about this if you just used the mainstream
media for information, though. Sure, you may have been told to tighten your belt because we are all in it together and must make some sacrifices in these difficult economic times.

And just for good measure, as much of the country (any country) is
thrown onto the scrapheap because it is surplus to requirements now that
their jobs have been outsourced abroad, we simply must attack Mali,
Syria, Libya, Iran (the list goes on) because not to do so would let the
evil-doers take over the world. And then where would we be without such
high-minded notions? It’s not resource plunder. It’s humanitarianism.

Well, we would be precisely where we are right now because the
evil-doers are already in control and waging war not only on the people
of those countries just mentioned, but on the people within their own
countries too via the tools of surveillance, the penal system, the
comotosing effects of spymaster imported illegal drugs or the
infotainment industry and the barrage of legislation that is serving to
strip away civil liberties. The game is up, the dominant Western economy
(the US) is broken beyond repair (5). Imperialism and militarism won’t
save it, but dissent won’t be allowed.

And as private bankers entrap us all even further via their licence
to print and loan currencies to national governments then also loan them
the interest on it that spirals out of hand so it can never be paid
back (6), they are able to line their pockets even further by buying up
national assets on the cheap from the countries they bankrupted in the
first place. It’s not racketeering. It’s austerity.

“And now they’re coming for your social security. They
want your retirement money. They want it back so they can give it to
their criminal friends on Wall Street. And you know something? They’ll
get it. They’ll get it all sooner or later because they own this place.”
Gorge Carlin, writer, critic and comedian.

And where is the mainstream media in all of this? Where are those journalists whose claim to respectability is their rigid professionalism, their accountability, their objectivity?
If you can call professionalism, accountability and objectivity being
in the pocket of and not wishing to offend advertising interests,
officialdom, lobbyists or corporate think tanks then they are paragons
of absolute virtue!

Peddling their high salaried lies, they have failed and continue to
fail the public. By shining their dim ‘investigative’ light on
‘parliamentary procedures’, personalities, the rubber stamping of
policies and the inane machinations of party politics, they merely serve
to maintain and perpetuate the status quo and keep the public in the
dark as to the unaccountable self-serving power broking and unity of
interests that enable Big Oil, Big Banking, Big Pharma, Big Agra and the
rest of them to keep bleeding us all dry.

Looking back to the BBC’s reporting of the NATO bombing of Libya
provides quite revealing insight into the mainstream media. The coverage
was disgracefully one-sided. Is the public to pay for a ‘public
service’ broadcaster in order to be misled and for it to secure our
compliance for illegal state-corporate policies? There was little
analysis of ‘mission’ drift’ or of where the insurgents where getting
their arms from despite a UN-sanctioned arms embargo. Much less of
NATO’s moral right to bomb a path into Tripoli. No talk there of what
University of Johannesburg professor Chris Landsberg said was NATO’s
violation of international law or of the 200 prominent African figures
who accused western nations of subverting international law.

On the other hand, though, what we are served courtesy of the
mainstream media each time Britain decides to wage war is a tasty dish
of nationalistic sentiment and the old colonial mentality of ‘our boys’
going out ‘there’ to help civilise the barbarians.

But that’s the role of the media: to help reinforce and reproduce the
material conditions of an exploitative and divisive social system on a
daily basis. It’s called having a compliant, toothless media. It’s liberal democracy. That’s the role not only of the media, but the education system and the political system too.

And that’s why former British PM was some years ago told by his
financial masters to sell of what was laughingly regarded as ‘the
nation’s gold’ at a knock down price on behalf of bankers’ (not the
nation’s) interests without being held up to genuine public scrutiny.
Some say that was the first ‘bail out’ (7). That’s why taxpayers’ money,
unbeknown to most of the taxpayers, is being used unaccountably and
undemocratically to help prop up banks and to topple various countries
and bring death and destruction to thousands via ‘covert ops’. Covert –
hidden from the public who remain blissfully unaware of where their hard
earned dollars, pounds or euros are actually going.

That’s why the state-corporate fraudsters, murderers and liars who wrap themselves in the language of freedom and democracy have been getting away with it for so long. Sadly, that’s why they continue to do so.

» 5 Big Signs the Global Engine of Deceit, Lies and Control are Ending
» Is Dave Schmidt (Meta 1 Coin) Mixed Up With Fraud, Lies, And Deceit?
» The lies of Language: Tricked by the Light
» Project Camelot ~ Adventures into the Strange: Lies, Lies, and more Lies
» Lies, Damned Lies, and Banks: Deutsche Bank’s Whitewash Of “Senior Management”