At the words “they arrived to carnage,”
the CNN Anderson Cooper report cuts to helicopter footage of seven
police officers charging across a parking lot and toward a school. It is
breaking news coverage of the Sandy Hook shooting just hours earlier.


The three-minute report posted on the day of the shootings at the official CNN website is entitled “Tragedy Strikes at Elementary School.” But the school is almost certainly not Sandy Hook. 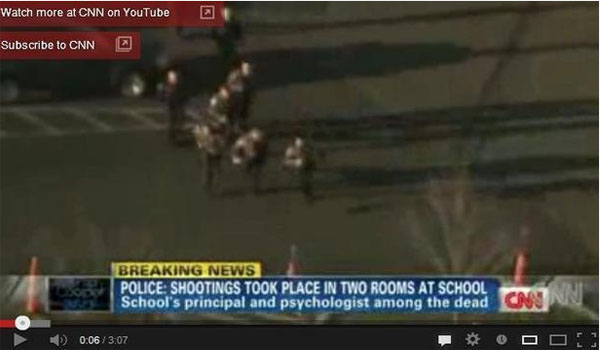 It is St. Rose of Lima School, a private school a few miles away, also in Newtown. Sandy Hook Elementary School is the site where 20 school children were killed on December 14, 2012, and 6 adults. Two adults were wounded, Natalie Hammond and another whom police have not named.

The helicopter footage is broadcast at 8 seconds into the CNN report, and again at time stamp 1:02. A close examination of the landscaping, parking lot markings, and the distinct curvature of the sidewalk reveals that no such terrain exists at Sandy Hook Elementary School. However, a Google Earth satellite photo
shows the true location almost beyond a reasonable doubt. After
circulating across the Internet for a time, photographic evidence seems
to bear out that doubts were founded.

It is not known whether the rush to the building of the seven officers seen in the clip is a drill. Also unknown is when it took place.

The GPS coordinates of the area of the St. Rose of Lima School in
question are: latitude 41.415154, longitude -73.297764. The street
address which can be entered into the Google Earth search box to find the location is 40 Church Hill Rd, Newtown, CT. Google Earth is an Internet tool which allows Internet users to view satellite photos of any place on the planet in minute detail. Users can instantaneously zoom in on details as small as cars or streetlights.

In the disputed CNN footage,
at time stamp :08 seconds, police can be seen running around a curved
landscape feature from which diagonal lines radiate on the parking lot
asphalt. At 1:02 (one minute and 2 seconds) the same clip is played
again, more extensively. Officers run onto a long, curving white
sidewalk next to a building. A utility room of some sort can be seen on the roof, near a metallic, grill-like device, perhaps a solar collector.

In the CNN report, the second appearance of the footage takes place in the context of a cut to Lt. Paul Vance of the Connecticut State Police at a press conference on that day. The script runs as follows:

Vance (at press conference): “Off-duty troopers
responded to the school, and with Newtown police immediately upon
arrival, entered the school and began a complete active shooter search
of the building.”

As the report cuts to the charging officers, the CNN voice-over says:

“They arrived to carnage.”

The clip was run on CNN’s “Anderson Cooper 360.” The theme of Cooper’s 360 program is “Keeping them honest.” 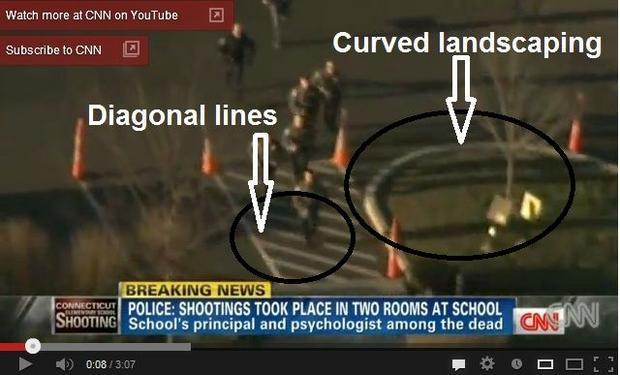 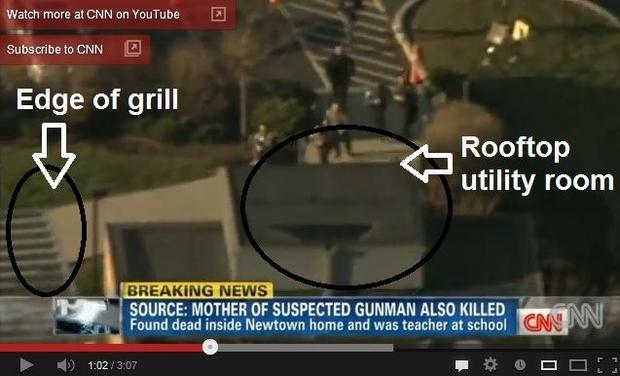 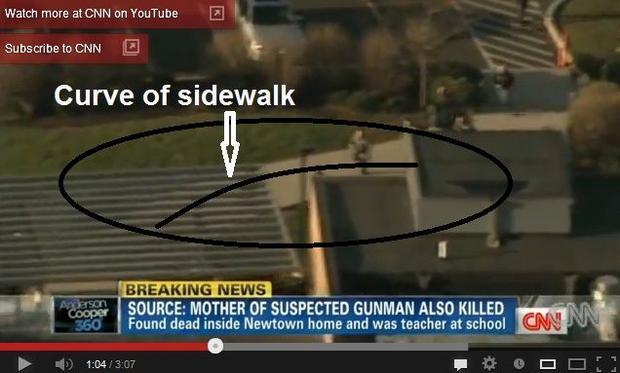 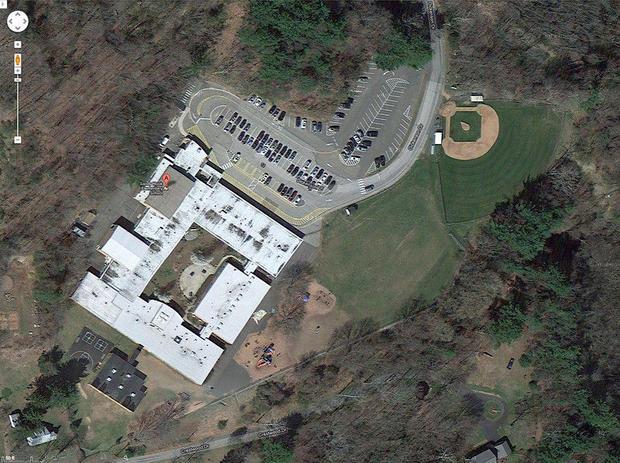 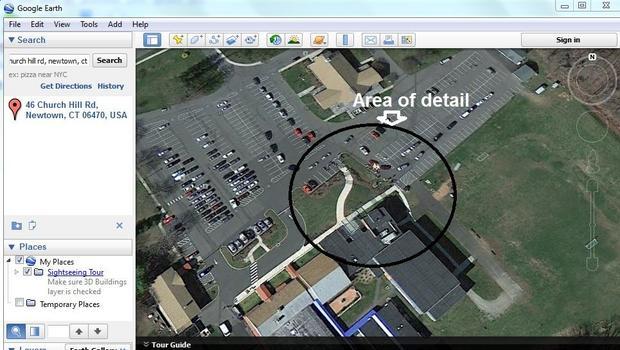 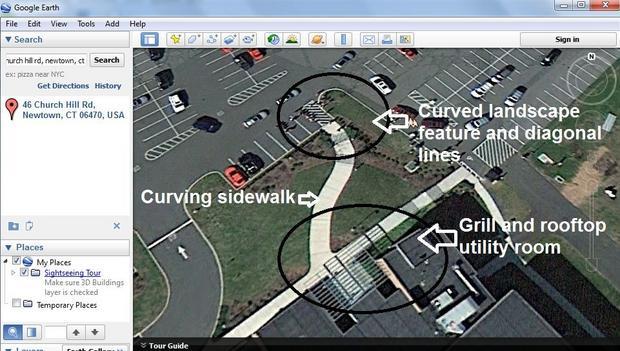