Alien Base On The Moon In Detail, Clear UFO Photos Released By NASA Taken By Astronauts,

Location of discovery: Earths Moon, near Bessel crater and North of Mara Serenitatis

Waring says, “I was looking over old Apollo photos when I cam across
this one that looks like a definite structure created by intelligent
beings. The circle structure has an arm the goes off to a four leaf
clover-like area with buildings on it. This is really strange and I ask
that others look into this by clicking on the links below.”

One link in an official NASA link. It no longer has the hi-res photos
but only the low-res photos of the area. The other link is of a persons
site that saved massive amounts of NASA photos ten to fifteen years ago
for the public to view. His photo of the same area is hi-res and gives
us this amazing close up that is mind boggling to say the least. The
hacker Gary McKinnon said in an interview that he hacked into US
military computers and saw first hand documents that stated the US
military has off world officers stationed on an alien base, and since
the moon is the closest celestial body it has to be there. SCW

Dr. Franklin Roach, said that based on his careful analysis of the
photos and video footage provided to him by the astronauts, he concluded
and later published in the book Scientific Study of Unidentified Flying
Objects that while in orbit the crew did iun fact witness a visual
sightings of what later came to be known as UFOS, after his publication
NASA attempted to explain the sightings as mere debris, this explanation
was later dismissed by experts in various fields of science. 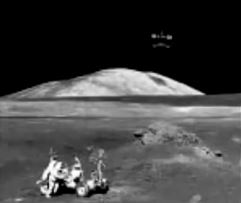 Additional video evidence was later obtained from the crew of
mission STS-48 of the Space Shuttle Discovery, the full crew report
indicated that while in orbit on September 15, 1991 a flash of light and
several objects were witnessed flying in an artificial and controlled
fashion around the shuttle. NASA explained the objects as ice particles
reacting to engine jets. James Oberg claimed that the flash was from a
thruster firing. Philip C. Plait discussed the issue in his book Bad
Astronomy, agreeing with NASA.


Dr. Jack Kasher analyzed the movement of the objects in 1996, and
found five arguments that the footage could not depict ice particles.
However, Lan Fleming uncovered severe discrepancies in the video time
stamps of the video first released by the NASA FOIA office in 1999,
leaving many of their conclusions inconclusive and undetermined. While
in orbit mission STS-75 of Space Shuttle Columbia Astronauts witnessed
hundreds of objects flying around the shuttle and began to captured the
event on a camera capable of seeing past the visible light spectrum,
this incident was archived by NASA as Undetermined and Classified, the
complete documents, footage and video evidence was never released by
NASA for further study. 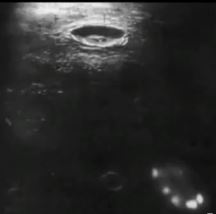 Another similar video was taken during mission STS-80 of Space
Shuttle Columbia which were analyzed by Mark J. Carlotto which show
three different unusual phenomena on December 2, 1996: Two slow moving
circular objects; a strange rapidly moving burst of light near the
earth’s surface; and a number of fast moving objects in space near the
shuttle. The first two can not be accurately verified as shuttle debris. 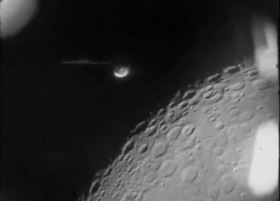 The fast moving objects in space near the shuttle appear as bright
streaks, and analysis of their speeds and directions indicates that they
can not be shuttle debris nor meteors. This incident with all it’s
material was classified and archived by NASA as Unidentified Flying
Objects. 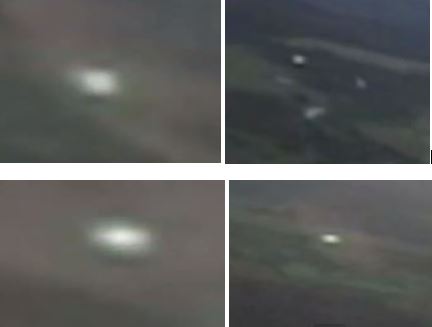 Footage captured by a pilot over costa rico appears to show an
unidentified flying object. The footage corresponds to a flight on
Wednesday, January 23, 2013

In the video we see a rapidly moving object below the aircraft.


The video was captured by the commercial pilot Joseph Daniel Araya,
who has more than 500 flight hours. Araya says he was recording with his
cell phone when suddenly the camera screen saw the object moving, When
he looked out of the aircraft there was nothing, said the pilot,

To find an answer to what happened we went to Jose Alberto Villalobos, astronomer and UFO researcher Alexis Astua.

Villalobos estimated that the object on the screen could have a
length between 7 and 10 meters. Its speed could reach 3600 kilometers
per hour, seven times more than the ship from which the footage was
captured,

Meanwhile Astua does not rule out a UFO but also a secondary
reflection theory.The sighting in the South is not strange, since in
this region there are constant reports.