The Sandy Hook Tragedy: An Inquisitive Visit to Newtown, Connecticut


The Sandy Hook Tragedy: An Inquisitive Visit to Newtown, Connecticut 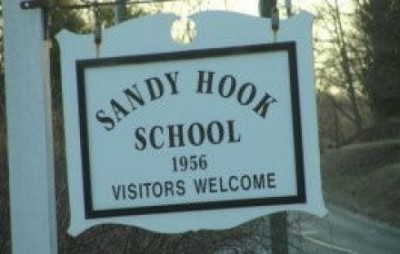 This first hand account takes the Sandy Hook “story” from the
sublime to the ridiculous. It was a sublime attempt to create a
situation that would illicit the desired response from the public—and
from some of the slumbering ones, it did; they’re willing to hand in
their guns—but in my mind this account makes the whole thing a
ridiculous prank by the powers that were.

Can you say, “gag order”? It’s obvious the locals have been
threatened that if they say anything to anyone that they or their
families will be harmed.

Where have we heard of THAT kind of a tactic before? It’s the same MO they used to keep the ETs a secret, and countless other atrocities.

We saw it right off the top when the police issued a warning to
journalists that anyone supporting conspiracy theories and questioning
the events as presented by the officials would be arrested. I can’t
believe they were stupid enough to do even that. The finger points right
back at them. When will they learn?

And referring people to Snopes.com? Laughable. I’ve suggested in
the past that Snopes is NOT to be trusted because it’s used as a tool to
manipulate us and present facts as the cabal wants us to believe them.
This entire fiasco has become a joke; a big, fat joke—on the Illuminati.
They wrote the script for a drama but it turned out to be a comedy.

When you tell that many lies about something, sooner or later
you’ll get caught. Every cop knows that. “Oh, what a tangled web we
weave, when we practice to deceive.”

The Sandy Hook Tragedy: An Inquisitive Visit to Newtown, Connecticut

Text and Photos by Scott DeLarm


My partner and I became fed up with the mainstream media’s
depiction of what took place in Newtown, Connecticut on December 14,
2012.

So on January 20 we traveled there from our home in Ottawa,
Canada in an effort to visit the sites and respectfully approach the
locals.

Before we even got off the highway there was a display of dozens
of American flags on the shoulder. There is a large tented memorial
located just off the freeway. The tent had a sign on the outside, “Sandy
Hook Memorial Never Forgotten.”

Inside the tent was a chaplain who asked that I not take any photos.
There were hundreds of stuffed animals and candles as well as children’s
art from around the country—if not the world. Inside was also a
donation jar that was at mid-afternoon close to full of money.

We signed one of the boards with condolences from Canada. I saw
adults and children inside the tent on the two visits we made. No one
was there who was impacted directly. I asked the chaplain if she had
seen any children whom had been impacted. She did not answer.

We found that the school can not be seen from the front when coming
down Riverside Road which is the only access to the school passing the
fire house. This may explain why there was no “media” photos of the
broken / shot out glass at the front.

We sat at the 100 Church Hill Restaurant for a couple of hours. There were about 10 people inside.

There were about 100 drawings from children from around the country
(if not the world) offering condolences and well wishes. No one was
talking about these. My partner and I spoke with a couple in their early
twenties for an hour or so. They were life long locals.

Eventually they asked why we were in Newtown and we told them we had
heard of their tragedy. They did not comment further and we did not push
the issue.

We then went to the offices of The Newtown Bee, the community’s
weekly newspaper, where we spoke with the editor, Mr. Curtis Clark. Mr.
Clark did not offer a warm reception and stated from the start that they
were concentrating the paper’s efforts on healing efforts and that he
had little time. I told him I was there to follow up on The Bee’s report
that stated, in part, “A man with a gun who was spotted in the woods
near the school on the day of the incident was an off-duty tactical
squad police officer from another town, according to the source.” I
asked who this officer was, and why he was in the woods.

Mr. Clark told me that there was a number of “conspiracy theories
floating around” and “some of them even suggest that the shooting didn’t
even happen.” Furthermore, “Snopes.com debunks many of these conspiracy
theories.”

I told Clark I was familiar with Snopes, but it was The Bee that
reported that this was an off duty officer prancing about in the woods
on the day of the shooting. Clark would not address this report and
became very agitated with me “interrogating” him. “I don’t intend to
discuss this any further with you,” he said. Mr. Clark then referred me
to the Newtown Police for any additional questions. As I was walking out
of the office I overheard a lady on the phone explaining to a caller
that “there is an ongoing investigation,” and referring the caller to
Snopes.com.

Read the rest of the article and see lots more photos…