UFOs: Why The Cover Up? Why The Disclosure?


UFOs: Why The Cover Up? Why The Disclosure?


UFOs are a growing topic of interest for many on the planet. As we
move through 2013 and beyond more people are becoming aware that the
subject of UFOs is taken extremely seriously by government and military
agencies worldwide. When we think of UFOs, our mind can instantly turn
to disbelief and ridicule, as well as develop a certain perception based
on mass media, television and movies. One can go the other route, do
some research and find that UFOs are indeed real, they are tracked on
radar and military jets are scrambled to check them out. 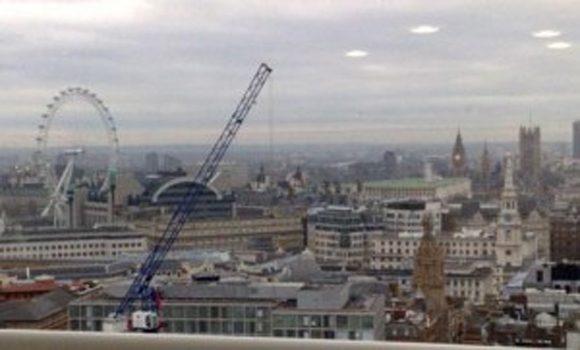 In the past few years, dozens of governments worldwide have admitted
to having programs that study the UFO phenomenon, and official
documentation released via the freedom of information act has allowed the public to actually have proof that UFOs engaged the interest of some high level people. Here is a list of 12 government documents out of thousands available that take UFOs seriously,
discovered by historian Richard Dolan. Not only that, we have had
credible witness testimony from high ranking individuals in the military
and political arenas. Click here to check out some of the credible witness testimony taken from various interviews. I
am convinced that many UFOs are indeed extraterrestrial spacecraft, and
given all of the evidence that’s presented itself in the public domain,
I think over 50 percent of Earths population is united in their knowing
of this fact. Knowledge on this subject is gained through research,
making connections and personal experiences, realizing that we are not
alone in the universe and never have been can be a paradigm shifting
experience.

So why cover up the UFO phenomenon for so long? Most of the documents
that are available in the public right now date back to the 1950′s. One
reason for the UFO cover up is suppression of clean energy technology.
Obviously, an important aspect of UFOs are how they operate and the
propulsion systems they use. Many believe that the UFO phenomenon has a
direct link to the energy industry, and that the
mutli-trillionaires behind the energy industry have put a large
amount of time and resources into the cover up. I wouldn’t be
surprised, if you follow the money and who controls the supply of it,
and then make the connection that most of the developed countries
monetary funds are allocated into the department of defense,the ones
that cover up the UFO phenomenon also own all of the planets resources
and industries that we use in our everyday life. Here is the trailer for
the documentary “thrive”, if you are wondering about the UFO phenomenon
and how it is related to the energy industry I suggest you check it
out.

Another reason for the cover up is for the continued control of the
human race. If we know we are not alone, we begin to see that there are
many concepts of reality as well as our human history that we are not
aware of. Many new questions come into play, especially with regards to
scientific information. Are these beings just extraterrestrial? Or are
they extra dimensional? How do they travel from one star system to the
next? Are they good?Are they bad? The mind can be taken on quite a
journey if this information was suddenly let out into the public arena.

We already have the technology to take ET home. We have
the technology to do anything you can imagine, but these technologies
are locked up in black budget projects that it would take an act of God
to ever get them out – Ben Rich, Former CEO, Lockheed Skunk Works

I am convinced that most researches of the UFO phenomenon are
convinced of the human soul, and that these extraterrestrial beings are
also aware of what we call the soul. Most of the fear and anxiety that
can be brought up when thinking about extraterrestrials comes from a
place of fear. It’s almost as if all of this information has been agreed
to be put out, and the ones putting it out are watching to see what our
reaction is to the phenomenon. The ones who have spent a tremendous
amount of resources on covering up the UFO phenomenon, in my opinion
have never had humanities best interests at hand, the fact that they are
constantly covering up aspects of reality that could help us leap into a
new type of existence and understanding for the human race isn’t a
great aspect of our reality. If extraterrestrials are real, more
questions must be answered, the history of concealment of information on
this planet has never really had good reasons for justification. Who
are we, where do we come from? How long have extraterrestrials been
aware of our existence, if they have been around longer than we have,
then they most likely know more to the story of the human race than we
do. These are just a few of many questions that would arise if the lid
was taken off the cover up in a more dramatic fashion. I’m sure the
group of elite would love to have us believe that UFOs are a serious
national security issue that creates cause for concern, but my heart,
soul, research and experience tells me other wise. I am also convinced
that some within the power structure, some involved with the secrecy
and cover up strongly desire for this information to be released. Either
way, the truth will keep presenting itself for us to see, and it’s no
coincidence that sightings are increasing as human consciousness
continues to expand, grow and evolve from a place of love, peace
cooperation and understanding. Our true nature as human beings is a
state of love, coming from the right place within us that resonates with
us the most. I have a feeling as we connect with ourselves,our true
natural state, more of our space brothers and sisters will keep showing
up.

Why the disclosure? I strongly believe that the slow release of
information and documentation has been done in order to slowly integrate
the human race into the understanding that we are not alone. I also
however believe that a large part of information release is connected to
a manipulation campaign. It’s definitely an interesting subject. How we
take in this information and what direction we choose to go is totally
up to us. I believe information concealment goes into occultism,
Illuminati, mysticism and a greater understanding about ‘science’ and
the true nature of our reality. Either way you look at it, you cannot
really debunk the existence of UFOs and extraterrestrial beings anymore.