I just learned of these domes, but it’s not new information,
it’s just another disclosure that happened while I was sleeping.
(grimace)

I have a great deal of respect for Richard Hoagland’s work and appreciate his tenacity in bringing us the truth.

Earth-Keeper James Tyberonn sent
a newsletter yesterday with some of the following about the domes and I
got an electro-jolt. This is a perfect example of the reality that has
been kept from We, The People of this planet for decades, and why it’s
incredibly difficult—no, IMPOSSIBLE—for so many to even entertain the idea that some of those spaceships we hear about are extraterrestrial/extradimensional.

We were in such a deep trance we were almost dead! It’s horribly
embarrassing to me that they were able to propagate the lies for so
long.

I watched all the TV programs and movies throughout my
childhood—Lost in Space, It’s About Time, Star Trek, Battlestar
Galactica, First Encounters of the Third Kind, Planet of the Apes, The
Day the Earth Stood Still, ET—all the while just knowing
extraterrestrial life was a reality, but never dreaming ETs were living
on our planet, hidden by our governments, or that the Galactics PUT us
here! The “missing link” indeed! How pathetic are we?

Get a load of these photos and conversation scrubbed from the
NASA Ground Control-astronaut communications from the first moon
mission. This is phenomenal! It screams, “WAKE UP! WAKE UP! WAKE UP!”

What really puts an added sting in the handling of that first moon mission is this: What the hell is that flag?!

“The
Freemasonic flag seen on the cover [of Hoagland's book] was brought to
the Moon by 32° astronaut Buzz Aldrin, and later ceremoniously presented
to Scottish Rite headquarters in Washington D.C.”
I guess they just happened to keep that from us, too. The Illuminati were sculpting our reality way back then, as well, all smug and smiling.

Had the truth of that mission been shared openly with the public,
the masses wouldn’t have a fear of the extraterrestrials attacking. If
they were malevolent, they would have destroyed the astronauts and their
craft immediately. They WERE just ‘watching’, as they have been for
millennia.Were it not for that coverup, Disclosure could have occurred ages ago!

The governments of the world don’t fear the Galactics or they
wouldn’t scramble their expensive jets chasing them away. They just
don’t want them around in plain sight, tipping us off to their
existence. They want US to fear them, however.

We really need those space ships to land on the White House lawn—now. That’s what it will take. 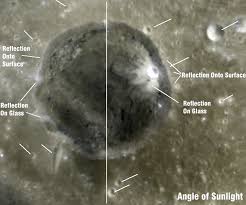 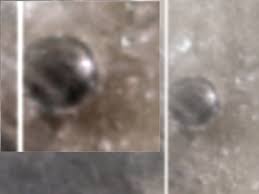 Reports (from several sources) have also adamantly
indicated that both Neil Armstrong and Edwin “Buzz” Aldrin saw UFOs
shortly after their historic landing on the Moon in Apollo 11, on 21
July 1969. According to a former NASA employee Otto Binder, unnamed
radio hams with their own VHF receiving facilities that bypassed NASA’s
broadcasting outlets picked up the following exchange:

APOLLO: “These ‘Babies’ are huge, Sir!
Enormous! Oh my God! You wouldn’t believe it! I’m telling you there are
other spacecraft out there, lined up on the far side of the crater edge!
They’re on the Moon watching us!”

In 1979, Maurice Chatelain – former chief of NASA
Communications Systems – allegedly confirmed that Armstrong had indeed
reported seeing two UFOs on the rim of a crater:

“The encounter was common knowledge in the inner circles of the Pentagon & NASA, but nobody has talked about it.” – M Chatelain – NASA

According to Dr. Vladimir Azhazha, a physicist and
Professor of Mathematics at Moscow University, Soviet scientists were
allegedly the first to confirm the incident:

“According to our information, the encounter
was reported immediately after the landing of the module. Neil Armstrong
relayed the message to Mission Control that two large, mysterious
objects were watching them after having landed near the moon module. But
his message was never heard by the public—because NASA censored it. “

In this video, a Project Camelot interview, Richard Hoagland
explains how we know about the “glass” domes on the moon, and dispels
the notion that the moon landing was done on a sound stage.

There’s plenty more information at this website featuring Richard Hoagland and his remarkable work if you’re inclined to dig deeper.

» Dome On Moon Near Many Lunar Buildings, NASA Source
» NASA Forgot To Erase This..
» Nasa Admits: We’re In Contact With No Less Than 4 Different Alien Species (Just Forgot To Mention It)
» WHISTLEBLOWER FROM NASA HAS EVIDENCE OF MOON PHOTOS BEING MANIPULATED TO HIDE UFOS!
» Neil Armstrong Audio Conversation with NASA about UFOs on the Moon - FindingUFO