OUT OF MIND » CHANGING ENVIRONMENT & NATURE » ATMOSPHERIC CHANGES » Why Are Giant Sinkholes Appearing All Over America? Is Something Happening To The Earth’s Crust?

Why Are Giant Sinkholes Appearing All Over America? Is Something Happening To The Earth’s Crust?

Why Are Giant Sinkholes Appearing All Over America? Is Something Happening To The Earth’s Crust? Tue Mar 05, 2013 6:00 pm

Admin
Posts : 108416
Join date : 2012-01-04
Location : Woodstock Nation
Why Are Giant Sinkholes Appearing All Over America? Is Something Happening To The Earth’s Crust? 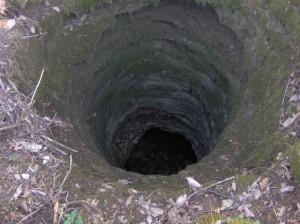 Where
are all of these giant sinkholes coming from? Of course there have
always been sinkholes, but over the past few years it seems like both
the severity and the number of giant sinkholes has been increasing
dramatically. So exactly why are so many giant sinkholes appearing all
over America all of a sudden? Is something happening to the earth’s
crust, or is there some other explanation? The “experts” are blaming
this epidemic of sinkholes on things like loose soil, acidic
groundwater, new construction, leaky water pipes, coal mines, fracking,
long periods of drought followed by rain, and depletion of underground
aquifers, but do they really understand what is going
on? On Thursday, a 37-year-old man named Jeffrey Bush living near
Tampa, Florida died when the earth underneath his home suddenly opened
up and swallowed him alive. His brother tried to help him when he heard
Jeffrey screaming, but it was too late. The entire bedroom was sucked
deep into the earth and the home had to be rapidly abandoned. Now
authorities are admitting that he will probably never be found. So is
this type of thing really “normal”? It would be one thing if this was
just an isolated incident, but the truth is that giant sinkholes have
been appearing with increasing frequency all over the planet lately.
Could this be an indication that major earth changes are on the way?

Florida has always been an area that has been prone to sinkholes, but
the numbers do show that sinkhole damage in the state has increased
very rapidly in recent years. According to ABC News, insurance claims related to sinkholes more than doubled between 2006 and 2009…

Hillsborough County, where Seffner is situated, is part
of an area in Florida prone to sinkholes, with insurance claims
associated with them more than doubling between 2006 and 2009, according
to a Florida Senate report.

But that is just Florida, right?


Other parts of the country are not having this kind of a problem, right?

Just check out what has been happening in Harrisburg, Pennsylvania
lately. There are dozens of sinkholes that have opened up in
Harrisburg, and the city is so broke that it doesn’t have the money to
fix all of them.

In fact, at this point there are 41 sinkholes that have been documented in Harrisburg, and many of them are right in the middle of the street…

Pennsylvania’s state capital is suffering from a rash of
monster sinkholes, but city officials are too broke to do anything about
it.
Loose soil and leaky, century-old underground water pipes are to
blame for the municipal nightmare, which came to a head on the New
Year’s Eve when a 50-foot sinkhole yawned open along Fourth Street, the Wall Street Journal reported.
The eight-foot deep crater — one of at least 41 in the city — is so
large, locals made it a “check-in” site on the social media site Four
Square.
Some cheeky residents and the media nicknamed the hole “Super Sinkhole Walter.”

Of course there have been lots of cities throughout U.S. history that have experienced such an epidemic of sinkholes, right?

There is no reason to be alarmed, right?

In a previous article about sinkholes,
I talked about a sinkhole that recently formed in Ohio that was the
size of four football fields and that was more than 30 feet deep. It
caused part of State Route 516 to collapse and authorities were projecting that the road would continue to stay closed for months to come.

But that is “normal”, right?

The giant Louisiana sinkhole in Assumption Parish that made headlines all over the nation last year is now more than 800 feet in diameter. It just continues to grow, and authorities have no idea when it will stop growing.

But this kind of thing happens all the time, right?

Just recently, large sinkholes forced roads to close in New Jersey and in Arizona.
Of course those incidents will soon be forgotten because there are more
news stories about major sinkholes in the United States almost every single day now. Giant sinkholes have been happening with such regularity that people hardly take notice anymore.

You can see some photos of some of the craziest sinkholes in recent years right here. It would be one thing if giant sinkholes were just appearing in the United States, but unfortunately that is not the case.
For instance, a sinkhole that appeared in the middle of Guatemala City in 2010 was about 30 stories deep.

Down in Sarisarinama, Venezuela some sinkholes have appeared in recent years that are more than 1,000 feet wide.

China has been one of the worst areas of the world for sinkholes over
the past several years. In fact, just check out what has been
happening in one village in China recently…

Residents in the village of Lianyuan in southern China’s
Hunan Province have been treading rather gingerly these last few months.
Over 20 sinkholes have opened up in the ground since last September.
The cave-ins, which range in size, have seen houses collapse and rivers
run dry. And there is never any warning as to where and when the
sinkholes occur. According to local authorities, the main reason for the
cave-ins is the number of coalmines in the area. It is not clear what
steps are being taken to prevent further sinkholes from appearing.

I could go on and on with more examples from all over the globe, but hopefully you are starting to get the point.

Giant holes are opening up all over the earth and swallowing homes, buildings, roads and sometimes even people.

So why is this happening?

Is the crust of the earth becoming more unstable?

Or is something else at work?

OUT OF MIND » CHANGING ENVIRONMENT & NATURE » ATMOSPHERIC CHANGES » Why Are Giant Sinkholes Appearing All Over America? Is Something Happening To The Earth’s Crust?