UFO Base In Kongka La Pass, Himalayas Near India-China Border

» UFO Base In Kongka La Pass, Himalayas Near India-China Border


Kongka La is the low ridge pass in the Himalayas. It is in the disputed
India-China border area in Ladakh.The Chinese held northeastern part is
known as Aksai Chin and Indian South West is known as Ladakh.This is the
area where Indian and Chinese armies fought major war in 1962.

The
area is one of the least accessed areas in the world and by agreement
the two countries do not patrol this part of the border.According to
many tourists, Buddhist monks and the local people of Ladakh, the Indian
Army and the Chinese Military maintain the line of control. But there
is something much more serious happening in this area.Few local people
on the Indian and Chinese sides, this is where the UFOs are seen coming
out of the ground. 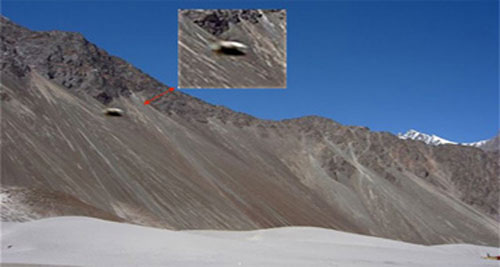 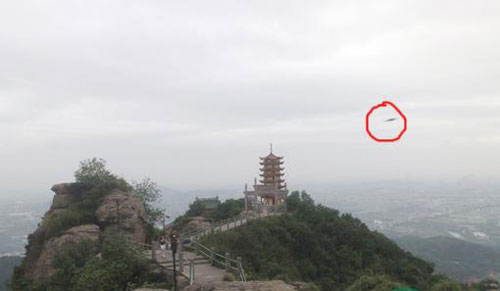 According to many, the UFO underground bases are in this region and both the Indian and Chinese Government know this very well.

Recently,
some Hindu pilgrims on their way to Mount Kailash from the Western
pass, came across strange lights in the sky.The local guides while in
the Chinese territory told them that this was nothing new and is a
normal phenomenon from Kongka Pass area - the tensed border region
between India and China.

This strange lighted triangular silent
crafts show up from underground and moves almost vertically up.Some of
the adventurous pilgrims wanted to look into the site. They were first
turned back by the Chinese guard posts as they were refused entry from
the Chinese side.

When they tried to approach the site from
Indian side, the Indian border patrol also turned them down in spite of
their permit to travel between the two countries.

Locals on both sides of the border believe there is an underground UFO base in this region with the knowledge of both countries.

Local guides say this is not something new and it is a very common sight in Kongka La pass.

This
theory is given credence by the fact that in June of 2006, satellite
imagery on Google Earth revealed a 1:500 scale detailed terrain model of
the area in question on the Chinese side of the border.

This model was surrounded by buildings resembling a military facility.

According to them the
extra-terrestrial presence is well known and is in deep into the
ground.They believe neither the Indian or Chinese Governments do not
want to expose the fact for some reason.

When they bring up this matter to local Governments, they are told to keep quiet and forget the same.