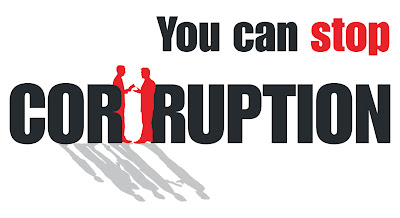 Greetings Friends -- I share with you here a
story of courage, strong will and determination. I share it simply to
paint a picture of what we are capable of when we decide, by our own
free will, to stand up against corruption and injustice. Right now, we
"the people" are the enforcement. Our individual acts scream the message
"We Will NOT Take It Any Longer!" I am here to share with you....our
screams have been heard.


The day quickly approaches where we will need to scream no more....


This post sheds some context to the story below:

Banks are closed for the weekend.

I answer the door and at my doorstep stands a tattoo-laden individual with piercings in his lips, nose, etc.

Rough around the edges.

After asking if I'm Thayne, he proceeds to inform me he'll be repossessing my truck.

I
was in shock for a moment, now facing the consequences of my actions (I
could no longer afford my truck payment from December onward and
stopped paying insurance on it after January).

He said he'd give
me a few minutes to get my things out of MY truck (Red flag, never
unlock your house or vehicle for a goon, no matter who they are
allegedly representing; nor give them your keys).

I quickly
gained the offensive and began utilizing what I've learned from Heather
and co. including a specific YouTube video I'd seen.

I started asking questions to throw him off-script.

I remained calm and re-assured him my issues were only with the bank.

He kept attempting to refer to an alleged order; to an agreement between the alleged bank and myself.

None of which he could produce to prove his allegations and justifications.

He continually used threats and coercion (script) against me but it shed from me like water.

I kept repeating that I know my rights.

He threatened to call the Sheriff who he alleged would allow the seizure of my property.

I asked what documentation he had to prove this.

I invited him to call the police. I informed him that the truck is registered in my name.

I
informed him that if this is the game he wants to play I would gladly
allow the police to escort him off my property for trespassing.

It's a civil matter.

It's the local authority's job to maintain the peace.

He had caused measurable damage to my energy.

He was disrupting my peace.

He was in the wrong the moment he attempted to interact with me.

They have NO rights to harm you under ANY circumstances; verbally, etc.

After becoming flustered, he finally said he had no choice but to call his boss.

He spoke with her for a moment and then handed me the phone.

She attempted to use her script (threats, coercion) without any success.

I simply kept asking questions; none of which she could or would answer.

She attempted to get me to admit to something she was saying.

She wanted me to admit that I'd failed to keep my agreement with this alleged bank.

I simply replied, "That's what you're saying" or something along those lines.

Never agree to any of their demands.

They have no standing whatsoever.

She continued to make feeble attempts at scaring me into submission.

Sorry, you picked the wrong person to threat and coerce.

I continued asking her to prove any of her allegations were lawful.

She kept arguing otherwise, losing her cool by the minute.

She played "good cop/bad cop" telling me how nice of a person I look like on my FB profile.

I responded by saying, "People break the law EVERY day (what laws right?).

Then she got really scary (yeah right!) and admitted what the law states.

That they can peacefully repossess my vehicle which I was obviously resisting.

Since they'd have to exercise force to do so, they have no choice but to leave.

She
proceeded to say how she was going to email the alleged bank in the
morning (bankers work on Saturdays? Barely!) and inform them that I
resisted and that she'd direct them to the finest attorneys in Missoula.

I said, "Great! I'd rather deal with the law anyways!"

I
handed the phone back to her goon and once he got off, he simply said,
"Have a good evening." and proceeded to vacate my property IMMEDIATEDLY.

I never gave into them.

On Saturday, I filled out my first Courtesy Notice and faxed it to her.

They've all been foreclosed on!

They have no ground to stand on!

It's important to remember they're people.

No one said it would be easy but it is worth it.

On a side note, I'm learning to let go of these possessions anyways.

Everything is still in bondage and will be freed in short order.

By no means is this glamorous.

We are outlaws; out of law.

We are also leaders.

It's our job to lead; by action.

We are manifesting our realities.

If I gave into fear, I may as well have simply handed my keys over and given up.

I re-incarnated into this life for the purpose I'm fulfilling NOW!

I am so powerful I scream it sometimes!

I
thank the Creator and rest assured knowing the Universe has, does and
always will align with my thoughts, feelings and actions.

I've seen the evidence of this.

I am manifesting my reality, always.