OUT OF MIND » CONSPIRACY THEORIES & ENDURING MYSTERIES » CONSPIRACY & FALSE FLAG EVENTS: PAST & PRESENT » Did You Forget About Sandy Hook? Many Truthers Have Not [video]

Did You Forget About Sandy Hook? Many Truthers Have Not [video]


Did You Forget About Sandy Hook? Many Truthers Have Not [video] 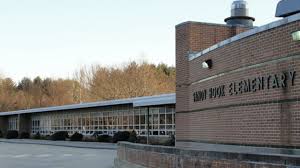 Some
people are so invested in this horrific deception that three months
later they continue to dig, review video footage, listen to police radio
audio, talk to people, call in on radio shows—even law enforcement
officers are saying “it just doesn’t add up”, telling us we were not
told the truth about what transpired at Sandy Hook.

The fellow who made the video below shows footage of actors and/or
FEMA employees milling around, going in circles near a school that has
been closed for months, going in one door of the building, and coming
out another, wandering aimlessly, “doing” nothing but walking; no
bodies, no blood, no teachers, no parents, no nothing resembling the
scene of a massacre—BECAUSE THERE WASN’T ONE.

I posted a video a couple of months ago showing aerial footage of the
school just hours prior to the so-called mass shooting on December 14th
with no cars or people whatsoever around it because it had been closed
for months.

Adam Lanza, the young man who was blamed for the assassinations
actually passed away the day before (Dec. 13th) according to the death
certificate so it was safe to blame him and say he’d shot himself at the
scene. Cause of death has been suggested as “doctor-prescribed,
FDA-approved medications” by some Truthers. I certainly go along with
that.

As far as the details of the case go, it seems like they threw a
bunch of variables in a hat on little snippits of paper and, like the
game of Clue, they drew them out one at a time and came up with a weak
and holey story like, “The butler did it. He killed Mrs. Peacock in the
drawing room with a candlestick”, on a day when it was the butler’s day
off and he was with his buddies on a fox hunt, the drawing room was
being painted by a crew of men, all the candlesticks were accounted for
in the kitchen because the house staff were polishing them AND Mrs.
Peacock is up in her room and just asked for tea.

So, Adam Lanza did it (even though he’d died the day before) with
hand guns (but they “found” a stash of rifles in the car he drove to the
school) and all the victims just happened to die, and at one point
Lanza’s mother supposedly worked at the school, but actually she didn’t,
because the school was closed for months before the shooting, and the
school nurse was hiding in a closet for over 4 hours??? and the local
law enforcement threatened to arrest truthers and anyone who contested
and publicized anything other than the official version of what happened
and now the townsfolk refuse to utter a word about it—it can’t get any
more ridiculous!

Also: A “court judge said… that search warrant affidavits for the
cars and home of Adam Lanza and his mother would stay sealed for
another 90 days”. And why would that be? So no one can prove that
Adam didn’t do it. They’re hoping we’ll all just go away, get busy with
our lives and forget about Sandy Hook and the absurd “official” accounts
of what transpired and why.

The lamestream media stepped up to bat and hit a home run for the
Illuminati with bases loaded and the sleeping masses were so interested
in their beer and hotdogs they didn’t even see the play.

What the Illuminati didn’t count on was that the referees (We, The
People) are reviewing the actual video and our decision is, “it’s a
lie”; a false flag to serve the Illuminati agenda and we’re calling them
on it.

This “massacre” and the ensuing media circus were part of a federal ruse in part
to play the people to get them to rant and rave that guns have to be
taken away. There is evidence that William Cooper predicted this hoax
and other school shootings years in advance, just as he predicted
9-11—for which he was murdered by government agents. (If you’re not
familiar with William Cooper yet, do a search on “the Watcher Files” on
this blog and you’ll get an eyeful.)

The fact that no residents of Newtown will say one word to anyone in
discussion of what happened is a glaring red flag. Clearly they were
threatened—something the government is well versed in.

I’m so glad I don’t live in Newtown, CT. I can’t imagine having the
lies and secrecy hanging over my head every day. The feds probably
offered rewards to anyone turning in neighbours who “talked”. How can
you live a normal life under those circumstances?

The Illuminati are masters at manipulation and the sleeping ones
played right into their hands. Even U.S. sheriffs are refusing to comply
with the proposed federal gun confiscation laws, so what does that tell
you? If our LEOs are telling us we need to keep our weapons to protect
ourselves, what does that say about how they view our government? Doesn’t give me the warm fuzzies.

Then there’s the issue of the ley lines and the unmistakable
pentagram on which Sandy Hook falls and the construction of the school
to mimic the sacrificial burial temples at the Teotihuacan pyramids in
Mexico. There, human sacrifices (beheadings) were made to the great
feathered serpent on certain days of the year around the time the Sandy
Hook fiasco took place.

No, I don’t believe the Sandy Hook scenario is only about
the gun grab. Nothing is ever that simple with the dark cabal. There
will be plenty of gnarly details coming out down the road until all the
puzzle pieces are in place and we can see the big picture.

The Truth about everything that has transpired on this planet is
going to sicken people, and I figure it’s best to continue getting the
facts out there a little at a time because those who get it right
between the eyes all at once are going to have a very difficult time of
it, and for that reason, I’m going to keep dripping on you. Fellow
Lightworkers—you’re exempt! You already know the score and have dripping
of your own to do. Interesting video, though, and one more piece of
the puzzle.

OUT OF MIND » CONSPIRACY THEORIES & ENDURING MYSTERIES » CONSPIRACY & FALSE FLAG EVENTS: PAST & PRESENT » Did You Forget About Sandy Hook? Many Truthers Have Not [video]