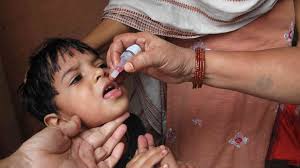 India and Chad? Definitely part of the Illuminati eugenics agenda.

‘Is the vaccination program in fact a eugenics program?’, he is asked.

He explains how he believes in withdrawing care from old people as
it’s too expensive, and he prefers to fund education, and vaccination
instead. Hello Liverpool Care Pathway.

The vaccines he distributes have also been shown to be causing the
very diseases they are intended to prevent. Richard Branson and Ewen
McGregor are publicly supporting his campaign, resulting in mass
paralysis of children in India and Chad.

Guest
Eugenics is such a slippery idea. Most of us [not all] tend to think the world would be in much better shape if there were less people. That's not really true but it's a tempting idea; I've heard a lot of people express support for it over the years. The major major problem is: who gets to decide? And what are the criteria? Only the most arrogant amongst us can say with a straight face- "old people" or "the non-productive poor" or "people who reproduce too much" should be curtailed. So inherently by definition, the eugenicists who have the audacity to think they are special enough to be the ones to decide who should live and who should die are really genocidists, and they are allowed to pursue their evil agenda because the majority of people silently support them.