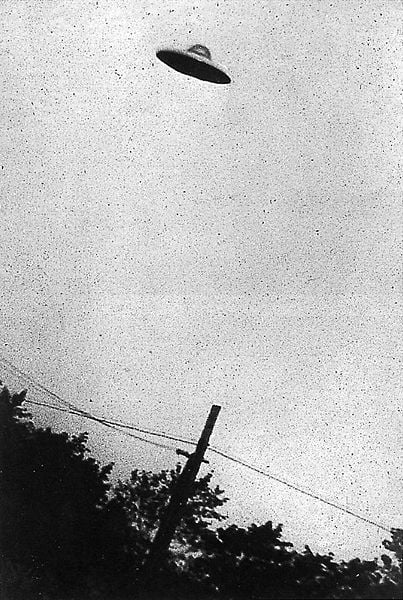 Another
recent story from John Kettler… Could we have chosen a more exciting,
exhilarating time to be on this planet? Imagine if you were still asleep
and missing all this!


You can bet I’m going to be watching to see if any of our cacti
turn purple! (although we have some that are already purple-ish—but not
barrel cacti).

Could these wonky energies be involved in the beaching of the manatees in Florida?

ETs/EDs (Extraterrestrials/ Extradimensionals) of the Liberation
Forces are engaged in a series of epic investigations of the gravest
import, some of which are so out there they’d make your heads explode.
Provided you could follow the arguments. I find it difficult, since mine
already did! Suffice it to say the investigations are of the most
profound and determined sort, with the firm intent of getting behind all
sorts of veils, lies and misdirections in order to arrive at truths
carefully hidden for ages from the ETs/EDs themselves. Things are not at
all what they appear to be, and the traps for the unwary are numerous.

Meanwhile, the ETs/EDs have to hold the planet together on the one
hand, while allowing necessary, carefully metered expansion on the
other. The sinkholes appearing in a bunch of places are reportedly
evidence the planet’s becoming less cohesive, making the whole planetary
stabilization drill all the more ticklish. And necessary. Several more
PSS (Planetary Stabilization Ships)
have been brought in to help deal with the new complexities and
strains. The ley lines themselves, which define the energetic lines of
force on this planet, are somewhat unstable, hindering certain
operations here.

To those paying attention, it’s apparent the opposition is going all
out in an effort to fulfill one or more agendas. Tunneling is evidently
going on at a furious pace, and the sensitivity of that activity may be
gauged by the forced demise of the informative magazine SCIENCE
ILLUSTRATED at the hands of the government. The April-May 2013 issue was
the last one, and here’s why. SCIENCE ILLUSTRATED was allegedly going
to out the black underground evacuated tube MagLev “train system” in
which, thanks near zero drag and localized antigravity fields in each
pod, speeds as high as 4000 mph are possible. Some arm twisting by
government agents stopped that planned outing, but the magazine refused
to buckle, instead reframing its approach by revealing some of the key
technologies directly, while alluding to others. “Faster Than A Bullet
Train” is must reading for black program buffs, particularly in concert
with the works of Richard Sauder and the various descriptions out there
of the deep network of tubes linking all sorts of overt and covert
government installations. That’s why the magazine was killed, and it’s
by no means the first.

GUNG-HO magazine published two front page bombshells. One, written by
a Navy physician, asked “Is AIDS Manmade? The other, written by
aviation writer Jim Goodall under an alias, was titled “Stealth And The UFO Connection.”
We now know the Deep Throat for that was Ben Rich, who succeeded Kelly
Johnson as head of the Lockheed-Martin Skunk Works. In very short order,
GUNG-HO was gone. It took longer to kill PERCEPTIONS magazine,
which was telling way too much truth about way too many things, but it,
too, was driven out of business. Doubtless, there are other casualties
of this sort, but the pattern should be obvious.

The government seems to be falling apart on one hand and digging
itself in while armed to the teeth on the other. In what’ll be the
subject of a future post or posts, I can say the government,
particularly DHS (Department of Homeland Security), has been buying lots
of ammunition, armored vehicles, grave liners and body bags. But why?

Some here will immediately default to the NWO (New World Order)
takeover scenario, but is that necessarily the case? The government may
well fear wholesale chaos in the event of a number of scenarios, one of
which I just learned of. My understanding is that SCIENCE NEWS recently
reported the identification of a new SARS-like disease with a 90%
mortality rate. The first question I had when I heard this is “Is it
natural or manmade?” The second is “How long ago did the government know
of this before the information went public?” So far, I don’t know. I do
know that such an epidemic would unhinge civilization as we know it,
and that scenario terrifies those in power. At least, the flunkies who
won’t be invited into the underground cities and will, presumably, be
left here with us. To their profound shock and dismay! This scenario
might explain many disturbing reports. Also, if the intention is to kill
us en masse, then why buy a superabundance of grave liners and body
bags? Wouldn’t trenches or empty quarries make better sense? It does
make sense in the context of trying to contain a nasty bug.
Not-for-attribution contacts are appalled by much of what is happening
and note with disgust, regarding DHS, “They don’t even bother to hide
what they’re doing.”

NASA hasn’t yet identified the solar issue it sent out the alert
about, but we’re still here. The energies coming in are extraordinarily
strong. Their chief form of expression that I’ve experienced, seen and
had reported to me is that they knock people out for considerable
periods of time. I’ve also noted all kinds of communication disruption:
repeatedly crashed or frozen (already pathetic) Internet, computer
spontaneously resetting and cyber burping (text vanishes), cell calls
dropped, difficulties getting in touch with people, and more. Another
aspect of these energies’ arrival seems to lie in utter exhaustion and,
at times, inability to do the simplest things in terms of brain
function. Talking basic math in the head and stupid simple stuff like
subject verb agreement. Have also lately noted confusion readily occurs
for me in the face of any kind of ambiguous or multiply interpretable
statement. The ETs/EDs report”We don’t have a handle on this, either.”
Presumably, they mean the energies, their current and unknown future
effects.

Then, there are the purple plants I mentioned in my last post. While there already is a bunch of purple plants, as seen in this list,
since putting up the prior post, I’ve been getting some remarkable
purple plant reports. Of these, my current favorite is of a barrel
cactus which was green and is now purple. I have some familiarity with
this topic, having spent seven years in Arizona as a kid. In that time, I
saw hundreds of barrel cacti. The live ones were all green. Nor have I
ever heard of a green cactus suddenly turning purple. The ETs/EDs,
a Ground Contingent and others said purple plants were coming and to
watch for them. If the feedback I’ve been getting is correct, the purple
plants I was talking about are here!