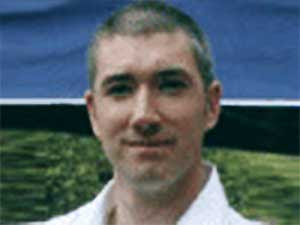 James Casbolt describes his work at secret underground military Genetics lab in England, specializing in the kidnapping, torture and murder of children..
James Casbolt describes personally abducting children with the co-operation of what he calls "military operatives" in which they were abducting children and then spiriting them off to a secret deep underground genetics laboratory located in Peasemore England.
His testimony matches that of Barry King, who himself has admitted working at the very same undergrond facility in Peasemore, England..
James Casbolt, former worker at secret Base called Peasmore in England, describes Human abductees being used as "Parts" and bodily fluids from victims stored in large "vats"
Let's take a look at what God has to say about those who try to hide these crimes in deep underground facilities, apparently away from prying eyes:
Though they dig down to the depths of the grave, from there my hand will take them. Though they climb up to the heavens, from there I will bring them down..
Amos 9:2
Apparently these so called secret underground bases will prove to be the most expensive tombs ever built for those who think they will be able to hide from the wrath of our Lord, when He comes to execute judgments for these despicable crimes against Creation itself.
Read James Casbolt's terrifying tale of Mass Child Abductions:
.Underground Bases and Missing Children -By James Casbolt
Examine:

My name is James Casbolt, and I worked in MI6 covert cocaine trafficking operations with the IRA in London between 1995 and 1999. My father Peter Casbolt was also MI6 and worked with the CIA and mafia in Rome in 1993 on covert cocaine and heroin trafficking operations.
The global drugs trade run by many factions of the global intelligence community co-operating together (MI6, CIA, MOSSAD etc) is worth at least £500 billion a year. This is more than the global oil trade. MI6 control many of the other intelligence agencies in the world. MI6 created the CIA in 1947 and still control them today. This ‘black ops’ drug money or in classic Orwellian terms, MI6/CIA ’non-appropriated funds’ is being used to fund government and military projects classified ‘Above top secret’.

These operations include a huge worldwide UFO cover up and the building and maintaining of deep underground military bases (D.U.M.B.S).

There are many of these bases worldwide but here is small list.
1- Dulce in New Mexico 2-Brecon Beacons in Wales 3-Los Alamos in Mexico 4- Pine Gap in Australia 5- The Snowy mountains in Australia 5- The Nyala range in Africa 6- West of Kindu in Africa 6- Next to the Libyan border in Egypt 7- Mount Blanc in Switzerland 8- Narvik in Scandinavia 9- Gottland island in Sweden and many other places. These projects are being run by a secret, unelected international governing body connected to the U.N.

Thanks to Alfred Webre and:  http://rikijo.blogspot.com

I think more are getting it, little by little. I share this stuff on facebook also. Lots of Warriors out there.

We ALL just have to keep chipping away.