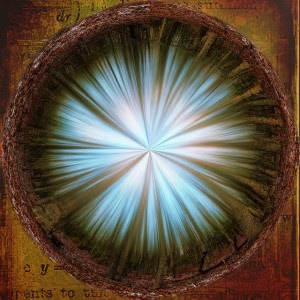 P.M.H. Atwater, L.H.D., New Dawn
[b style="color: #f06a1d; outline: none; text-decoration: none;"]Waking Times [/b]
My research has shown me that the near-death experience is not some kind of anomaly, but is, rather, part of the larger genre of transformations of consciousness. The clue most researchers miss is stress; specifically, the intensity which comes from that stress (known in shamanism as “high stress”). The entire pattern of aftereffects and the degree to which people change, can be traced to that factor. It’s the intensity that shifts experiencers into what is called a “threshold experience” – one that straddles the boundary between this world and other worlds, between the brain and that which lies beyond what the brain can access, between reality and miracles, mind and spirit, life and death, heaven and hell, sanity and insanity.
Once we understand this shift, we can begin to unravel how the transformational process works. At the threshold of who we think we are and what lies beyond body and brain, is the core of ancient mysteries. We are transformed by the Oneness we find there.
My research of near-death states spans 33 years and covers nearly 4,000 adult and child experiencers. Not counted in this are the many sessions I held with significant others. Before my own near-death experiences in 1977, I was equally involved for over a decade studying and experimenting with altered and mystical states, psychic phenomena, and the transformational process, involving over 3,000 people. For some reason unknown to me, my research projects were never small. I have always preferred looking at things from multiple angles and differing views. Police investigative techniques have been my protocol throughout. Since this method relies heavily on observation, comparison, and analysis, it is never constrained by words, language, or culture. Numerous sources of verification are used, and this can include questionnaires for double checking previous findings.
This work has enabled me to recognise that near-death experiences are not some kind of anomaly, but are rather part of the larger genre of transformations of consciousness. We single them out as “different” because near-death states occur mostly at accident scenes, in hospitals, or in environments where devices are available to record vital signs thanks to trained emergency personnel. Contrary to the notion of how these episodes form, the scenarios they cover, and the pattern of physiological and psychological aftereffects that usually increase overtime – is the fact that near-death-like experiences (where death is not imminent) and impactual spiritual transformations (regardless of how caused) manifest the same patterning.
What links these types of in-depth transformational experiences is stress; more importantly the intensity of that stress.
Before such an episode occurs there are stressors, conditions in the experiencer’s life, that point to either unrest or inattention. And these are present universally. What caught my eye with near-death and near-death-like states were episodes that occurred under these conditions:

The majority who go through such a process experience an enlargement and expansion of consciousness, exhibit the sudden surfacing of latent abilities, face a confusing array of psychological and physiological aftereffects, and are never quite the same again.
It is my belief that the reason this process of convergence and transmutation is universal, is because all of us, now and through the ages, are and have always been imprinted by the same creative impulse that originated us. The mark of our creation is what we display whenever our consciousness is set free to rediscover itself and the source of its being. After a threshold experience, we feel as if we have found “home” because the home we think we’ve found already exists within us – and always has. We recognise the place because we never left it to begin with.
High stress pushes us to where we must face that legendary boundary that separates worlds readily accessible (what we know), from those either infra or ultra to our sense of perception (what seems as if fantasy, imagination, or mystery). In mythology, fear is the “watcher” at the threshold gate. Intercessories who can act as guides are loved ones who have previously died, angels, religious figures, visitors from other worlds, special animals, maybe birds. The final arbitrator, though, is always the heart.
The Key Role of Our Heart
Tradition says that it is the heart that decides: if you make it through the threshold gateway, where you go once you pass, and if you can return to the life you left. Drawings from ancient Egypt illustrated this final step by showing a set of scales for weighing a person’s heart at death. If the heart was weightless like a feather (indicative of a selfless life), the individual passed into the worlds of spirit. If heavy (indicative of being ego bound), the individual was rejected and had to face punishment or some type of abandonment.
How can the heart organ, unique as it is, be the final arbitrator of what happens at the passageway?
Let’s take a moment to examine how this might be true. Research has shown that 60 to 65% of all heart cells are neural cells. This enables the heart to function in many ways like our brain does. Yes, the heart is the major glandular structure in the body, but it also produces an electromagnetic field 5,000 times more powerful than that of the brain. Shaped like a torus doughnut, the heart field busily converts one form of energy into another as it generates an infinite number of harmonic waves. These harmonics run throughout all bodily systems, and are so sensitive that they react to conditions four to five minutes before actual occurrence. This futuristic awareness tells the heart if what’s coming is positive or negative so it can prepare. First the heart feels the coming event, then the brain is aware of it, then the eyes see it. The heart, literally, is our first responder.
Harmonic heart-waves come into coherence when you feel good, are in love, experience happiness, have bonded with someone in a positive way, or are in a supportive relationship. When the heart’s energy coheres, it taps into higher energy fields to empower itself, while emoting feelings of love and connectedness. This feeling sense operates like a thinking mind and with an unbelievable memory. Heart harmonics entwine worldwide. Spiritual traditions claim this is so because our heart is the centre of our soul. A soul set free by these harmonics, serves – as foretold in ancient Egypt and from wise ones who recognise the power of the heart.
Love, or lack of it, dominates near-death, near-death-like, andspiritually transforming experiences . The fullness of love, being loved, and discovering the power of love appears to determine the overall effect transformational states have on experiencers, their significant others, and anyone who hears their stories. It is no exaggeration to say that the majority of threshold experiencers return “in love with love.” Being bathed in love beyond measure, pales anything less. A challenge experiencers have afterwards is to “step down” this power a few degrees so as not to freak out people.
The heart’s code is love: love of Source, love of others, love of self. To talk about threshold experiences is to talk about the heart’s ability to expand, embrace, and include the fullness of waveform harmonics. Where does this take us? Always to the same place… Oneness.
All transformative experiences throughout what we can know of time reflect this… what is now termed “the perennial philosophy.” All the great thinkers have spoken of this, going back to Plato and beyond. All native peoples draw pictures of this or speak of it in their songs and stories. All of those who successfully passed the “tests” of the hero’s journey, who made it through the boundary and returned infused with a new wisdom and a new knowledge – described what they discovered as Oneness: